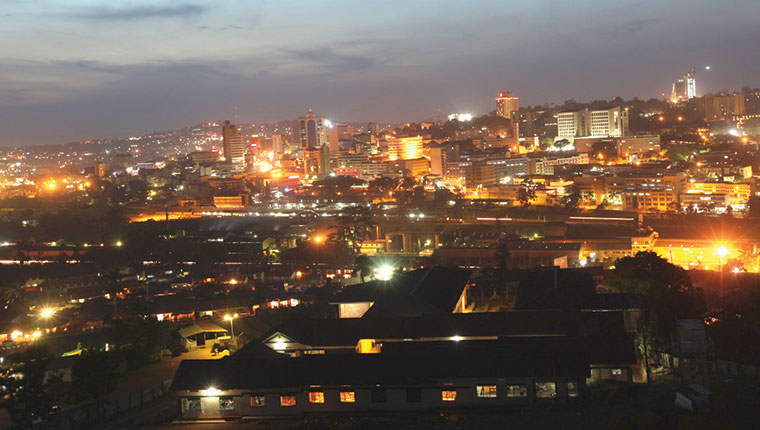 Uganda Revenue Authority (URA) announced that informants who report non-compliant taxpayers leading to the recovery of tax arrears can earn up to Shs 100 million, according to the Tax Procedures Code (Amendment) Act, 2022.

While the practice of rewarding informants is not new to URA, the tax authority has now instituted two reward categories for the 2022/23 financial year. First, the reward for informants that lead to the identification of a non-compliant taxpayer and in this, a person that provides information leading to the identification of a tax evader will be paid one per cent of the assessed tax, or Shs 15 million, whichever is less.

For example, a well-known method of tax evasion employed by Kampala City arcade owners is to charge tenants a certain amount of rent, but then furnish receipts for a lower amount, putting tenants in a situation where they cannot defend their true expenses to determine their taxable income.

Earlier, Fred Enanga, the Uganda Police Force spokesperson, said the closure of more than 200 arcades in 2020 as a Covid-19 containment measure had exposed how the arcade owners had been verbally forcing their tenants to pay higher rent fees but issuing them receipts reflecting less payments.

“Police have nothing to do with tax collection but it is true that the lockdown enabled us to know the tax fraud, which has been going on where a landlord charges rent of Shs 2 million and gives the tenant a receipt of Shs 300,000,” he said.

Another widespread method of tax-evasion is to declare rental income for only a subset of properties that a landlord owns, while the income earned from the majority of properties goes undeclared altogether.

This practice is landing landlords in trouble as the Act also contains penalties for landlords that falsify business information to undervalue tax obligations. The penalty was increased from Shs 4 million to Shs 110 million for FY2022/23, upon conviction of a taxpayer for making false or misleading statements to URA.

URA has already employed technology to identify landlords with undeclared properties who are not being honest about their rental income earnings, with the launch of the Rental Tax Compliance System (rTCS) in April this year.

The rTCS integrates data between government agencies such as the ministry of Lands, Kampala Capital City Authority (KCCA), and National Water and Sewerage Corporation (NWSC), among others, to collectively determine property ownership, property type, tax obligations, and tax history for any individual or corporation in a single data repository.

However, with URA’s announcement of the increased whistleblower incentives, landlords are also fearful their own tenants will turn them in. Robert Wamala Lumanyika, the URA acting manager, Public and Corporate Affairs, says rewarding whistleblowers seeks to enhance voluntary compliance, which in the process will help URA to collect government’s due share from non-compliant taxpayers.

Lumanyika says during the 2021/22 financial year, more than 126 whistleblower cases were handled, from which more than Shs 133.37 billion was assessed and recovered. This number is expected to grow this year.

The commissioner general of URA, John R. Musinguzi, says it’s only a matter of time before URA catches up with landlords who are under-declaring rental income. And when they do, the result will be long, protracted and expensive audits, on top of the fines and penalties they will be subjected to.

Landlords who have been cheating the system can take action through voluntary disclosure. Voluntary disclosure occurs where a taxpayer voluntarily discloses what ought to have been disclosed but was not declared or partially declared before being prompted by any action or threat of action on the issue by URA, such as tax investigation or request for tax information.
Once you agree to pay the outstanding unpaid tax, you won’t be required to pay any interests/fine due to URA.

“The practice at Uganda Revenue Authority is to audit three years or less. However in cases where there has been tax fraud, we are forced to investigate backwards from there,” says Musinguzi.

“On the part of the taxpayer, if you know there are some tax issues that have not gone right, utilise the voluntary disclosure window; come on your own before any prompting from URA, and declare any tax matter that has not been going right in your organisation,” he added.

Landlords registered for Value Added Tax are encouraged to provide Electronic Fiscal Receipting and Invoicing Solution (EFRIS) receipts to all tenants. Not only could landlords face stiff penalties for providing false information about their rental income to the URA, those landlords who are VAT-registered but have not implemented URA’s EFRIS, or who are not issuing EFRIS receipts to all of their tenants, could face additional penalties.

EFRIS is mandatory for all VAT taxpayers, including all businesses with an annual turnover of Shs 150 million and above. Failure to use EFRIS will require an offending taxpayer to pay 1,500 currency points or imprisonment not exceeding 10 years or both. Each currency point translates into Shs 20,000, which means that such an offence committed under EFRIS will attract Shs 30 million.