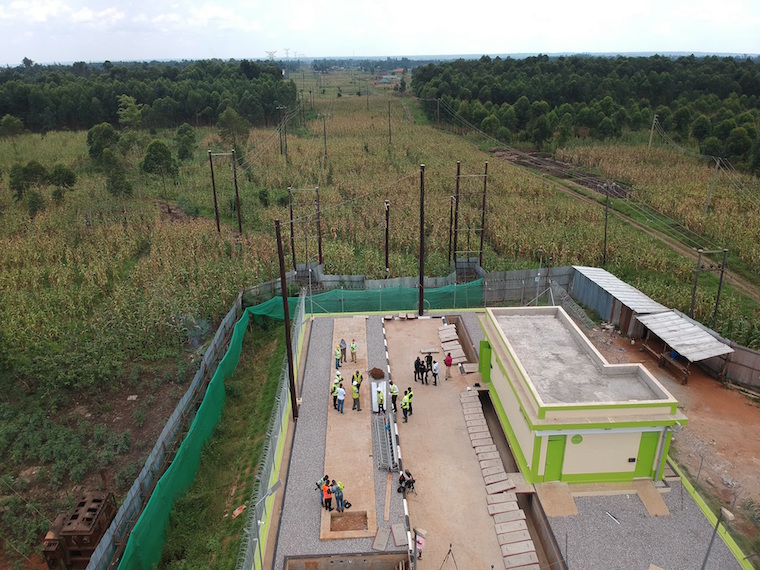 Stakeholders in the electricity sector are mulling over the use of unmanned aerial vehicles (drones) to deter vandals from stealing electricity infrastructure.

The belief is that such technology would cancel out the limitations of foot and vehicular patrols in checking ‘rampant vandalism’ in many isolated areas. Additionally, unlike cameras, which criminals have in the past stolen, drones would literally be out of the vandals’ reach.

This, however, is a long–term plan, according to a ministry of Energy and Mineral Development document before parliament’s Committee on Environment and Natural Resources.

“The long–term measure is to use modern surveillance and deterrent technology to check the vice [vandalism]. This requires substantial resources. The ministry has started engaging possible partners in this regard,” reads an excerpt of the document.

Whilst the document does not give details, according to the Uganda Electricity Transmission Company Limited (UETCL’s) head of Security, Ronald Bogere, they are considering drones.

“In South Africa, they started something, which we are studying. It is expensive but the regulator should allow the technology so that we can maybe put sensors on towers to easily get alerts if there is interference.

“We are also considering unmanned vehicles to watch the lines. We have to consider these because we incur huge expenses replacing vandalised infrastructure,” Bogere recently told police and army officers during a Umeme-organised stakeholders’ engagement in Mbarara. According to the Auditor General’s report for the year ended 30 June 2021, between 2017 and 2011, UETCL spent Shs 2 billion on replacing vandalised infrastructure.

Relatedly, though not in the Auditor General’s report, between 2016 and 2020, Uganda’s main power distributor Umeme lost transformers, overhead and underground conductors worth Shs 20 billion to vandals.

Many transformers contain oil, which, according to some accounts, vandals steal and sell to persons who either need it to cool welding rods or to adulterate fuel. Yet other vandals target transformers with the hope of getting their motors’ copper windings to sell.

In the case of lattice towers, thieves target the metal which they sell to scrap metal dealers, who it is believed later sell to some steel factories spread across Uganda. The replacement of the stolen power infrastructure is later borne by the electricity consumers through the retail power tariffs, or taxpayers. Thus, it is in the consumers’ and taxpayers’ interest to protect the infrastructure.

According to Godson Nsekanabo, the head of security at Umeme, the utility is engaging communities to take charge of the infrastructure in their areas. Nsekanabo said in places where Umeme moved from door to door, enlightening communities on the safety risks resulting from vandalism such as electrocution from sagging conductors, poles falling on houses as well as unplanned outages, such communities have since started protecting the infrastructure from trespassers.

Vandalism has been on the rise, prompting the Energy ministry to constitute a committee comprised of the police, army, power utilities and intelligence services to put their heads together and come up with a lasting solution to the vice.

Police are to help with investigating those behind the vandalism and the buyers and through their roadblocks check trucks transporting scrap metal to satisfy themselves that they are not ferrying vandalised electricity infrastructure.

The utilities are helping in the verification of items that contractors use to ensure they were not stolen. The External Security Organisation is to investigate claims that some of the stolen infrastructure is exported while the ministry will come up with relevant polices.  While a law that provides for longer jail terms and higher penalties has since been assented to by President Yoweri Museveni, Ugandans are still waiting for the gazetting of a statutory instrument that will provide the law’s implementation.