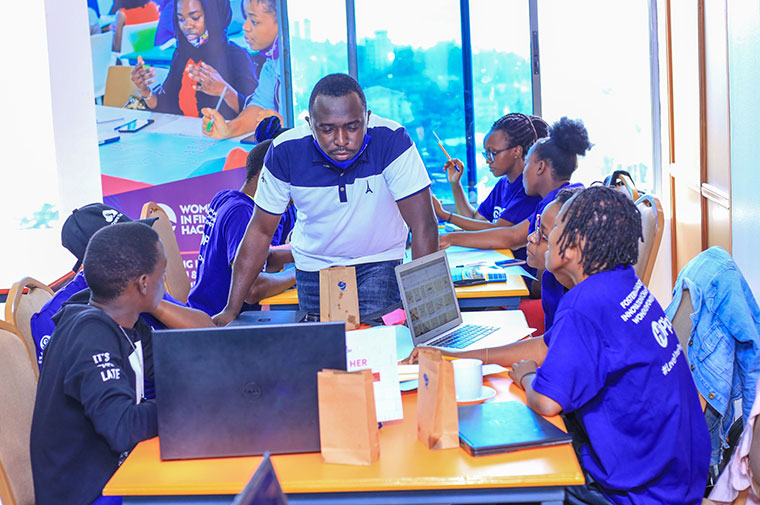 To further champion women’s financial inclusion, and close the gender gap in access to technology, skills, and usage of digital financial services, HiPipo Foundation has launched this year's Women in Fintech Hackathon and Summit finale slated to run from September 10-16, 2022.

It will provide women innovators and students an opportunity to use digital financial technology to explore business concepts. Through active participation in the initiative developers are set to be trained in rolling out financial technology products that are well tailored to serve women and everyone.

More than 100 women have already been trained and equipped with the latest fintech skills, and at least 10 products have been initiated and taken to the market by Women in FinTech participants, in addition to individual participants and teams getting seed capital from both the project and external contributors to further pursue their ideas.

Additionally, the Incubator program will run from late October to the end of January 2023. This year’s edition will be bigger and better with the entry of CyberPLC Academy as a strategic implementation partner.

The hackathon will introduce participants to useful tools and offer an introduction to technologies such as Mojaloop Open-Source Software, and guidance from Level One Project foundational material. The skills gained from this initiative will cover Level One Project principles, Instant and Inclusive Payment Systems (IIPS), inclusive finance, and fintech in general.

“Our ultimate objective is to help achieve a leveled playing field by guiding the African continent into fully maximizing its digital dividend and potential, with the entire populace equitably participating in the use, leverage, dissemination, innovation, adoption, and adaptation of secure digital financial services to improve their lives and livelihoods,” Innocent Kawooya, the HiPipo CEO noted.

The 2022 edition will kick off with a virtual East African round that will have participants from across the region taken through daily training and assessment for 5 days (August 29 to September 2), with the top team from each country automatically qualifying for the grand finale to be held in Kampala.

Interested participants from Kenya, Tanzania, Rwanda, Burundi, and South Sudan will register for the virtual round between August 17-26 while Ugandan participants will submit their entries from August 20-29.

The hackathon is open to women-led teams of 2 to 4 members, with each team having at least 67 per cent female composition.

“We are excited about this year’s edition. The past two editions have been highly impactful with different participants being able to take their innovations to the market while others are in the process. The third edition is going to be bigger and better as we welcome East African participants. We are indebted to our partners, and supporters and commit that we shall not stop because financial inclusion is a right for everyone,” Kawooya noted.