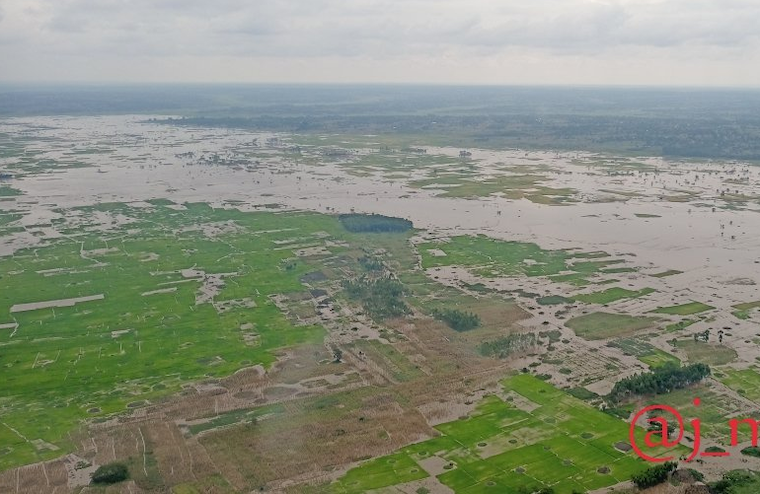 Young men perched on the rails of an overloaded truck shout a the top of their voices in the dusty potholed suburb near Kampala where I live.

They are calling out for potential customers for a product that is used in all parts of urban Uganda. Unlike their counterparts who sell vegetables and foodstuffs and even herbal drugs, these guys on the truck haven’t yet acquired some cheap speakers that can play recorded messages about their goods on a loop.

Maybe their elevated points at the top of the lorry enable them to be heard without artificial amplification. Or it is because the product they are selling is used by millions of households in Uganda and therefore don’t need to go all the way.

As Uganda increasingly urbanizes, the dependency on charcoal increases by the day. Charcoal just like firewood is a byproduct of trees, which have been cut across the country so people can eat steamed Matoke or well mingled maize meal. Obviously, this is contributing to the severe dry spell that we have been experiencing for the past three months or so.

The drought has left many people dead in Karamoja while in some other parts of the country, Ugandans are on the brink of starvation. Our agriculture is largely subsistence where people only grow food for domestic consumption using the same methods as their great grandparents centuries ago.

Agriculture is largely dependent on rainfall. When the rains are expected like this September (start of the second annual wet season), people start. preparing their gardens for planting crops. If the rains don’t come, then a disaster like we are experiencing today looms large on the horizon for most families. And if they come early, a crisis ensues.

We must embrace technology not only in farming but also in other areas. We need a paradigm shift in our energy consumption. Should we continue depending on firewood and charcoal or protect our forests by relying on other sources of fuel such as electricity and liquefied petroleum gas (LPG)?

The move by the ministry of Energy and Mineral Development to distribute one million LPG cylinders is the right move. Previously, the same ministry had created a system where units of electricity for cooking have been subsidized.

We need to see more of such initiatives but also make it expensive for people especially in the urban areas to use charcoal. Charcoal distributors can be licensed for sustainable management of forests but also increase taxation on them while reducing on those involved in clean technologies such as briquettes.

Regulating this trade is key. A campaign to discourage use of charcoal is also important for urban dwellers. The argument that charcoal is cheaper than electricity or even LPG is a myth that needs to be debunked.

Most times, once the cooking is done, lit charcoal remains unused leading to wastage. It is cumbersome to use and dirty and many times, traders like those boys on the truck that frequent my suburb sell sacks that are full of other materials that aren’t necessarily usable charcoal.

Protecting our forests and putting in place other measures that protect the environment will reduce on the frequency of harsh weather events so that when the rains come like they did over the weekend, they don’t cause as much havoc as they did in Mbale over the weekend and other parts of eastern Uganda.

By the time of writing, 10 people had died in the floods. Appropriate technology must be embraced to improve our yields as well in case of prolonged dry spells.

In Kampala, dairy products were not being stocked at the level they usually do just because cows didn’t have enough grass and water. An image even circulating on social media claimed that in some supermarkets, milk was being restricted to two litres per a customer!

A prolonged dry spell is the worst worry for farmers including those you would expect to be deploying technologies for irrigation.

This comes at the time when there is already shortage of food particularly wheat from Europe amidst a global inflation crisis partly attributed to the after-effects of Covid-19 and the ongoing Russia-Ukraine war. We must embrace new ways if we are to avoid the repeat of the disaster in Mbale and Karamoja.