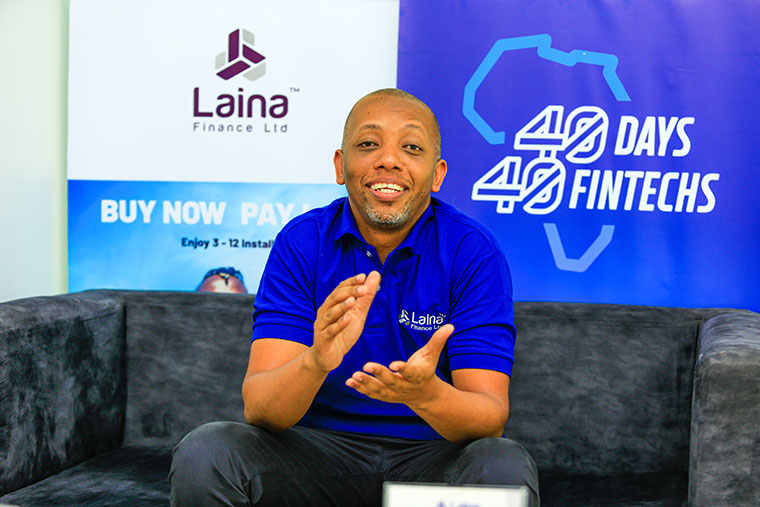 For some, such upgrades are necessary in order to meet their daily work, family or community responsibilities commitments while for others, upgrading from one device to another is trendy and a show of class and social status.

However, the cost of the latest devices is usually a turnoff for the majority who are unable to hold the devices of their dream because they can’t afford a single one-off payment.

Such scenarios are what Laina Finance is addressing in Tanzania. Through partnerships with mobile network operators (MNOs) and finance institutions, Laina Finance is enabling hundreds of Tanzanians to acquire their preferred devices on credit and pay later in installments until the total cost is cleared. Laina is a Finnish word meaning loan.

Laina Finance is an integrated non-deposit-taking micro-finance service provider that extends payment plans for the purchases of goods and services by allowing customers to pay over a period of three to nine months. It offers micro-finance payment plans for electronic devices (smartphones and other home gadgets) and insurance policies.

The company has developed a digital financing platform that includes risk management, a credit decision engine, and a loan management system. This platform enables Laina Finance to make instant decisions on the issuance of micro-loans or purchase finance plans.

“There is a lack of credit-based payment options. In developed countries, there are credit cards that support credit purchases. Here, there are very few options. That is the space we are trying to address. We are addressing the issue of affordability and also supporting businesses to grow,” Tonny Missokia, the business development director at Laina Finance said, adding;

“With the introduction of flexible payment options, we have statistics that show that the businesses we are working with have increased their sales and also eventually got profitable.”

Altogether, Laina Finance’s portfolio is around $400,000, with the company allowing instant and real-time transactions between both businesses and clients.

“We have issued out around 7,000 payment plans currently for different consumers in different segments including government and non-government employees and mere mobile subscribers without bank accounts. The majority of our clients are unbanked – about 70 to 80 per cent and the other segment is for salaried clients. About 24 to 27 per cent of the users of this service are women. We have reached close to 400 business partners around the country,” Missokia said.

Laina Finance is participant number 47 in the 2022 40 Days 40 FinTechs initiative organized by HiPipo in partnership with Level One project, Mojaloop, ModusBox, and Crosslake Tech and supported by the Gates Foundation. It is also the final participant of this year’s edition.

Its good financial inclusion works are already getting international recognition with a continental award already in the bag.

“This year we have been lucky. We won the award for the Best FinTech Providing Device Financing in Africa during a tech event in France. It was quite an eye opener for us to learn that there is a big ecosystem to support fintechs,” Missokia said.

He added: “Even though here in Tanzania we are still at a very infant stage, such platforms motivate us. Such platforms include the 40 Days 40 Fintechs initiative that is traversing the East Africa region and giving fintechs a chance to tell their story and also learn from one another. Thank you for coming up with such a movement that is giving African fintechs a chance to be noticed.”

The #40Days40FinTechs platform is run under HiPipo’s Include Everyone program that also encompasses other initiatives such as FinTech Landscape Exhibition, Women in FinTech Hackathon, Summit & Incubator, and the Digital and Financial Inclusion Summit and Digital Impact Awards Africa.

It offers participants useful tools and an introduction to the industry’s emerging technologies, such as Mojaloop Open Source Software, and guidance from Level One Project foundational material. The skills gained from this initiative cover Level One Project Principles, Instant and Inclusive Payment Systems (IIPS), inclusive finance, and fintech in general.

This year’s edition has covered physical locations in Uganda, Kenya, and Tanzania.

“It is exciting how this season has turned out. We conclude with Laina Finance, a company that is giving hundreds of Tanzanians a chance to purchase personal electronics and pay later. This is clearly one way of having more people join the digital economy as it allows upgrade from a feature phone to a smart device,” Innocent Kawooya the HiPipo CEO noted.

He added: “This year we received over 100 submissions from all over Africa and have been able to feature 47 participants based in Uganda, Kenya, and Tanzania. All these have unique stories and are addressing real financial inclusion issues. We featured the biggest fintechs and the most promising start-ups.”