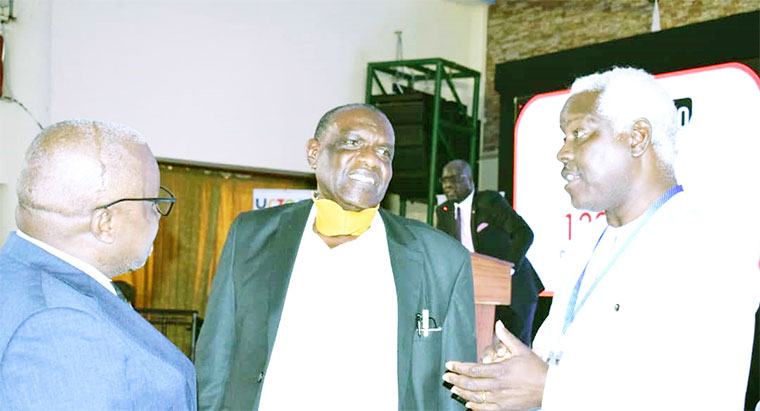 As the oldest government entity, UPPC seeks to preserve Ugandan history and heritage by creating a digitized national archive that would be easily accessible to the public but most importantly, it wants ministries, departments and agencies (MDAs) to respond positively to President Museveni’s directive to give it printing and publishing works, writes NATHAN ATILUK.

“We depend on funds from the business that we do with MDAs and non-state actors. We operate as a business and pay taxes to the Uganda Revenue Authority. We need the support of MDAs. We have the solutions to your printing and publishing needs. We are committed to serving you better,” he said.

Oluka was replying to queries about UPPC’s capacity and added that in the long term, UPPC will be enhanced to world-class standards when a security printing company that is currently being constructed by Uganda Security Printing Company (USPC) is completed. On September 28, 2021, President Museveni wrote to the prime minister directing her to prioritize procurement of government printing work to the Vision Group and UPPC.

“Whereas, MDAs spend over Shs 50 billion annually on printing work alone, very little of this work, goes to them and UPPC...It is important that government supports them. I am, therefore, directing you to communicate MDAs to ensure that all their printing works are given to the Vision Group and UPPC.”

At the end meeting, various representatives from MDAs promised to follow up on the president’s directive to give UPPC business. USPC was formulated in 2018 as a special purpose vehicle to revamp UPPC. It is a joint venture between the Government of Uganda, represented by UPPC with majority shares of 51 per cent, and a German Consortium Veridos with 49 per cent. It is a 15-year partnership.

Currently USPC is mandated to print passports that meet international standards and electronic drivers’ licenses. According to Oluka, UPPC’s success lies in the uniqueness of its mandate of security printing, and the corporation’s ability to deliver on it effectively.

“Throughout the 120 years, we have contributed immensely to the printing of Uganda’s history, be it from the legal perspective by printing laws and the gazette or the printing of other historical documents, reports, photographs, among others,” he said. “To preserve this history better and make it more easily accessible, we are in the process of digitizing the vast amount of information and documents in our stores. We want to build a national archive. We are also expanding our  national reach by opening outlets in the regions.”

On his part, chief guest Hajji Yunus Kakande, also the permanent secretary, Office of the President, said the celebrations come at the time when UPPC has just acquired very powerful and versatile equipment in form of the 4-colour printing machine and with plans to acquire the 5-color machine.

“Even as the UPPC has brought itself to the highest standard possible in the printer industry; its potential clientele has been slow to respond to the presidential directive that requires all the MDAs to surrender all their printing jobs to the UPPC and the New Vision Printing and Publishing Corporation,” he said.

“I therefore wish to appeal to the Managers of the MDAs and the Private Sector to consider partnering with the UPPC because of the above factors, including the more important reason that we now offer a standard, quick and competitive output, probably unmatched in the industry.”