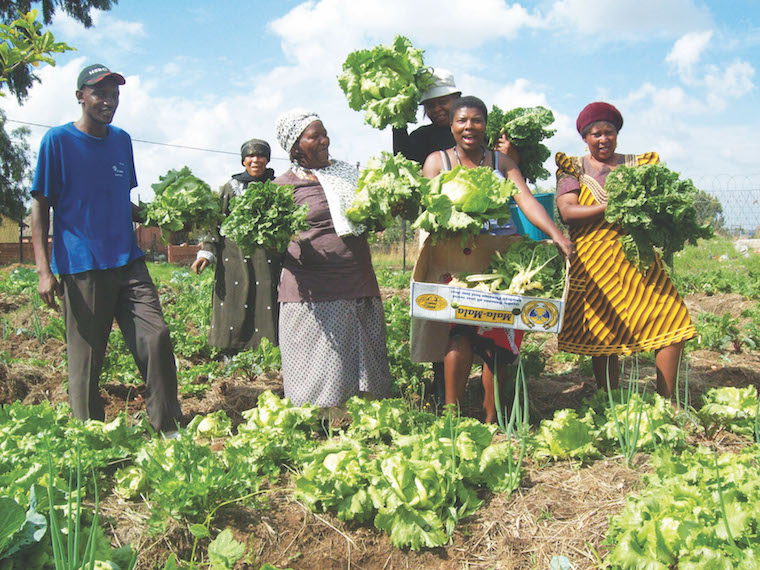 Disease and natural disasters have devastated many of Uganda’s small-scale farmers, who didn’t realize they qualified for a government insurance program, writes NWAKISANZE SEGAWA.

When Irene Namwangye decided to venture into pig farming in 2018, she knew it involved some risk. But she never thought that in only three years, she would be completely broke and out of farming. Namwangye says her business started to collapse one day in June when she found one of her pigs sleepy and uninterested in eating.

She didn’t pay much attention, thinking the animal was having a lazy morning. Later that day, she found it unresponsive. Others followed. Within two weeks, she says, all 50 died of swine fever, a highly contagious viral disease that affects only pigs.

“I was devastated,” she says.

The disaster cost Namwangye her capital and 30 million Ugandan shillings (about $8,400) in annual income. It felt like a brutal injustice, given that only a year earlier, she had lost 30 pigs to the same disease. Namwangye was even more distraught recently when she learned that if she’d had insurance, she would still be in business.

As natural disasters and diseases continue to bankrupt small-scale Ugandan farmers like Namwangye, an insurance program the government launched in 2016 to help them mitigate losses remains underused.

Small-scale farmers contribute 80% of the industry’s output, a Ministry of Agriculture, Animal Industry and Fisheries report says. But a 2015 study by the Ministry of Water and Environment exposed the industry’s vulnerability to natural disasters.

It estimated that from 2010 to 2011, farmers lost crops and livestock valued at $470 million to drought. The report also projected overall losses of $1.5 billion by 2050, prompting the government to launch the insurance program.

Insurance premiums for Uganda’s program depend on the size of the farm, says Alhaj Kaddunabbi Ibrahim Lubega, the chief executive officer of the Insurance Regulatory Authority of Uganda, a government agency. A government subsidy covers 50% of the premium for small-scale farmers with fewer than 5 acres of land and annual revenue under $6,000, and 30% for large-scale farmers. Those in disaster-prone areas can get up to 80% of their premium paid, Lubega says.

But many small-scale farmers say they are unaware of the insurance, and those who know about it say they thought it was only for wealthy farmers.

“When a relative in Kampala asked if I had insured my animals, I thought she was joking,” Namwangye says.

She would have paid a monthly premium of $8 for the insurance, which she says she could have managed. Edward Nsubuga, a farmer who has been growing food crops for 15 years, says he lost 4 acres of maize to army worms in 2018 and an acre of yams to flooding the following year.

“I never insured my crops because I had never heard of a government insurance scheme,” Nsubuga says.

Dick Sserunkuuma, a professor in the Department of Agricultural, Environmental and Development Economics at Makerere University in Kampala, calls the program a great initiative for the agriculture sector. But he thinks the government should opt for different means to inform Ugandan farmers.

“Using television isn’t the most effective,” Sserunkuuma says. “How many rural farmers in Uganda have access to television?”

He encourages officials to tailor outreach programs to each farming community and involve local leaders, who farmers know and trust. He also says the 5 billion shillings ($1.5 million) the government allocates to the program annually is too small to make any significant impact in a country where most farmers rely on the natural environment, which is already facing growing threats due to climate change.

“Five billion shillings a year in insurance subsidy is nothing, even if you exhaust all of it,” he says.

Lubega, the government official, acknowledges that the program hasn’t reached its full potential. He attributes low enrollment to the unpopularity of insurance in general and to farmers’ lack of information about eligibility.

“Insurance is something many Ugandans need to be educated about.”

The government is increasing efforts to correct the false notion that the insurance scheme benefits only wealthy farmers, he says. Most of the program’s 280,000 beneficiaries have been small-scale farmers. To increase enrollment, Lubega says the government has stepped up outreach through television and radio advertising.

Officials also have agreed to increase funding for the program for the next four years, he says, and hope to reach 750,000 farmers. The Agro-Consortium, a coalition of insurance companies participating in the government program, and the Uganda National Farmers Federation, a farmers’ lobby, also have plans to visit communities around the country to inform farmers about the program and its importance.

For Namwangye, the knowledge has come too late. She is taking a break from pig farming but hopes to start back up next year when she has gathered enough capital.

“I will resume when I am emotionally ready,” she says. “When I do, I will definitely get insurance.”