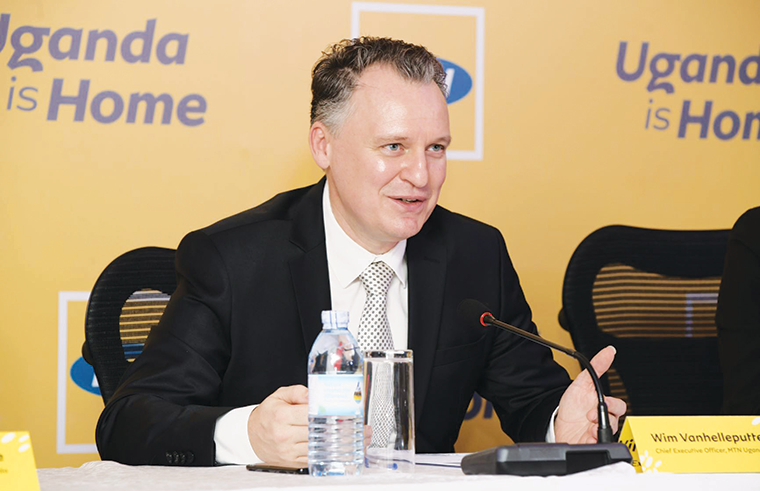 All indications are that the MTN Uganda’s six-week sale of shares to the public, which closed on November 22, performed below expectations, and that suggestions to extend the sale had been laid on the table.

MTN’s sale of the shares, sometimes known as the Initial Public Offer (IPO), was expected to bring at least 108,000 new shareholders to the market. By the close of the IPO on Monday, that number had just passed 60,000. The finer details of the IPO will be released on December 3, but some experts say that this will be the first undersubscribed IPO in a long time in Uganda.

The company was expected to collect $250 million from the IPO, but there are indications that the figure will be far below that target. Ultimately, MTN’s performance was hurt by a cocktail of factors, both internal and external.

Let’s start with the external factors. From the time discussions between the government of Uganda and MTN Uganda over the need for the telecom company to sell its shares to the public started more than two years ago, everything pointed to the company being arm-twisted on this policy directive.

MTN Uganda had given indications that it did not feel comfortable listing on the Uganda Securities Exchange. Listing shares obviously comes with sharing the cherry pie of the Ugandan market, which the telecom company has dominated for more than a decade.

Also, placing the company on the Uganda Securities Exchange would subject the telecom giant to intense scrutiny, and ultimately open it up to applause and criticism in equal measure.

As part of the requirements to renew MTN Uganda’s license, the Uganda Communications Commission ordered the telecom company to list 20 per cent of its shares to the public. Considering this is the largest company in the country in terms of revenue generation, a 20 per cent stake was always a huge figure.

For a country like Uganda where trading in shares is not a popular business venture among the public – only 42,000 investors (both retail and institutional existed on the Uganda Securities Exchange before the MTN IPO was launched – floating 20 per cent shares was always going to be a hard sell.

The timing was also not that perfect. Uganda’s economy is still emerging from the impact of the Covid-19 pandemic. Lockdown measures are still in place. Schools are still closed while the nightlife – one of the country’s popular tourism sectors – remains largely quiet.

Many Ugandans, who have either lost jobs or taken salary cuts, lack disposable income to invest in shares. The performance of the Uganda Securities Exchange has also not excited potential investors. A number of counters such as Umeme, Uganda Clays and National Insurance Corporation are trading at levels below their IPO prices.

Even when companies have strong fundamental factors for future growth, the fact that the securities exchange has few retail investors means that share prices can hardly move upwards.

Ugandans hardly look at a company’s fundamentals to make investment decisions on whether to buy shares or not. They tend to move with a wave, such as Safaricom’s IPO in 2008.

This creates a major problem of being ignorant about the company. The MTN IPO has received a lot of criticism on social media platforms, some of which has been biased and based on lack of understanding of the stock.

However, to blame MTN’s poor performance on external factors would be unfair. The under-subscription has everything to do with MTN’s internal decisions as it was with the external factors.

MTN’s public education of the IPO appeared weak at times, and there was an indication that it took the market for granted. Road shows, where investors were to be educated on the IPO, also faced the challenge of respecting government’s standard operating procedures of limiting gatherings to 200 people.

However, the telecom company did not do enough to use the other easier available channels to educate the public. At least two things came up in different social media platforms – the price of the share and whether mobile money was part of the products that formed part of the IPO.

There is an argument that the MTN share price of Shs 200 had been overpriced. And it appeared that MTN had taken this decision so that more retail investors can hold onto its stock in case the share price drops in the early weeks of its listing, which appears is what will happen.

A lawsuit by maverick lawyer Male Mabirizi questioning the legality of the MTN IPO had the potential to scare international investors. Stocks do not like such noise, and the chances of investors getting worried is high. Mabirizi’s lawsuit and the social media firestorm that accompanied MTN’s IPO appeared to scare away investors.

MTN appeared to have acted too late to tackle these problems. When the telecom company announced that it had raised the share purchase cap to Shs 20 million, up from Shs 5 million, three days to the closure of the IPO, as part of a last-minute attempt to salvage the stock, and get more investors to make a huge swoop, it was too little too late.

+4 #1 Joe 2021-11-24 16:01
Of all the things you enumerated as possible causes of a poor IPO performance, one stands out; we were told that MTN was not going include the Mobile money part of its business in this 20% offer, yet we also know or hear that mobile money accounts for 40% of the company's revenue! That was a big factor in people's lack of enthusiasm in the IPO.

MTN did this IPO in bad faith, it doesn't help that black Africa is viewed by SA with a level of disdain(the rape capital of the world likes to remind us that they are not "another African country"), who knows these factors didn't influence the buyers bias as well! I wish they did, for when will our people learn to use their economic power to make a statement.
Report to administrator