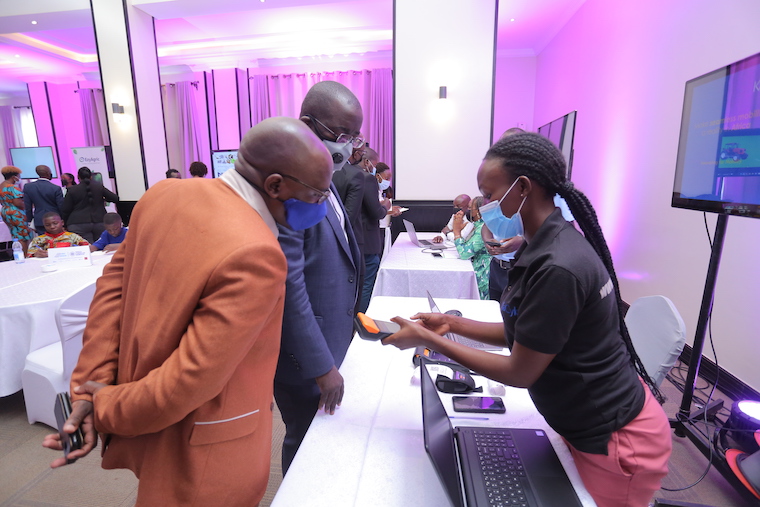 By ignoring the last-mile customer in their digital ecosystem, Ugandan banks and telecoms have not only inadvertently contributed to financial exclusion of the unbanked population and unserved merchants, but also curtailed their profit margins. However, the intervention of fintechs could bridge that gap soon, writes FRANK KISAKYE.

"If they are telling us to put money on digital wallets in banks and mobile money, then why do I still need cash to pay for goods and services?" asked a participant at the second edition of the 40 Days 40 Fintechs exhibition at Mestil hotel last week.

The general consensus among experts in attendance was that despite the advancement in technology that has eased digital payment systems, financial institutions continue to create bureaucratic demands and walls around the usage of their services.

John Mark Ssebunya, a digital and financial platform architect, put it to the banks’ failure to implement real-time payments or making it costly and cumbersome for customers to effect realtime payments across the different payment structures.

Only recently, Centenary bank came under social media storm for charging Shs 600 each time a customer checked for their account balance using their mobile phone.

Ssebunya said, for example, that he has seen colleagues withdraw cash from one bank account to deposit it on another account in a different bank because it will take several days for the money to reflect if it was just digitally transferred.

“There was a realisation that while people got accounts, there was a limitation in usage because the different players were not interconnected. So, for someone to move between a bank and a telecom, or a telecom and another telecom they needed to go through a heavy exercise of providing papers, documentation for that transaction to happen,” said Ssebunya.

With interoperability, Ssebunya says all the financial ecosystems would be connected together and have the transfer of funds in a seamless realtime way. He said Visa and Mastercard have shown how interoperability can work even at a grand global scale.

In their defence, Stephen Mutana from MTN Uganda said the reason for the rigorous and endless process for the customer is because there are so many undisclosed structural, infrastructural, legal checks and costs that make interoperability a little harder for financial firms.

“Interoperability is just not about the transfer of funds; it includes more than that. It can be merchant payments; you need to be able to go to a merchant store somewhere in your neighbourhood - it could be a supermarket. You need to go there whether you have an account with Stanbic, MTN or another operator, you need to go there with the comfort that any account that you hold can be used to make payments and this merchant can accept payment from anywhere. Usually, when businesses start out, they design for themselves and close systems and there is need to bring back power to the customer,” Mutana said.

He revealed that they too recognize the need to bring the costs of digital transactions down and also enable more domestic and regional transactions even at merchant level. For instance, he said, someone on M-Pesa (Kenya) service should be able to actually do a transaction in a supermarket or a pharmacy in Uganda seamlessly.

According to Mutana, discussions are being held between the players and very soon, interoperability across countries will be possible.

“People are moving from Nigeria to Uganda, Uganda to Ghana and wherever and they have these mobile wallets; so they want those things to work. They don't want to get to a country and then register and set up a country-specific wallet," he said.

He argued that currently, this is expensive because just like mobile money, this is also based on agent networks earning commission and running other operational costs and the final customer has to pay for those costs.

Paul Tamale agreed with Mutana, saying as industry players, there are so many costs they incur to enable transactions including licences, infrastructure installation and maintenance, technology suites - details they don’t tell beforehand to a customer about what it takes to enable transactions.

“At a much broader level, even the government and the regulators should be interested in interoperability because it is about seamlessness, it is about efficiency, it is about giving options. Open systems are usually more engendering innovations than closed systems.”

“Of course the other thing that we need to think about is that it may not be our own [banks] initiative but it might come from regulation. You have seen what has happened in neighbouring Rwanda when the government woke up and said no; transferring money from your bank to the mobile wallet should be free and the other way. What that means is that increasingly, we must heighten the conversation and look forward to partnering more and see that we can offer those services cheaper and we don’t really have to wait for the regulator to come in and say this is how you should do it,” Tamale said.

Arnold Azairwe from Pegasus Technologies, a mobile money payment aggregator and solutions provider, said currently in the Data Protection and Privacy Act 2019 and National Payment Systems Act 2020 there is enough binding and enabling legal framework to enable players to have confidence and trust each other’s data and system to work together.

“Are we comfortable doing interoperability or do we like working in silos? I think the short answer is, there is not just the appetite, but there is also the need. Remember at the end of the day, we’re trying to see that the customer who is the consumer of our services has no barriers. You imagine for a moment if the only calls you could ever make were to the telecom to which you subscribe.

Imagine if the only calls you could ever make were to MTN and if you needed to call someone of Airtel you need to look for an Airtel phone and then call. It is that same limitation that we’re trying to remove in financial services - the portability of services across the different platforms,” Azairwe said.

“I’m glad Mutana is talking about open systems. They have recognised that the only way to survive is not to protect what you have, but to share it. It is a paradox that when you share it, then you get more. When Mutana allows people on Airtel to send MTN mobile money what he, in effect is doing is expanding the number of people who can send money into his ecosystem. He benefits in doing that. It has both a financial advantage and where he would, say, protect his 11 million subscribers and Airtel won’t have a share of those, and Airtel also protects its own group. We’re now saying, we shall open it up and together we shall have a group of 17 million people that can send money across eco-systems. The paradox here is; in sharing, where you grow actually...Banks have come out to accept this. In the beginning, there was a big China wall between bank accounts and mobile wallets. That has fallen away now. We know that movement of money from mobile money to banks is easy but there is still a lot more that can be done.” he added.

Unfortunately with so much corruption in the country, such ability for the humans to accept is very difficult indeed.

The constant higher payment charges in the use of digital transactions will continue unabated!
Report to administrator