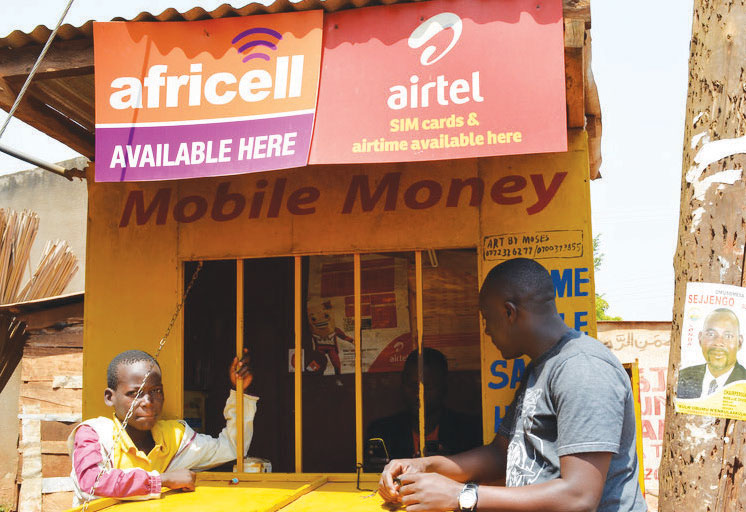 Stiff competition and high indebtedness have forced Uganda's third-largest telecom service company by subscriber base, Africell, to quit the country.

The company says its services will stop on October 7, this year, according to a letter circulated to its employees, who will continue to be in employment until November 30.

Africell Uganda says its vision was to be a leader in mobile services and making an impact in digital transformation of society. The statement says that the stiff competition has made it difficult to achieve its business objectives, hence the decision to quit.

“In Uganda – a country with a mature and competitive telecom sector – we believe that the opportunity to achieve this impact is increasingly limited. We have therefore taken the difficult decision to permanently end Africell Ug’s operations in Uganda,” the statement says.

The Lebanon-based Africell Holdings, entered the Ugandan market in 2014 by acquiring Orange Uganda, and has been mostly known for its affordable internet service packages, and relative network stability.

The minister for Finance, Planning and Economic Development, Matia Kasaija says it is sad that foreign companies are exiting the Ugandan market at this time, saying distressed companies should instead approach the government for advice or help before taking such a decision.

Kasaija says companies that quit Uganda in times of economic hardships, lose their credibility as far as being a partner in economic development is concerned. Kasaija says Uganda is not the only economy affected by the hard operating environment.

"Yes, I'm concerned because they have been working with us and they have been employing our people. So when they go, of course, we lose jobs, so definitely am sad. That is why I'm saying please don't go, stay. Stay, we can work out some mechanism that can allow you to survive as the economy begins to pick up. I'm not happy because even where they are going things are not easy - America and Europe are equally struggling. Going away because the economy is bad and returning only when the economy is doing well shows that they are not committed to building our nation." Kasaija said.

The management noted that their decision to quit will have a long-term impact on the telecommunication sector in Uganda, but an immediate impact on the employees.

The employees have been offered severance pay, payment for unused annual leave, repatriation pay for those eligible to it, as well as full salary and benefits during the rest of the employment period. The company says its decision is aimed at enabling it to focus on other opportunities “for social and commercial impact”.

In 2019, the company was reported to be indebted to the tune of Shs 250 billion, while it made a loss of more than Shs 1.5 trillion. Part of the debt was been inherited from Orange when it purchased it.

In the same year, Ziad Daoud was named chief executive in efforts to stabilize the company. He resigned in March 2021 to be replaced by Houssam Jaber.

The letter to the staff says that starting now, they will no longer accept new customers, while the remaining period will help the existing ones migrate to other networks. Africell's exit comes after the exit of international chain supermarkets; Nakumatt, Uchumi, and Shoprite after finding it tough in the country.

Most telecom markets are duopolistic, and can only support two heavyweights at a time, leaving the rest as collateral damage in a savage capitalistic environment.

If Orange cut it's losses and ran, how was a first timer like Africell going to do any better.

By the way, this company received hundred of millions in investment from the USA's OPI , where did that money go? Was OPIC naive, or was there something that we can't see?
Report to administrator
+1 #2 Failed State 2021-09-08 01:27
As a long suffering local entrepreneur, I am happy that all the pain I have been through in doing small local business with Multinationals as my principle competitors, is showing I the balance sheets of these very predatory companies.

At one time I even thought that my pain was mine alone, a result of bad business acumen. Now I can see clearly that I was not the only one hurting.

Everyone's hurting in this economy, and I will get worse before it gets better. ShopRite, Game, Africell....the list will just get longer... We are as far from the fake economic miracle than we have ever been.
Report to administrator
0 #3 Failed State 2021-09-08 01:32
In Uganda, local businesses never die. The owners don't allow to quite, that is why when the owners die, the businesses also die.

But naive analysts instead try to blame the death of these businesses on mismanagement, lack of vision, lack of succession planning etc..

The fact is, most Ugandan businesses run on the owner/ founders energy. The two are one and the same, not because we do not know better, but because that is the reality of our economy, a failed state economy, nothing else.

We Ugandan entrepreneurs cut out coats to fit our cloaks. We operate with no capital, that is what I mean.
Report to administrator
0 #4 Failed State 2021-09-08 02:06
Mzee Kasaija, you never cease to amaze with your foolishness.

No wonder you are the Minister of Finance of a failed state called Uganda. Honestly, which right thinking business do you expect to seek out incompetent and silly advice from your government.

It's like asking cows to go ask the butcher for advice about how to live life as a cow!!!! Really???? Just because you got your "10% commission" - your words, does not mean your opinions are now valuable.

How come I have never heard or seen you express any sadness for the millions of Ugandan businesses that quietly close shop without a care from the government?

Since your "government-induced COVID 19 business failures, I haven't heard any "sadness" from you, that is why I thought maybe you were no longer the Minister of "Money".

We are still demanding domestic arrears in trillions of shillings, and you have never been sorry for that as well. Mzee, are you really serious that you are sad about Africell leaving Uganda??? As in " for real"???
Report to administrator
0 #6 Concerned Ugandan 2021-09-08 09:55
"The minister for Finance, Planning and Economic Development, Matia Kasaija says it is sad that foreign companies are exiting the Ugandan market at this time, saying distressed companies should instead approach the government for advice or help before taking such a decision."

Kasaija should spare us his rhetoric! There is no sound advice that he is capable of giving to such companies!

They are capable of seeing through his wolokoso and prefer to look for more stable and credible economies!

It is during his watch as finance minister that Uganda has seen some of the worst economic turbulence in years. This is not just from Covid but from the persistent lack of sound economic recovery programmes and the corruption which is a hallmark of the NRM government.
Report to administrator
0 #7 kabayekka 2021-09-08 17:58
Too bad indeed for such digital companies leaving the country.

One hopes that some of these companies have failed to run their business because of the culture of the corruption in authority.

Such a world wide humanitarian project where the most vulnerable during the COVID19 were pronounce about 50 billion shillings were unable to receive it. What sort of an African Christian country is this to do business in?

What of the constant increase in taxation in the use of digital systems in this poor country?
Report to administrator
0 #8 Joseph Matovu 2021-09-08 18:05
Hmmm, muzei Kasaijja, you are indeed laughable. Of course Africell knows what you will tell them.

That they should sell part of their assets and pay the loan sharks. Just like the school proprietors!!

I hope you will soon see sense in putting the right people in the right places so this country stops operating like a family kiosk.
Report to administrator