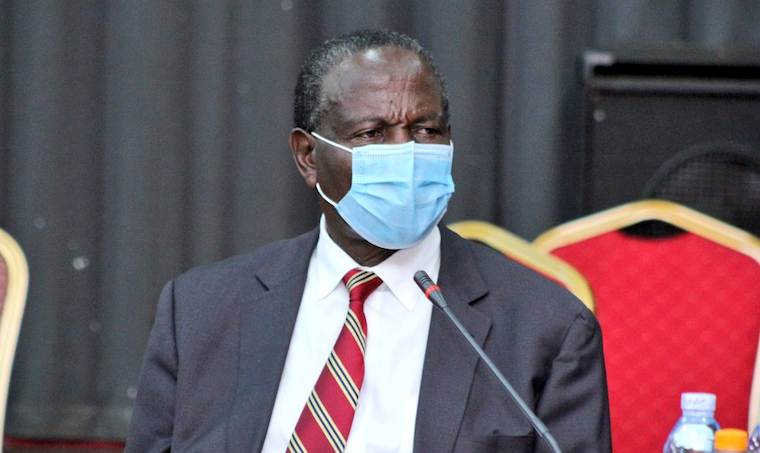 In June the last month of the financial year 2020/21, government expenditure exceeded the budget by 25 per cent yet the revenues were below the target by 13 per cent.

The government, in its budgeting had already foreseen that there would be a deficit but did not anticipate it would be higher than expected by nearly 8 times at over more than a trillion shillings.

According to the ministry of Finance, Planning and Economic Development, the fiscal operations in the month resulted into an overall deficit of Shs 1.257 trillion which was higher than the planned deficit of Shs 164.28 billion for the month.

This is attributed to the revenue shortfalls and the higher-than-planned spending during the month. Available figures at the Uganda Revenue Authority (URA) show that collections on revenues and grants amounted to Shs 2.176 trillion, representing a shortfall of Shs 424.67 billion or 16.3 per cent against the target for the month.

For the whole year, the government revenues fell short of the target by Shs 2.4 trillion, having totaled Shs 19.2 trillion. Domestic revenue collections performed worst, recording a shortfall worth Shs 1.894 trillion while customs revenues were less than the target by Shs 495.5 billion.

“Pay-As-You-Earn (PAYE) was one of the major tax heads affected leading to a shortfall of Shs 315.5 billion mainly due to the scaling down in the number of employees by some organisations. The corporate tax collections were also below target by Shs 240 billion owing to the losses made in the adversely-affected sectors,” says URA commissioner general, John Rujoki Musinguzi.

On the other hand, total government expenditure amounted to Shs 3.434 trillion which means the government exceeded it planned spending 24.2 per cent driven by “authorised supplementary spending undertaken,” according to the ministry.

What is for a fact is that economic activity slowed down during the month of June, exacerbated by government’s institution of a 42-day lockdown to slow down the resurgence of Covid-19.

“The lockdown negatively impacted business conditions resulting in a fall in output, new orders and employment, consequently, the PMI – one of the frequent indicators of economic performance dropped to 34.9 in June from 56.5 in May 2021,” says the ministry.

The PMI (Purchasing Managers Index) is a monthly survey of the perceptions on purchasing managers in the private sector, about the business environment. This spending above the planned was on account of shortfalls in revenue and grants coupled with higher than planned expenditure incurred during the month, according to the ministry.

Direct domestic taxes amounted to Shs 1,122.55 billion representing an 87 per cent performance rate against the target for the month. The underperformance of the corporate tax reflects the fall in profits by companies during the month as the new lockdown too effect, closing down many sectors, while others recorded a sharp decline in customer numbers.

As a whole, domestic direct taxes underperformed by 13 per cent, while indirect taxes performed better but recorded a shortfall of 7 per cent, due to a slowdown in the performance of excise duty and VAT. This was caused by a fall in demand and consumption of taxable goods like fuel.

On the other hand, taxes on international trade amounted to Shs 645 billion representing a shortfall of almost 9 per cent against the month’s target, due to slowdowns in import duty, withholding taxes and infrastructure levy.

They were also affected lower import demand during the month, which was partly linked to the ongoing lockdown, according to the ministry.

During the month, the government spent Shs 3.434 trillion which was 24.2 per cent more than what it was budgeted to spend, with both recurrent and development activities exceeding their monthly targets.

This higher spending above the planned was largely attributed to the transfers to Uganda National Oil Company (UNOC) worth Shs 480.9 billion which was meant to clear for Uganda’s shareholding in the East African Crude Oil Pipeline Company.

There was also payment of wages and salaries of Shs 5.1 billion which was 1.2 per cent above planned levels, while interest spending performed as planned.

These domestic activities included payments worth 192 billion made under Uganda National Roads Authority (Unra) and Shs 115.6 billion under ministry of Works and Transport for the construction of roads and bridges.

Externally financed development projects underperformed with expenditure totaling to Shs 292.4 billion representing just 51.6 per cent of the target for the month following some expenditure front-loading in the previous month.

The government also made repayments to domestic arrears of up to Shs 69.57 billion which was Shs 7.7 billion more than what had been planned for repayment.