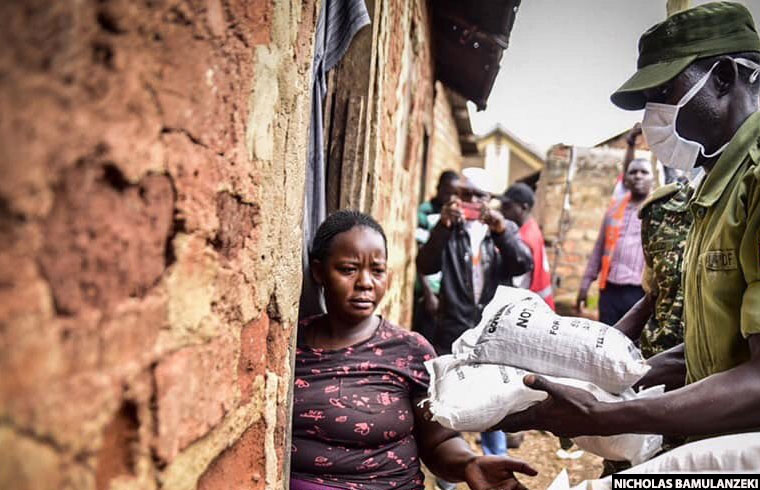 A number of Ugandans might have benefitted from government’s temporary Shs 58 billion cash relief.

But by the time government’s 42-day lockdown ends at the end of July, the majority of the population will feel the pain of the loss of revenue as the effects of the second wave of the coronavirus dig deep, experts predict.

Popularly known as the Hon Robinah Nabbanja Covid cash for the vulnerable people, where the chosen recipients were meant to receive Shs 100,000 each, the financial relief is meant to get families get by for a couple of days. On a tight budget, that money is only enough to buy food that can last a family of about six people a week at most.

But on the morning after the end of the lockdown, many families are likely to find themselves poorer than the time before the second wave kicked off due to a drop in economic activity.

Bank of Uganda, in its monetary policy statement for June 2021, warned that “a high degree of uncertainty surrounds the economic outlook, with many possible upside and downside risks... On the downside, the main risk is the resurgence of the Covid-19 pandemic and conceivably more contagious variants.”

It added: “In the near term, (12 months ahead), domestic demand could be dented by still emerging second wave, especially in the sectors that are contact-intensive.”

Stanbic bank’s monthly Purchasing Manager Index, which draws from a questionnaire to some 400 purchasing managers and provides an early indication of operating conditions in Uganda, dropped to 34.9 in June, from 56.5 in May. The drop was attributed to the effects of the second wave of the coronavirus disease.

“The imposition of a 42-day lockdown in the country impacted negatively on business conditions across the private sector,” a statement from Stanbic noted.

The index covers the sectors of agriculture, industry, construction, wholesale, retail and services. It noted that falls were recorded in the agriculture, services, wholesale and retail sectors – areas that dominate the informal sector.

A large part of Uganda’s economy is run by the informal sector that is contact-intensive. According to the World Bank’s Economic Update report for Uganda, released in February 2020, “about 89 percent of household heads are employed in the informal sector...”

Agriculture accounts for the largest share of industries in the informal sector, according to data from the Uganda Bureau of Statistics. There remains heavy human contact along the value chain from the farm to the final consumer, with limited, if any, online transactions.

It is no wonder that agriculture always feels the early brunt of the lockdown. Currently, a tray of eggs has dropped to less than Shs 10,000, while vendors of fruits such as pineapples have seen their produce go bad for lack of storage systems after the lockdown measures wiped out a sizeable market, such as the closure of the institutions of learning.

For businesses to survive, they might need more than Nabbanja’s financial relief. During the lockdown of the first wave of the pandemic, in March 2020, government asked banks to introduce new loan repayment plans for borrowers. The government also said it would pay arrears for most of its creditors.

This time round, however, Bank of Uganda warns that that money is not available, especially as government’s debt levels are now about the East Africa ceiling of 50 per cent of the gross domestic product.

“There is little space for a fiscal stimulus package to respond to the fragile economic growth and the rising public debt necessitates fiscal consolidation to keep public debt on a firm downward path,” Bank of Uganda said.

The International Monetary Fund approved a $1 billion Covid-19 relief package for Uganda, but the minister of Finance, Matia Kasaija, said the money will be spent to “increase domestic revenues, foster public sector efficiency and strengthen governance while preparing the ground for sound management of oil revenues.”

So, for now it appears there are few long-term direct remedies for a large section of the population that is struggling to make ends meet. Ferishka Bharuth, Economist - Africa Region at Stanbic bank, said there are some risks ahead for Uganda’s economy.

“There is the risk that some lockdown restrictions may be extended, which could delay the rebound in economic activity amidst the recent spike in Covid-19 cases,” he said.