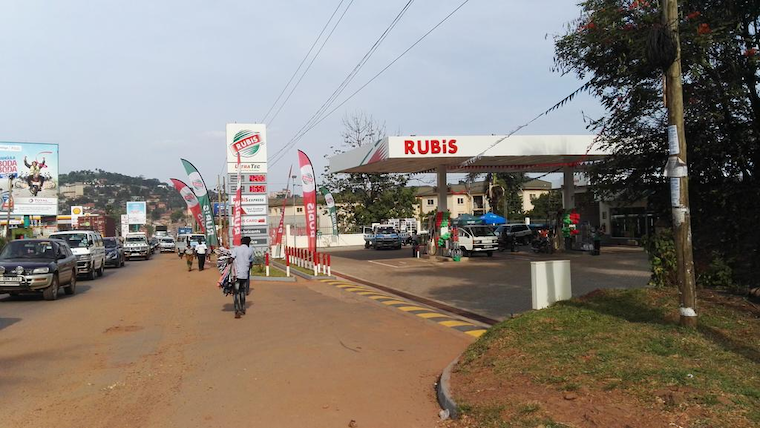 The company made its entry into Uganda after it acquired two fuel companies - Kobil and Delta – last year. With the acquisition, Rubis Energy Uganda positioned itself as a major player in provision of oil and gas services with a network of 54 stations spread across the country.

Jean-Christian Bergeron, the group managing director of Rubis Energy East Africa, says their decision to enter the East African market was informed by the region’s high growth potential and the conviction that the proven expertise of Rubis as a brand would bring extra value to all Ugandans.

“In addition to the acquisition of Kobil Uganda and Delta, we will continue to invest heavily in the market through modernization of our existing retail outlets into state-of-the-art service stations. Our network of over 54 service stations is strategically and widely located across the country, thus playing a key role in delivering quality products and services to all Ugandan customers in a safe environment.”

He was speaking at the official launch of their operations in Uganda recently. Bergeron also said that the company is launching an unparalleled shopping experience through the convenience store brand, Rubis Express, by providing world-class service to motorists on the go, saving them time and money.

“We also provide a fuel card system that gives motorists total control of their fuel-related expenses through our Rubis Card, offering convenience and efficiency when making payments at our retail outlets.”

The French company hopes to invest significantly in the development and promotion of Liquefied Petroleum Gas, which is a clean and affordable energy source that will support the government’s ambition for an improved quality of life for all Ugandans.

“We also market an extensive range of high-quality lubricants under the K-Lube and Castrol brands and our products, imported or locally blended, meet the highest specifications demanded by most automotive and equipment manufacturers,” Bergeron concluded.

Rubis is looking to make its presence in East Africa even stronger with the company previously owning stations in Kenya only.