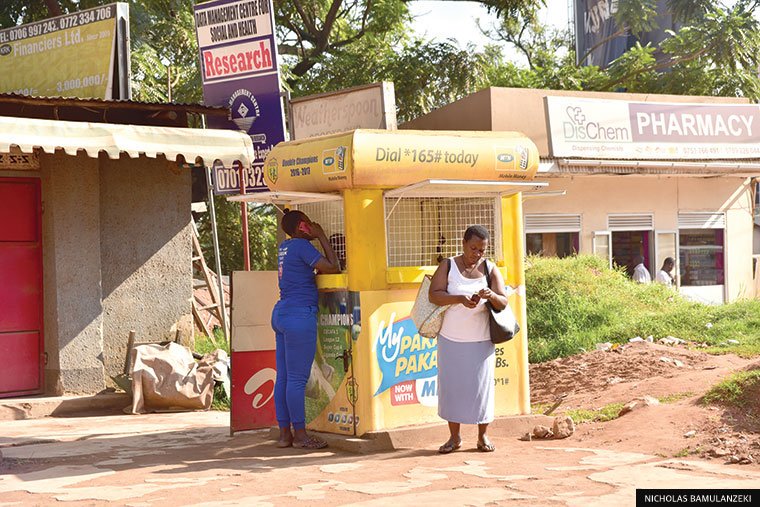 For many small businesses, access to cheap capital is hard. Many mobile money operators lose customers because they lack operational cash.

According to Adnan Sekandi Ssozi, a mobile money agent in Kampala, there is a paucity of capital amongst agents and it was even further accentuated during the pandemic.

“The pandemic, especially during lockdown, was a hard period for many of us because transport costs were high and we were not making enough money yet we had expenses. When we resumed operating, you would find you don’t have enough capital to work on many customers,” he narrates.

Stephen Mutana, MTN Uganda’s head of mobile financial services, says the telecom company is aware of the challenge of capital amongst agents and has since innovated a solution that would see the players receive a financial boost.

“We have a service called extra-float which is similar to a credit service extended to white-listed agents. We expose them to a daily credit facility where they are able to get float in the morning to conduct business and in the evening return the float at no cost. This helps them serve the customers through the day. It enables agents have a healthy level of activity which enables them earn a sizable commission at the end of the month,” he explained.

Ssozi says the short-term capital bailouts really came in handy during the pandemic. He, however, wishes the financial limit and period was increased further to enable them benefit even more.

Mobile money is a vehicle that continues to prove to be a necessity, especially in Uganda where it is the main driver of financial inclusion, which currently sits at 78 per cent.

Mobile money ensured financial transaction continuity in a period when most businesses were closed and movement was limited as a measure to mitigate the spread of Covid-19. The service created employment opportunities for more people during the lockdown.

The Uganda Communications Commission reveals in its report that 8,500 new agents were added to the network between the second and third quarter of 2020. In fact, in two years, the number of mobile money agents employed in the telecom industry has grown by 49,488, signaling the significance of the sector in curbing unemployment in the country.

Paul Lakuna, a research fellow at the Economic Policy Research Center in Makerere University, says the telecom industry has been integral in Uganda’s story of employment. He says that the industry has bred a multiplicity of jobs, both directly and indirectly.

While the number of jobs created experienced a dip around 2010 to 2020, mainly due to technological advancement, the researcher notes that the industry is now one of the biggest drivers of employment in the country. For instance, through creating an enabling environment such as provision of internet and telephony services, telecoms have empowered many other businesses to operate businesses financially.

Information from numerous technology companies revealed that over 614 businesses went digital-enabled through mobile money as a survival tactic during that period. Lakuna says Covid-19 has made it even more obvious that the country needs telecoms.

“We need to depend on telecoms for a lot of things, including e-commerce for those selling online and sending for delivery via motorcycles. Blogging, social media influencers, Zoom meetings and remote-based working. Banking and the music industry for those that advertise online; these are all job opportunities,” he notes, adding that even more jobs are going to be created in the future.

In addition to the tag-alongs that the telecom industry has created through service provision, the sector is one of the country’s top revenue contributors. For instance, MTN Uganda was named the biggest tax payer by Uganda Revenue Authority for the financial year 2018/2019. The telecom contributed Shs 682.4 billion in taxes, their highest ever.