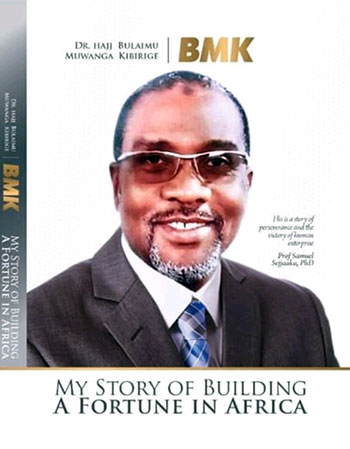 The life of businessman BULAIMU MUWANGA KIBIRIGE, mostly known by his acronym BMK, is one of the few genuinely recognized success stories in Uganda.

His rise that started with coffee trading to wide-scale entrepreneurship has been talked about for years but in his new book; My Story of Building a Fortune in Africa, BMK documents his journey while providing insights into what it takes to succeed as a businessman, writes Baker Batte Lule.

Many people have never understood the extent to which BMK’s wealth goes. He admits that he is not a person who likes talking about himself in the media and thus not a lot is known about him apart from his signature investment, Hotel Africana.

BMK tried to pull the cloud that surrounds him in a 228-page book titled My Story of Building a Fortune in Africa which was launched recently.

In the book that is written in a simple language, BMK tells of a story that begun in 1953 in Masaka. A son of Hajji Ali Kibirige, a successful businessman in his own right, and Mariam Kibirige, BMK was introduced to the world of business by his father when he was barely 14 years in 1966. Although his father collectively had 36 children, it seems his business acumen reincarnated in BMK.

After completing primary six in Butambala where he stayed with his paternal auntie, BMK, returned to his father’s home in Masaka and was deployed in the coffee business, which made him miss a year of school.

When he finally returned to school in 1968, he saw no reason why he should continue with studies as he was already earning a lot without having any academic qualifications. Matters were not helped when he learnt about the meagre salaries and the abhorring lives that his teachers lived. This made him hate school even more.

After completing primary seven, BMK decided to relocate to Kampala for bigger business prospects in 1971 on the advice of his mother.

In Kampala, he started off by buying handcarts for hire and later got involved in the meat and fish business. Throughout the book, BMK tells of his ability to spot business opportunities and the enthusiasm to take on such ventures. He was also a good listener and was quick to take on or drop an idea if those in it advised him on its prospects or lack of it.

For example, BMK tells of the 1972 economic crisis that befell the country after the expulsion of the Asians. Although he was never part of those who benefited from the windfall [giving out of Asian properties] that followed the Asians’ departure, BMK says he took full advantage of it by, first, getting goods that were in short supply in Kampala from areas of higher supply in places like Mbale. 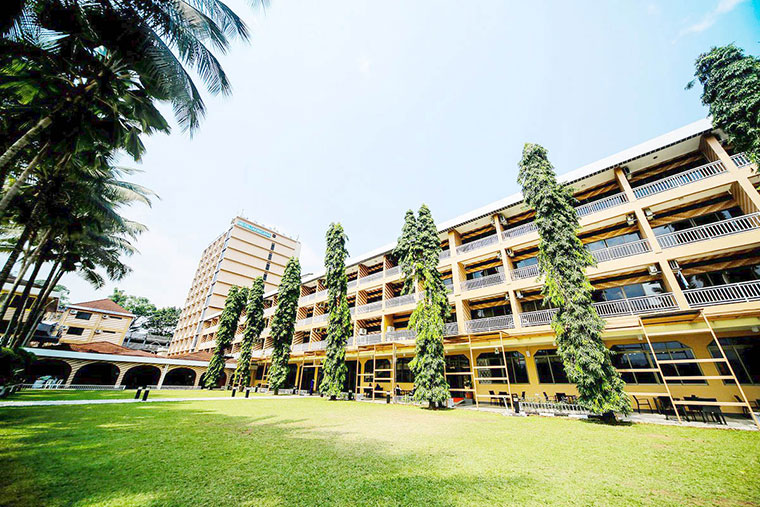 Later when the whole country was engulfed in shortages, his eyes were opened to international trade. That is how he ended up going to Kenya to import essential commodities to feed hungry Ugandans. Whenever he was somewhere, BMK tried to maximize his time to look for better offers. Throughout the Amin era, BMK was on the highway to success.

In the 1980s, East Africa became a small trading area. With limited information from friends who were unwilling to share information, BMK ventured into places like Hong Kong, Bangkok, London, China, UAE, Japan and many other places looking for goods that had market, not only in Uganda but the rest of East Africa.

A person who started off as a trader in fabrics, eventually ended up in the importation of used car spare parts, heavy machinery and motorcycles, among others.

He had an eye for business prospects and grabbed them with both hands whenever he saw them. BMK says the secret to business success was given to him by his father almost 50 years ago. He said being honest and treating the money of the business as not yours is very fundamental. He adds that the only way a person can be successful is by having discipline.

Throughout his journey that has seen him expand his wings into Kenya, Zambia, Tanzania, Rwanda, South Sudan and the DR Congo, BMK has closely worked with his family members. Currently, both his wives; Sophia and Hawa Muwanga, and five of his 18 children and a number of his brothers and sisters directly work with BMK group of companies.

Although he never went to school and he has no regrets for it, BMK was able to get private classes to improve his accounting and English skills.

He equally believes education is extremely important in managing one’s business better. That is why he placed all his children in some of the best schools and universities in the world. Throughout the book, BMK tells of trials and tribulations that he has gone through to build one of the most expansive business empires in the country.

He talks about relatives who have stolen from him large sums of money, business partners who shortchanged him and business enterprises that failed to kick-start; but amidst all these, he says he never despaired.

He collected himself and looked to the future. Other than Hotel Africana in Kampala, BMK owns a hotel in Karamoja, in Zambia and Rwanda. He is also in the final stages of building hotels in Arua and Pakwach. He also owns several buildings and apartments in Kampala and has a school in Kawempe.

Interestingly, he still deals in spare parts and heavy machinery, not to mention his involvement in forex exchange and agroforestry, among other ventures. From a personal perspective, BMK supports a number of philanthropic projects, including the fight against sickle cell disease. He has also built and supports a number of mosques and churches.

However, although BMK takes the reader through the number of business he has been involved in, he says little about his personal life. A reader who is interested in BMK as a person learns very little from reading the book.

But on the whole, the book illuminates a man who admits that he is not very friendly with the media for always wanting to destroy his empire simply because they want to sell an extra copy of the newspaper.

The book is on sale at several leading bookshops in Kampala. It costs Shs 70,000.

-1 #1 Robert Kiraga 2021-04-09 12:51
Your a clear example for all of us to concentrate our mind on wealth creation than irrelevant issues.
Report to administrator
+1 #2 Prince Ndaula 2021-04-10 22:38
He is a genius, excelling academically is a tremendous achievement but diligence, enterprise and honesty is the ultimate key to success.

After that accomplishment one can hire and employ experts and professionals, the sky is the limit.

Come on let us applaud the great man what he has achieved and continue to attain is no mean feat. Well done Bulaimu Muwanga Kibirige.
Report to administrator