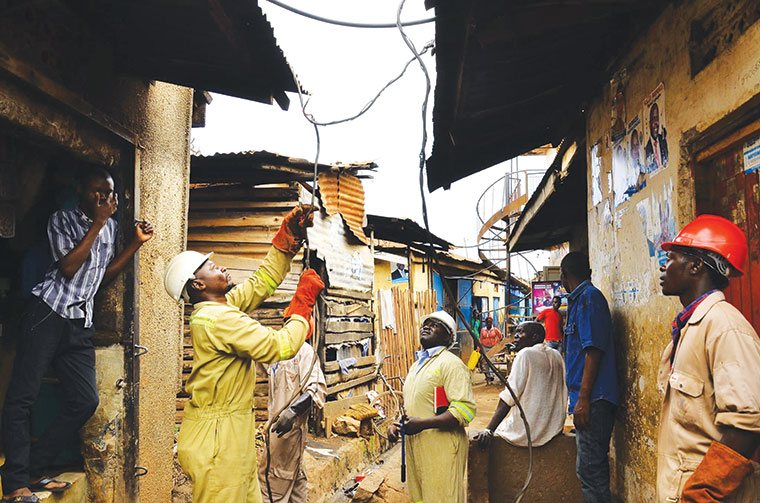 Officials in an operation against power theft previously

Power distributor Umeme has collected Shs 94 million in just one week of an operation against suspected electricity thieves.

The money is from individuals who had been arrested – many of whom have since been released – on accusations of either having bypassed their meters, tampering with them, or were tapping powerlines illegally.

Umeme relaunched the operation on March 23 in Najjanankumbi, Nateete and Wandegeya suburbs in Kampala following an increase by two percentage points in the total energy losses between the 2019 and 2020 calendar years.

As of December 2020, distribution energy losses stood at 17.5 per cent, with commercial energy losses such as electricity pinching, among others, accounting for 8.3 per cent and the balance being technical losses.

The utility attributed the rise to the halting in 2020 of the operation following the government’s restrictions on the movement of persons to check the spread of the then novel coronavirus.

Additionally, the increase was due to challenges the government faced in subsidising the connection costs for applicants under the Electricity Connection Policy programme.

Umeme Limited’s managing director Selestino Babungi said that at the time ECP was suspended, there were many households that had applied for new connection.

“We ended up with more than 250,000 pending connections. And when we conducted a survey, we found that 70 per cent of those, when they could not wait anymore, self-connected,” Babungi said at a recent press conference in Kampala.

Umeme’s Head of Communications and Marketing, Peter Kaujju, said the company will not relent in the fight against electricity theft.

“We will ensure we remove illegal connections. Also, there will be an element of prosecution,” Kaujju said.

Uganda’s Electricity Act provides for fines and jail time for those convicted of pinching electricity. The fines range from Shs 600,000 to Shs 3 million, community service and up to three years in the coolers or both – the fine and jail time.

Energy loss reduction is one of the eight items the power distributor will be focusing on this year.

The other seven are safety of staff, contractors, and the public, expanding the distribution grid, compete the retrofit of post-paid meters, improve reliability and quality of electricity supply, connect more applicants to the grid and deployment up-to-date technology on the grid.