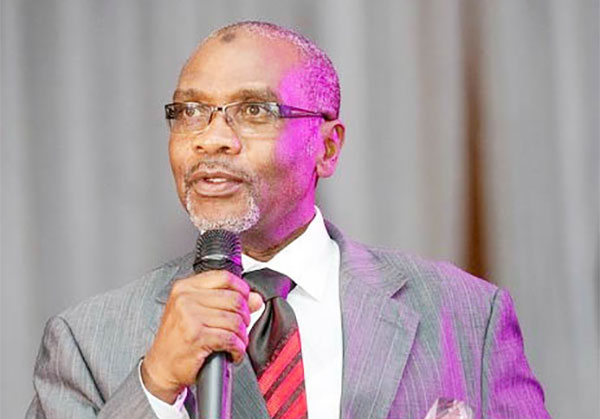 After our lunch meeting at Hotel Africana about five years ago, a waitress approached us and placed a leather holder on the table.

It contained our lunch bill. I didn’t shift in my chair because Dr Hajji Bulaimu Muwanga Kibirige commonly known as BMK had decided the bill was on him and most importantly he owned this mega hotel.

I thought he was going to pull out his pen and put his signature on it. He didn’t. Instead, he reached his pocket and paid cash. He waited for the waitress to bring his change before we parted ways. I looked at him in disbelief. Here was the founder of the hotel paying cash for lunch.

The journalism instinct in me reached its crescendo pushing me to ask him why he had done that.

“I am given weekly allowances from which I am supposed to pay for all my expenses,” he answered, looking straight in my eye. “But as you may know, I work with my family members here. If I just sign bills, every relative may be tempted to do that,” he told me. In about two hours of my first meeting Dr BMK, I had picked a very important lesson.

That lunch wasn’t the only lesson I was to learn from Dr BMK over the last five years working with him to write his autobiography rightly titled; My story of building a fortune in Africa. Soon after that lunch meeting, Dr BMK (honorary decorate as he himself dropped out of school in primary seven) suggested that we drive out of his hotel so we could be able to work from a place where not many people would come in to greet him or ask for this or that.

We drove out in one of his chauffeured SUVs. As we returned to the hotel, the driver stopped at the security checkpoint. The guards noticed him, cheerfully greeting him before they went ahead to check his vehicle. This time I was wise enough not to ask why he didn’t ask them whether they didn’t know who he was.

As we walked around his hotel or sat somewhere, he seemed to know every employee by name and even had nicknames for some who had been with him for some time. None of his employees fretted on seeing him. You could hardly tell he was BMK, the legendary entrepreneur and billionaire. You could think he was just another employee though you could tell people had enormous respect for him.

As we worked on his autobiography, Dr BMK loved his story chronicling his journey from Matanga in Buddu to the global businessman he is but nothing worked him up as the part on entrepreneurship.

“I don’t have much time to mentor people directly. Even if I had the time, how many would I mentor?” he often asked. “I want a book through which the next generation of entrepreneurs would be mentored,” he insisted. Using personal examples, he shares tips on ways of solving the problems that businesses throw our way. He loves talking about the next 40 years and the kind of opportunities that will exist. “Let me tell you. It wasn’t easy to make money in the 1970s.

It isn’t easy to make money today but if you get the basics right, you will make it,” he always said.

He learnt the basics from his father, a coffee trader in Masaka who instilled in him the virtue of honesty.

“My father always got coffee from farmers on credit, sold it and made enormous profits. But he always paid the farmers the agreed sum, which enabled him to get more coffee way beyond his capital,” he said. “My father always told me never to ‘eat’ the capital, insisting that the money belonged to the business, not me the business owner,” he recalled. Honesty and growing his capital are some of the key lessons that have kept him going, establishing businesses in several countries on the continent.

His father not only sold coffee; he also owned a small restaurant in Masaka town called Nakitto hotel. At the time and even today, small restaurants are called hotels in Uganda. This inspired him to build the Hotel Africana chain with branches in Kampala, Moroto, Lusaka in Zambia and another two to be built in Arua and Pakcwach near Murchison Falls National park.

“Never have money on your bank account. Always have a project you are working on. If you keep money on your account, you will be tempted to spend it on stuff that are not important. Your family may even start asking for stuff they don’t need,” he insists.

Many of these stories are in the book. How he made it, the challenges he faced and, most importantly, how he solved them. Keeping money for nearly 50 years while working in different countries.

“My story of building a fortune in Africa” is an incredible story from an incredible man I am so lucky I got a chance to see him at work.

As Katikkiro Charles Peter Mayiga said at the launch of the book, Dr Hajji BMK’s lasting legacy is not entirely in his business empire, rather, in the book that he has authored. A book that will be available for many generations to enable them drink from his cup of wisdom.

They tell of a genuine and real journey of an African enterpreneur. Sudhir and his friend Kirumira + a planthera of regime politicians are just thieves and the best they can teach society is how to steal and remain smart,period.
Report to administrator