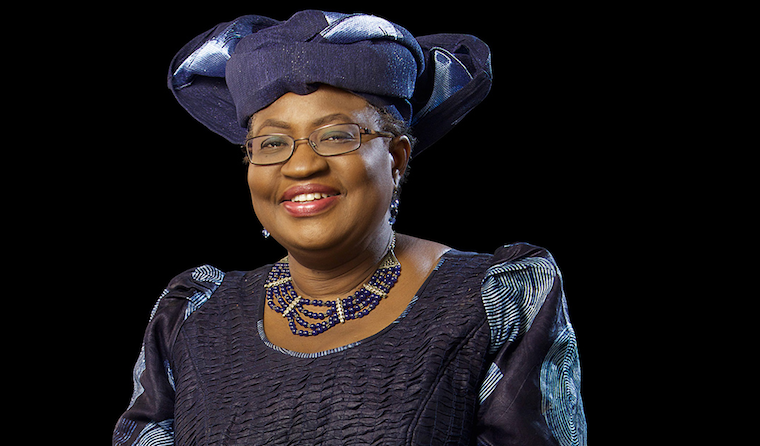 Ngozi whose rigorous selection process was punctuated by a standoff from the administration of former US President, Donald Trump, and a postponement of the general council meeting scheduled for November 9, 2020, becomes WTO's 7th director general.

She replaces Roberto Azevêdo of Brazil, who held the post for eight years (September 1, 2013-February 5, 2021). A decision to appoint Dr Ngozi was taken by consensus on February 15, at a special meeting of the WTO general council.

The council decision follows months of uncertainty which arose when the US initially refused to join the consensus around Dr Ngozi and threw its support behind Korea Trade minister Yoo Myung-hee. But, following Ms Yoo's decision on February 5 to withdraw her candidacy, the administration of newly elected US President Joseph R. Biden dropped the US objection and instead announced that Washington extends its "strong support" to the candidacy of Dr Ngozi.

The US, under the Trump-administration, had blocked Ngozi's appointment in October 2020, despite a strong endorsement from other WTO members.

A statement from WTO said Dr Ngozi, will take over office on March 1, 2021, and will become the first woman and the first African to head the multilateral trade body as director-general. Her renewable term will expire on August 31, 2025.

In her maiden speech, Dr Ngozi said a key priority for her would be to work with the WTO members to quickly address the economic and health consequences brought about by the Covid-19 pandemic.

“I am deeply honoured and I'm humbled by the support I have received from WTO members. I will say that it's exciting and daunting at the same time to be here because I take the reins of the WTO at a time of great uncertainty and challenge,” Dr Ngozi said soon after the appointment.

“We have the twin shocks of the pandemic, the health side and the economic side, which is challenging so many, including challenging livelihoods around the world. And it has wrought economic devastation in many parts of the world...WTO, at this point in time, is also facing so many challenges. And it's clear to me that deep and wide ranging reforms are needed. And as I said before, it cannot be business as usual at the WTO.”

The process for selecting a new director general was triggered on May 14, 2020, when former director-general Azevêdo informed WTO members that he would be stepping down from his post one year before the expiry of his mandate. He subsequently left office on August 31, 2020.

The WTO general council chair, Amb. David Walker of New Zealand, immediately proceeded with the procedures for the appointment agreed under the 2002 guidelines. These guidelines require the general council chair to begin consultations with members on director general selection as soon as possible and “may establish expedited deadlines as necessary in consultation in members."

From July 15 to 17, all of the candidates met with WTO members at a special general council meeting, at which they had the opportunity to present their views and take questions from the membership.

The second phase of the process in which the candidates “make themselves known to members” ended on 7 September. From 7 to 16 September, Walker, together with the chair of the dispute settlement body (Dacio Castillo of Honduras) and the chair of the trade policy review body (Harald Aspelund of Iceland) consulted with all WTO members to assess their preferences and seek to determine which candidate is best placed to attract consensus support.

At a heads of delegation meeting on 18 September, Walker and his two co-facilitators in the selection process disclosed the five candidates who had secured the broadest and deepest support from the WTO membership in the first round of consultations and would consequently advance to the next stage of the process.

At a meeting on February 15, 2021, the general council agreed by consensus to select Ngozi as the organization's seventh director-general