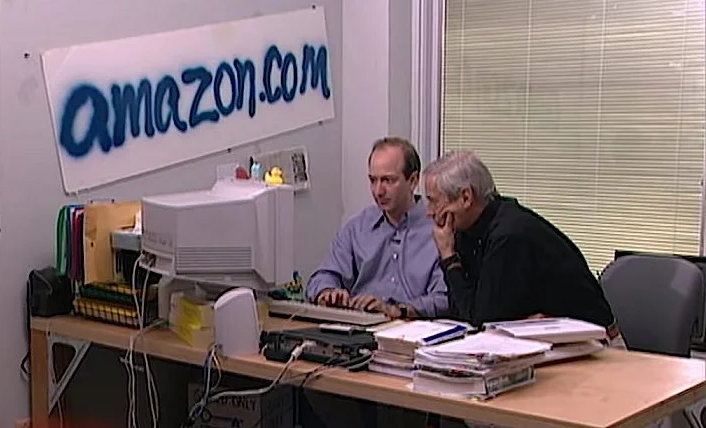 Jeff Bezos, founder of the global unicorn that is Amazon, stepped down from the role of chief executive officer to become executive chair.

Bezos founded Amazon in 1994 and built it into one of the biggest and most profitable companies in the world. After 27 years at the helm and $200 billion later in personal wealth, he decided to call it quits.

He says he doesn’t have the time he needs to run this giant as he wants to concentrate on other interests, including charity. In doing so, Bezos is walking in the shoes of fellow billionaires such as Bill Gates who left the companies they founded in their prime to do something else.

Bezos is just 57 years old. He could have stayed on for another 30 years but that is what we need to learn from these entrepreneurs. Like Gates before him, Bezos will soon leave the role of executive chairman.

He just took it up to ensure the Amazon stock doesn’t take a considerable beating, if he had decided to leave the company at once. It is part of transition planning. The main reasons these billionaires leave their legacy companies is not because they don’t have time or the drive to carry on. That is usually for public relations.

The founders go because they want to create a culture of succession from one chief executive to another and see their businesses live on forever. The Americans and Europeans usually hand over the businesses to leaders who aren’t necessarily their relatives while the Asians mainly hand over to their offspring.

For us in Uganda, we rarely want to hand over the business to anyone. Although we prefer the Asian model of handing over the company to the offspring, many do so without proper succession planning. A parent dies and a child who was not involved in the business at all and who has no experience running anything finds himself in the swivel chair as CEO and chairman.

That perhaps explains why companies that were household names just 25 years ago are now as quiet as a cemetery. The children who inherited them ran them down as fast as they got them.

Not because they necessarily wanted to, but because they were not prepared to run the businesses in the first place. Instead of paying creditors, they buy a fancy SUV and install blue and red grill flashing lights to announce their arrival as the next big thing.

The creditors take them to court and the next time you hear about them is when company assets are being sold on the cheap through auctions. Of course, not all Ugandan businesses have ended up that way.

The Mulwana Group still stands successful many years after its founder’s death and the children and their mother seem to be doing a great job. The Madhvanis have been fine though last year there were some squabbles in the media over some assets.

Succession planning shouldn’t be only for big companies. How do we ensure that small and medium enterprises can survive beyond their founders? The founders need to let go of many things including decision-making to people they can groom and trust well in time.

The guy who is replacing Bezos at Amazon had been at the firm since 1997, which makes him understand the business. He wasn’t simply parachuted into the CEO role. He had been running Amazon Web Services, the company’s cloud computing arm, which is one of Amazon’s most profitable divisions.

Amazon as successful as it is, its founder could easily have claimed that he is the only one who understands its problems and challenges and, therefore, should be its CEO for eternity, but he didn’t.

He understood that his legacy, his company’s success, will be determined long after he has stepped down. Given Amazon’s success, nobody was itching for him to leave but he decided that after almost three decades, the business needed new leadership.

That is leadership. If we want our businesses to become as successful or even a quarter as successful as the Amazons and Microsofts of this world, the leaders must adequately plan for the day they won’t be there to run them.

This should be done by identifying and grooming leaders and then stepping away when they can still offer advice to the new leaders.