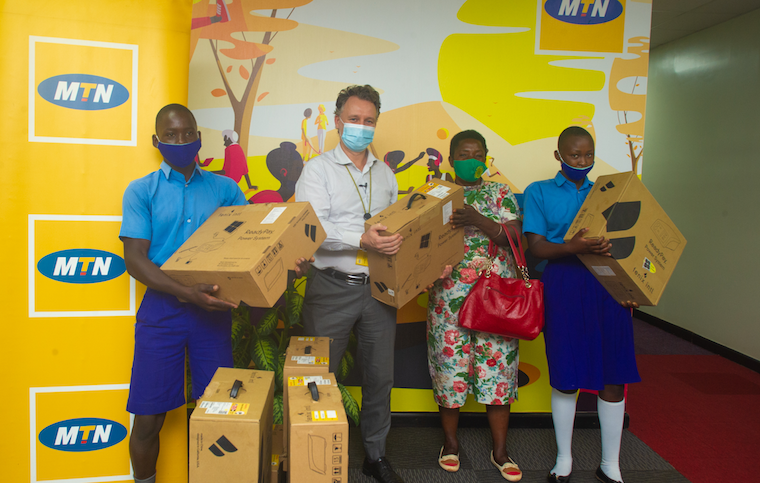 The MTN Uganda Foundation in partnership with Fenix International Uganda is set to light up more schools in an ongoing project dubbed “Light up a village”.

With the latest donation of 190 solar kits, 56 schools from 24 districts will have light and power to facilitate proper learning outcomes by increasing reading time, secure learning environment especially in the night as well as supporting teachers’ preparation for lessons.

The project has so far seen over 560 solar kits installed across several schools in various districts in Uganda get connected. Health centres and settlement camps have also benefitted from the same project.

Speaking at the handover of the kits today, MTN Uganda chief executive officer Vim Vanhelleputte noted that: “With the availability of solar power, students can now have extended learning times and teachers can put in more preparation time which will at least try to level the ground with learners and teachers in urban areas that have easy access."

Vim further noted that providing solar lighting will provide a safer learning environment for the learners. The project worth Shs 380 million kicked off in late 2019 and has so far seen installations of solar equipment in off-grid regions like Buvuma island where schools and health centres were lit up to improve education and health care services in the area.

Still, in 2019, the MTN Foundation donated and installed 100 solar kits in the Bunambutye resettlement camp in Bulambuli district while another batch of solar kits was donated to several schools in Kamuli district.

As several learners and teachers look forward to having schools reopened starting March 1, acute power shortages despite being connected to the national grid still remains one of the biggest challenges most schools face countrywide.

This has affected the performance of school children since revision time is hampered each time there is no electricity. By providing solar lighting, learners will be able to read for longer as they recover the study time they lost in the previous year 2020. Over 45,000 learners will benefit from this project.