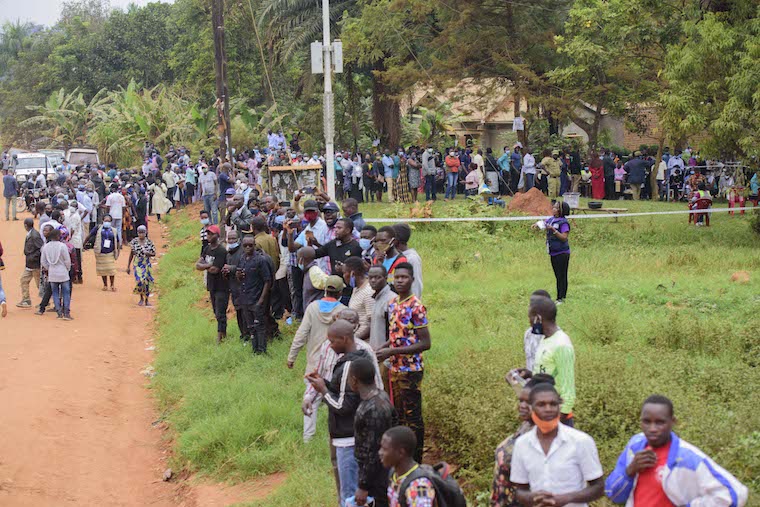 The National Resistance Movement (NRM) under President Museveni has been given yet another five-year mandate to govern Uganda after the 2021 elections.

The 2021 elections have drawn a new political map across our traditional regional voting trends. For the first time, President Museveni convincingly won the Eastern, Western (including Kasese!) and Northern Uganda block, including Gulu that for the last five elections voted against Museveni and those he endorsed.

We saw opposition kingmakers like Odonga Otto and Reagan Okumu who have been in Parliament for at least three terms lose in the 2021 elections to NRM candidates!

NRM regained Rukungiri from the jaws of FDC and Kasese was divided between NRM and FDC with Museveni coming out with his highest score ever! While NRM was reaping in Acholi and West Nile, the newcomers on the political scene –National Unity Platform (NUP) that was formed just three months to nomination in July 2020 - took a commanding charge of central Uganda.

This is Uganda’s important region, home to the country’s oldest and biggest city, by far the major economic hub. NUP and its first leader Robert Kyagulanyi (Bobi Wine) staged an election sweep in the central region, dislodging some of the oldest-serving MPs, including the Vice President Edward Sekandi who had been in parliament for 25 years!

The NUP wave went with at least 10 ministers in the central region alone. For a new entrant in a presidential race scoring over 34 per cent of the total votes, this was an incredible score, with over 55 members of parliament and becoming the biggest opposition in parliament was a great surprise to all political commentators.

The question remains how they will work together to consolidate their gain and spread their wings early enough for the next general elections. Branding the way central Uganda voted as a tribal vote would be committing political suicide. Not everyone who voted in Kampala, Wakiso, Mukono, Mityana, Masaka was/is a Muganda!

These are cosmopolitan areas hosting diverse tribes who can’t be voting on a tribal ticket. They are an electorate whose issues must be looked at carefully! While addressing journalists at the sidelines of the Electoral Commission tally center in Kyambogo on January 15, the NRM secretary general Kasule Lumumba acknowledged the urgent need to reflect, as a party, why they suffered such a great loss in “Buganda.”

Any politician or political party that dismisses the voting behaviors of a big electorate is destined for embarrassment. When the North and West Nile voted the way they voted, NRM never took this as a tribal vote. They strategized, disorganized the opposition and have taken over the regions that heavily voted against NRM!

One of the big issues that could have cost NRM the central region and Kampala in particular was the campaign strategy that was deployed. When Kyagulanyi came on the campaign stage, somehow NRM was convinced they needed to counter him with a brand similar to his, using musicians and self-made celebrities to reach to his supporters.

Resources were put to this campaign and indeed several celebrities like Bebe Cool, Big Eye, Catherine Kusasira, Ronald Mayinja and Full Figure, among others, became the face of the NRM campaign in the central.

The traditional politicians were either asked to give way or they relegated themselves to the spectators’ corner as the new blood came in to do what had failed them over the years - winning Kampala for NRM! Any investment has to be assessed. The sponsor needs to ask: what is the return on investment?

If the resources put to these “new blood” facilitated the real committed cadres to push for the NRM brand, would they have done better? NRM didn’t use celebrities to win Teso, Acholi or Rukungiri; they used dedicated cadres and party structures to mobilize supporters and discuss issues.

It is great to have celebrities endorsing your campaign but they should never override established structures and the cost of their endorsement should not triple the facilitation of the party’s mainstream structures. Not everyone is an opinion leader.

You can’t gain this status based on the number of followers you have on Twitter or Facebook; you have to be a brand driver. The central voters have a key similarity component – they have more access to information than any other voter in the rest of the regions.

They are also better-educated and have a better understanding to form guided opinions. They might not be the smartest but they are more exposed to diverse communication channels. What NUP mastered from the start was having a social media presence.

Their youth took over social media, with no clear message but to promote their candidate but also abuse anyone who didn’t agree with their candidate! On several occasions, my NRM friends found themselves falling victims of the NUP’s rough social media strategy, while NRM got sympathizers who would abuse back.

What a mistake it was! You can’t beat a rough guy at his rough game! It is clear NRM lacked a clear-cut communication plan, especially the social media strategy. That was unacceptable for the biggest and well-facilitated political party. In this new era, any campaign must recognise the power of social media. NRM should know that 2026 is not far. They had better start branding now.

The author is a communications specialist based in Kampala.

These are just thieves,even the ones that support them have the same mannerisms,thieves,killers and such.
Quote | Report to administrator
+2 #2 Apollo Ekelot 2021-01-22 12:21
Not sure the article correctly captured the reasons for the whitewashing or is it red washing of NRM.

Where do you put too much blood that we saw flowing on the streets; the brutality that was perenially on our screens, how about the fact that Bobi Wine was not just a presidential candidate but a 'grievance' against all that was evil in NRM?

The truth is that the vote was not necessarily for Bobi as it was against Museveni and NRM- It was a protest!

Do not forget that whichever way it goes folks humanly get tired and fed up of a life time of the same condescending and patronizing figure. How about poverty?

The indignity brought by poverty influenced things a lot in the north and the east. What do you think Karamojong are voting NRM for? Maybe a few coins; only NRM had the capacity to pay. The same couldn't work down South
Quote | Report to administrator
Refresh comments list
RSS feed for comments to this post
Add comment