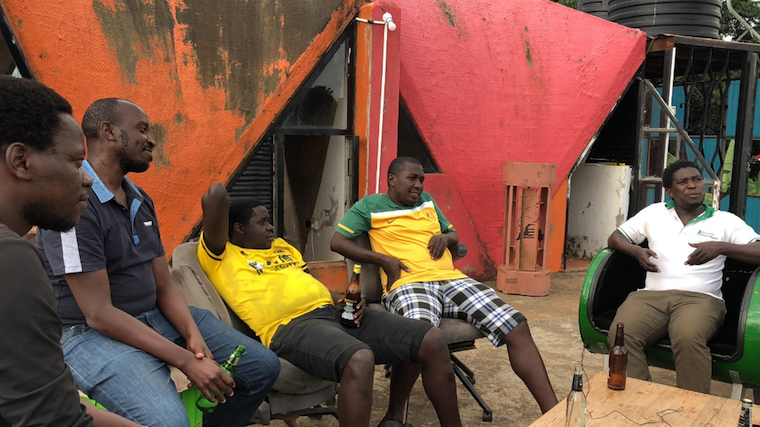 A group of companies and individuals with highly-specialized skill sets and backgrounds is spearheading the empowerment of home-grown engineering innovations with a common goal of solving emerging world challenges, writes FRANK KISAKYE.

Have you ever wondered why Ugandan graduates perform exceptionally well abroad yet make few extraordinary innovations back home?

Factors such as low pay and corruption resulting in low motivation have always been fronted for poor performance at home. It has often been cited how Ugandans who fly for medical tourism in Kenya, South Africa, UK or India are treated by Ugandan doctors.

In fact, similar challenges can be seen in many other practical fields. Now, Innovation Consortium, a group of companies and individuals with different, highly specialized skill sets and backgrounds has emerged to avert this anomaly through using innovation to solve emerging challenges.

The outfit is basically comprised of professionals in the fields of science, engineering, architecture and information technology, among others and the innovation solutions are not limited to just engineering.

At last week’s fortnightly meeting in Bbuto, Bweyogerere, the consortium headquarters, the engineers discussed how to improve innovation linkages between the small-scale craftsmen popularly known as jua kali, students and the engineering world.

Byron Ssemalago, a mechanical engineering graduate from Makerere University who is currently working with Technology Research Networks Limited, says the engineering taught at the university is out of touch with the reality in the field.

“We’re kept in a closed nest where ideas are brought to us and when your four years are over at the university, you’re basically thrown into a forest where you’re supposed to survive and at the same time learn,” says Ssemalago, who prides in 15 years of ‘street engineering’ in the shanty Kampala suburb of Kisenyi.

“When we left university [we thought] that every engineer is supposed to become a manager and yet the situation is when you come out, there are very few managerial posts and you have to face the reality of having to make ends meet. Basically here, we’re talking about the missing touches.”

Kisenyi is arguably the cradle of mechanical innovations in Uganda and Ssemalago says he came to learn that the people in Kisenyi and Ndeeba are the ones with the “true engineering of the country” where they take on challenges much as they don’t have any theoretical background but have the will to solve the problem. The graduates, Ssemalago says, “have the theory and the technicality in the office setting, and in a nutshell have stopped reasoning.”

Ssemalago hopes to connect the two worlds because, according to him, the classroom engineering hardly conjures up any innovation among the graduates yet the innovators in Kisenyi, due to lack of theoretical background, can’t improve on their innovations to take them to the next level.

“For example, when the innovator focuses on making a charcoal stove commonly known as sigiri, they will not make efforts to improve the efficiency and performance of that sigiri as long as it still works,” he says.

“They [innovators in Kisenyi] don’t understand anything about aerodynamics or heat transfer but the guy will gamble his way out. For us [graduates], we’re cowards who don’t want to be challenged to do anything. We want to stay with our theory hidden up, calculating. My thinking is to create a linkage between the engineering graduates with the jua kali innovators in Katwe to solve real problems.”

He regrettably adds that big companies prefer to call in foreign experts to solve basic engineering problem while Ugandan technicians and engineers are limited to just cleaning the machinery.

Gozanga Ntege, a mechanical engineer who works for Zopa Uganda Ltd, concurs that at the university, engineers have absolutely no clue about what the real problems and challenges are.

“There are people who graduated from engineering about 10 years ago who don’t know what a shaft looks like or how to mount a shaft to a mortar and how to couple it and what it actually not doing. I think it is super important for people to understand what the real problems are and how does engineering solves those real problems.” he said.

The Innovation Consortium impressively preaches what it practices. Their office is customized right from the thin shell concrete design of their boardroom to the customized car seat chairs being used as office chairs and workstations. They are already constructing five two-bedroom apartments using a combination of interlocking stabilized soil blocks (ISSB) and repurposed shipping containers.

Ntege said people wrongly think that to innovate, one must be super intelligent and yet it is a normal process where everybody has challenges within their lines of work and it is about looking at what is available and solving it. He says the solution can be life-changing like the inventor of wipers for already pre-existing vehicles.

“There are so many people out there who claim to know what they are doing but they are not necessarily providing professional advice. And the people who know what they are doing are waiting for people to reach them. It is part of our responsibility to go out there and position ourselves as market leaders in this matter and maybe inspire other people to get into the mainframe of innovating and thinking about problems.” Ntege says.

Steven Juuko Kwagala, a trained architect and director at Innovation Consortium specializing in design, says the intention of the consortium is to solve problems internally and externally. He says there is always a problem right from even someone’s bed to where they brush their teeth to where they are going. Engineering, he says, can solve all these problems effortlessly.

David Martin Makubuya, an electrical engineer and an innovator working with Dastoh Solutions, thinks Ugandan engineers are actually great innovators but their innovations are never highlighted by the media and there is hardly any documentation.

Meanwhile, Steven Sekanyo, a mechanical engineer who has worked on a number of agricultural projects, disagrees with his counterparts who say engineering is easy. He cited the blinking eye vehicle wipers which resulted in a case by inventor Robert Kearns, who sued car manufacturers Ford and Chrysler. Kearns received over $30 million in compensation despite the vehicle manufacturers claiming his innovation was not new.

Julius Kisenyi, an IT specialist who designed an expat advisor system which uses robots to automatically feed the stock market, hopes the consortium will create interactive platforms where they will connect with the general public to help solve their problems.

Ssemalago said even amidst challenging times such as the coronavirus pandemic, engineers don’t have to look very far for solutions. During the lockdown, he was tasked with designing an effective hand washing facility.

“I suggested a pedal tap, it is known everywhere, even in the village there are two sticks, and a stick across and a jerrycan with a rope where you step and water flows. That thing is known entirely. The challenge was to make it possible that it is movable without digging holes in the ground with even a larger capacity of carrying more water.

A tip tap usually has a 5-litre jerrycan and improved it from a wooden frame to a steel frame carrying a 20-litre jerrycan. And it has evolved, initially out clients at the brewery complained about the bucket being down and that they were being stolen, we had to make it fit. Now with the opening of schools, people have realized it is the best solution but it’s a tip tap solution,” he said.