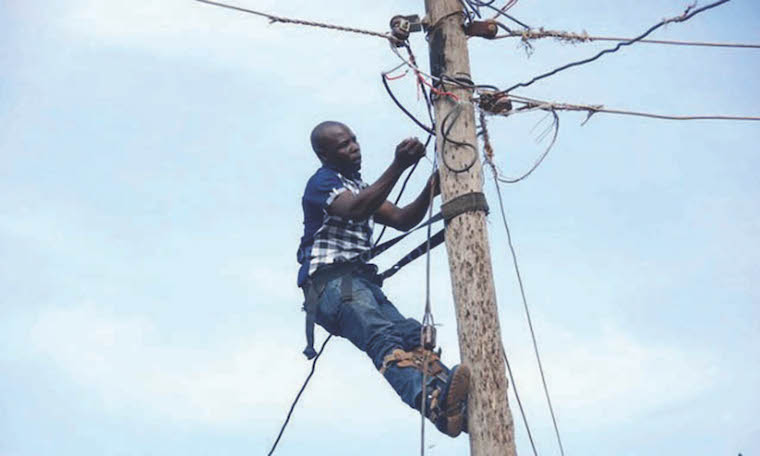 More than 200,000 people have for months been stranded in a queue waiting for new electricity connections from Umeme Limited, with some already facing a push-comes-to-shove moment, resolving to stealing power.

As a result, there are worries that Uganda could miss its target of getting at least 60 per cent of the population onto the grid by 2027. On top of that, illegal power connections will not only put people’s lives at risk, but they are set to eat into Umeme Limited’s revenue belly, and ultimately hurt the company’s tax contribution to the country.

“There are many businesses which cannot start operations because they don’t have power. We feel for them but what can we do? We have to wait for guidance from Government to address the current stand following a halt to the exercise in July 2020,” Peter Kaujju said, adding, “We needed funds to effect the connections which, unfortunately have not yet come through. It is equally harder because we are also unable to connect those who can sponsor their own connections until there is green light from the regulator” Kaujju is the head of communications at Umeme.

Now, with the situation getting out of hand, government is set to break its silence. The Observer has been told that cabinet is set to give Umeme Limited a go-ahead to connect those who can pay for the service. That announcement could come as early as this week, and could be received with relief.

This no-objection to Umeme to connect those who have the means is set to give the government time to amend the framework policy governing the Electricity Connections Policy (ECP). The amendment is likely to keep the free connection policy in place for those who cannot afford.

The ECP is a 10-year programme that was launched in 2018 to increase power connections from an annual figure of 70,000 customers to 300,000. These connections were expected to increase electricity demand for up to 500MW on the grid by 2027.

The programme was structured in a way where a new customer would enjoy a free single-phase power connection to a premise provided it was within 90 meters of an electricity pole. Before the ECP, customers would pay at least Shs 650,000 to get a no-pole connection, with the amount shooting higher if poles were needed. Under the ECP, customers would pay less than Shs 30,000 for a no-pole or one-pole connection.

However, the programme has run into trouble with government, through its implementing agency, the Rural Electrification Agency, failing to make payments to Umeme Limited for connections, which has led to its suspension.

There are fears that the government is going to continue to pay billions of shillings in costs for deemed energy – power that is generated but not consumed – thereby clawing back some of the progress attained in the industry. Uganda has a generational capacity of close to 1,200MW of electricity but just over 800MW of that is consumed. The generational capacity is expected to shoot even higher when the 600MW Karuma hydropower dam is commissioned over the next three months.

Umeme Limited says it is demanding for $23 million from the Rural Electrification Agency in unpaid claims for the connections it has made. There is no indication over when this money will be paid and how soon the programme can be revived.

As Uganda moves into a heated electoral campaign season, electricity is expected to be a critical talking point for many politicians. Resolving the issues around ECP is gaining more attention, we have been told.

Umeme had earlier suggested to government two solutions to resolve this issue: allow customers who can afford the full cost of new connections to pay or allow Umeme to use its capital expenditure allocation, which is approved by the Electricity Regulatory Authority, to connect customers who have been in the queue for months.

It now appears that one, if not both, of those recommendations is now going to apply, lighting up an industry that has shown immense potential of growth.