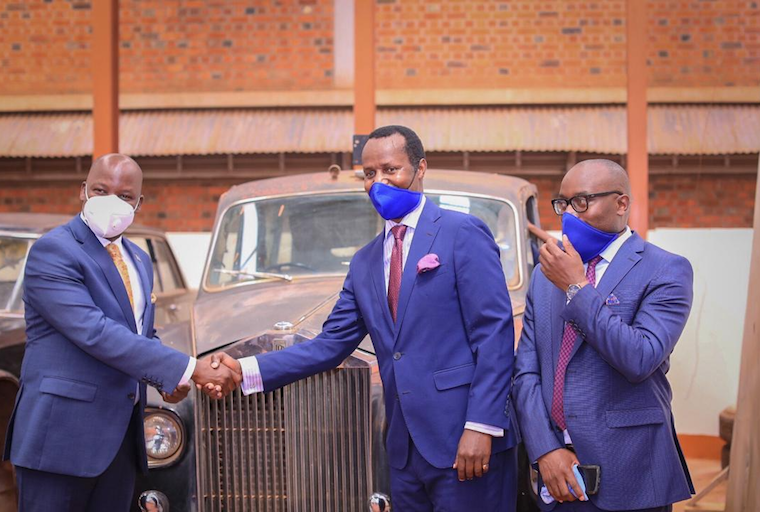 Coming from this part of the world, for many years, I was always baffled by what some of the people in the developed world spend their money on.

I am interested in world news, and once in a while, I would hear that a piece of art was sold for millions of dollars at an auction. I wondered why in the world, would anybody pay top dollars for a mere piece of art. Not that I didn’t appreciate art, but as somebody with my background, I thought it was a total waste of money.

My bewilderment, or naivety if you like, was that some of the pieces of art that these people spend a lot of their money on are not even by Picasso or Michelangelo. Many were made by ordinary painters though their owners had kept them in good shape for many decades.

I decided to read more about this crazy arts business. I realized it wasn’t just art. Watches, guitars, whiskey, wines, books and many other such items were sold at crazy amounts. Only in August this year, basketball legend Michael Jordan’s game-worn sneakers sold for $615,000.

Jordan wore the pair in a game in 1985. Yes, a pair of shoes slightly older than NRM has been in power sold for a whopping Shs 2.2 billion. As an ordinary Ugandan, you probably now understand why I was always puzzled by what folks in the developed world spend their money on.

As I read more about this weird behaviour of spending a lot of money on ‘non-essentials’, I came to understand that art, vintage cars, and such others relics were mainly investment vehicles for the wealthy. The person who bought the Jordan Nikes will make a lot of money in 10 or 20 years. All that they need to do is simply keep them safe and in the conditions they are.

These particular Nikes are already making the owner money same ways Ugandans invest in land or buy treasury bills. At one stage, somebody else will buy them at a lot more money and the cycle continues. In Uganda, given the size of our economy, we may not have grown to a level where we can buy paintings or even shoes expensively even though we can participate in this global business.

South African President Cyril Ramaphosa was fascinated by the Ankole cows and bought some of them. At an auction in South Africa, Ramaphosa sold an Ankole bull at ZAR 640,000 or Shs 143.8m! A well-bred Ankole bull in western Uganda is sold at less than Shs 3m. It can be worthless during a severe drought.

So, imagine if one had the Akii-Bua’s shoes he used when winning his famous gold medal, somebody would buy them today at an astonishing price. Joshua Cheptegei simply needs to keep his shoes and vests; one day long after he has stopped breaking world records on the track, he might be making millions of money from his sportswear.

However, there are some Ugandans already making money from this industry. They mainly concentrate on vintage cars. One of my friends has a BMW, which is about 30 years old; he drives it mainly on Sundays and many people stop him offering him crazy money. He always smiles and continues to drive.

I have another friend who specializes in old Mercedes Benzes. Anywhere there is an old Merc on sale, he will buy it. If it needs restoration, he will put in money and turn it into a unit that turns necks in Kampala. He gets good money whenever he decides to sell.

The kingdom of Buganda has been relentless in their pursuit for the government to return its old Rolls Royces one of which was recently returned, 54 years after it was taken away during the attack on the palace. Although the kingdom may never put it on the market, when fully restored, it would cost more than a brand new one.

And since we are willing to buy old cars expensively, we could be able to buy other old stuff too. So, a business model based on vintage stuff could bring a lot of returns to those willing to invest.

Old houses, for example, that have been restored could be of interest to the growing ‘middle-class.’ I know we have destroyed many of them for shapeless apartments and arcades, but I believe if you found one and restored it, it would bring a good return on investment.

I already see a few ideas flowing. In for vintage investments.
Report to administrator