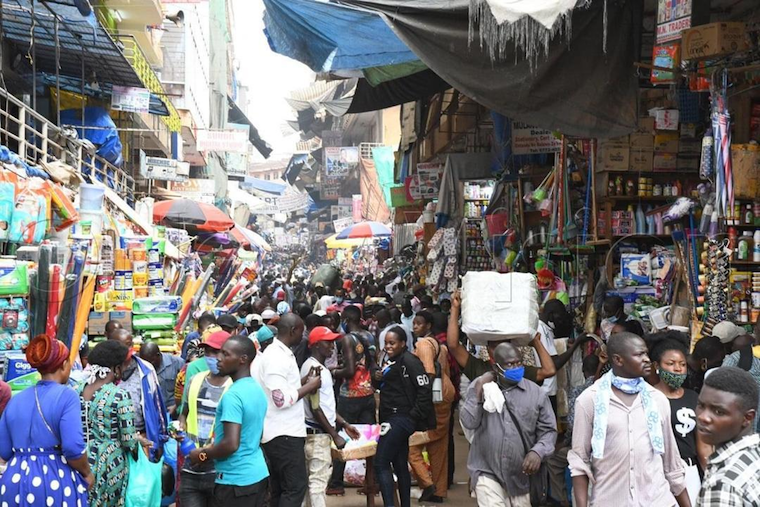 There is a video circulating on WhatsApp showing empty shops in some of the arcades in downtown Kampala.

The shops are on the ground floor and accessible. After watching it, I called a few of my friends who work downtown to confirm availability of these shops. They told me the story is largely true and many people are willing to sell their shops and relocate.

Kikuubo and, indeed, downtown Kampala used to be the hub of trade for wholesalers for the entire country and beyond. Traders from all over Uganda used to flock it to buy stuff to stock their shops. Other traders came from DR Congo, Sudan, Rwanda, Burundi, and some even from Kenya.

Today, Kikuubo is starting to lose its influence. There are many reasons. Factory owners are sidestepping Kikuubo to deliver goods directly to traders across the country. When you drive to all major towns (some now called cities), you will find many trucks of distributors delivering merchandise to traders in those towns.

So, the traders no longer have to come to Kikuubo to buy stock; it is delivered to them wherever they are. Many traders are also simply buying directly from the factories, cutting out the Kikuubo middlemen. Factories are being set up outside Kampala as well. Some towns have also grown.

A small town like Gayaza now feeds traders in Zirobwe and Kalagi. Mukono supplies traders from nearby towns. Kampala’s traffic jams mean that a trader makes a saving if they avoid shopping from Kikuubo. Nateete is booming because it is more accessible than Kikuubo for traders from the nearby towns like Nakawuka, Bulenga and Mpigi.

Also, rent is 10 times cheaper in the suburbs than in Kikuubo. One of the people I called told me that he is closing his shop in Kikuubo and is going to buy a few smaller trucks and have a delivery system. He will only maintain a store where his trucks pick up the merchandise and deliver it directly to his customers.

He has been creating a database over the years but also he will be able to get new customers on the routes he will choose. He thinks he will become more profitable that way. He is basically changing from a trader to a logistics entrepreneur. I was also recently in Masaka and Mbarara and I saw that these towns are growing massively, with many arcades coming up.

A trader in Kyotera, which is slightly above 50km from Masaka, will not travel to Kikuubo to buy stock when he can get it from Masaka. A trader in Bushenyi will prefer to restock from Mbarara than Kikuubo. Remember that factories and distributors are also delivering directly to them. The same applies to Mbale, Gulu, Arua, Lira and many other towns.

Because the traders from Masaka or Arua are growing, they have started flying to China, Turkey and other countries looking for cheap bargains. Kampala traders no longer have the monopoly of flying out of the country. Don’t get me wrong. Kikuubo isn’t going to collapse today, but its influence and status as the region’s trading hub is simply waning.

Kampala’s population is going to grow to 10 million people in the next 10 years; so, there will still be some business downtown but not at the rate it has been over the last few years. As small towns like Mpigi, Nakawuka, Zirobwe, Kalagi and Lugazi, among others, grow, they will accelerate Kikuubo’s decline.

The real estate moguls in Kikuubo need to start thinking about these changing dynamics and find strategies that can keep their buildings relevant. Because of Covid-19 and the growth in internet and logistics, Kikuubo traders who vacated the shops for the suburbs are feeling liberated. They no longer have to keep awake wondering how to make the rent.

This challenge isn’t unique for Kikuubo alone, it happens in all cities as they grow. Population growth and infrastructural developments make some areas less significant as they previously were and downtown Kampala finds itself in such a situation today and in many years to come.

Some buildings may have to be repurposed, rent rates may have to be significantly cut, and Kampala Capital City Authority may have to work with the real estate entrepreneurs to create campaigns that promote Kikuubo and other places.

Traders who will prefer to remain in Kikuubo can no longer wake up, open the doors and wait for buyers like they currently do. They will need to market and find innovative ways to reach retailers happy not to come to Kikuubo or downtown for anything.