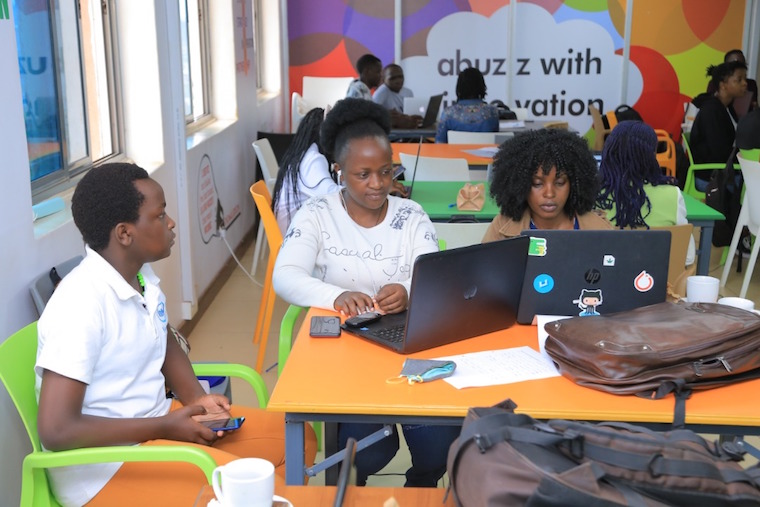 Some of the female developers at the hackathon

At the just-concluded Women in Fintech summit at Sheraton Kampala hotel last Friday, experts called for more involvement of women in the technology sector and fintech industry. Although women make the most purchases in digital transactions, they are most excluded from financial solutions, writes FRANK KISAKYE.

The Women in Fintech summit organized by HiPipo under Its Include Everyone program was a culmination of the five-day Women in Fintech hackathon where 15 women-led teams converged to conceptualize and develop financial inclusion products focusing on women under local and international mentorship.

The World Bank’s Global Findex database highlights that women are nine per cent less likely to have a bank account than their male counterparts and that is where digital financial services become handy.

Primera Muthoni, payment products specialist at MTN Uganda, said though it is not easy for companies to build digital products for people at the bottom of the pyramid, those earning less than Shs 3,000 a day, developers must, nevertheless, develop products that also include them for inclusion purposes.

She, however, decried the few women in the technology sector and even fewer in fintech and the low visibility accorded to them by the media and the few products developed with women in mind. Technical facilitator Simon Kamya said having a male-dominated technology sector is a detriment to the sector itself because male developers just imagine solutions without much consideration to women’s needs or challenges.

“I encourage all the ladies that have been attending these sessions, go ahead and create solution. You can have your idea and keep singing about it around your room but as long as it is not engaged outside your house, it only benefits your house.” said Kamya.

He encouraged the developers to always plan and use the right tools for their project so as not to be among the statistics of the many Ugandan fintechs that never last beyond their third year of existence. He said developing products is much more than just coding with preparation and planning just as essential as the computing itself.

According to Nicholas Kalungi, the chief operations officer at HiPipo, 31 units submitted and 15 were shortlisted to be part of the Women in Fintech hackathon which ran between September 12 and 17 at Hive Colab in Kamwokya. The shortlisted teams include Kanzu Code Ladies, W-Sacco, Team Spec, E-Moments, GreenGrab, Achors, UgMart and Hack Girls. Others are Team Kameeza, Alpteq ICT Solutions, Team Affinity, Sky Code, Team Time, Kuzimba Services, Yo Uganda Limited.

Kanzu Code Ladies emerged winners of the $2,000 (Shs 7.3m) prize money as their digital bank system that allows small and medium-sized businesses to pay daily staff wages to their mobile money accounts or banks with just one click of button was chosen as the best by both local and international facilitators, judges and mentors.

The other four runners-up teams participants, HiPipo CEO Innocent Kawooya said, would each receive $200 would come together to form one company where they all have equal shares to develop their concepts further.

He also offered to pay web hosting services for a year for the participants. Adama Diallo the Mojaloop Foundation director and Google head of partnership for the Next Billion Users Project in Africa, in a video message urged the participating teams to dream as big as they can imagine because the tools and technology are already in place to make them actualize their dreams.

She said research has shown that companies with women managers are more innovative and it only makes business sense to include women in fintech since they make three quarters of the daily purchases. 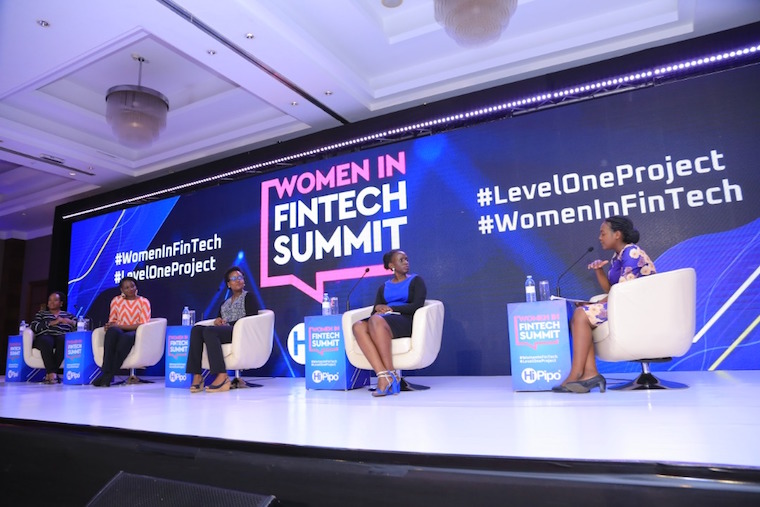 She called for more women in finetch hackathons to offer a unique opportunity for user experience, mentorships, business models, customer business strategy, financing and much more.

She added that networking is the biggest single career asset which makes individuals and businesses to know the who-is-who in the industry and other organizations, follow trends, ideas and opportunity but also find business partners and contracts among others. Reputation, she said, it can shut or open doors for businesses.

Stella Lugalambi, co-founder of Hamwe East Africa, said despite many people in the country owning phones, majority have never used them for financial services. She said people still don’t have trust in fintechs and that they can be able to carry out transactions online.

She appealed to HiPipo to continue to mentor the 15 team participants so that they are able to get business opportunities and not die as it would encourage others.

According to Doreen Lukandwa, head of marketing and customer experience at Beyonic Uganda, fintechs come in to bridge the gap where the big players in the market such as telecoms fall short.

Products such as SafeBoda, she said, are addressing economic and social challenges in the country. She called for more engagements and sessions where women can indulge, network and not be afraid of what is ahead of them.

Judith Odio, a commissioner at the ministry of ICT & National Guidance, who represented the minister of ICT Judith Nabakooba, said it is very important for Uganda’s developing economy to have such innovative ideas to use their skills and uplift other sectors such as education.

Earlier, during her mentorship session during the week, Maggie Kigozi, the former Uganda Investment Authority executive director, decried some of the regressive regulations such as Uganda Communications Commission’s call to register mass communicators on social media platforms.

She said such policies negate the growth of the sector which has been a saviour during the coronavirus disease pandemic by enabling businesses to continue transacting even in lockdown.