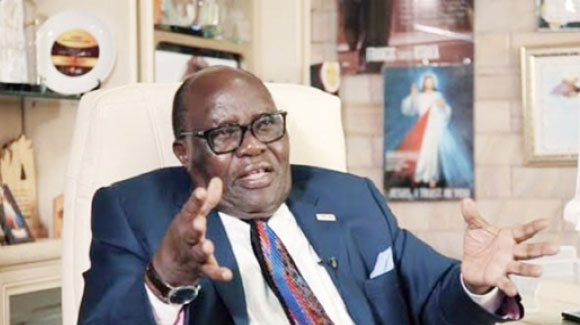 The late FRANCIS XAVIER KITAKA was renowned for being an astute hand-on businessman with interests in pharmaceuticals, human and animal health, not to mention real estate.

Ernest Jjingo looks at how the 86-year-old, who succumbed to Covid-19 on September 12, built his business empire.

For those who have known Kitaka for years, he is a man of action when he sees an opportunity. Back in the sixties when there were very few trained veterinarians in the country, many chose the path of working with government agencies but Kitaka’s business acumen couldn’t let him work in government for long.

So, after working for the Animal Health Research Centre in Entebbe, Kitaka teamed up with friends in 1967 to start MTK Holdings Limited after buying off the Animal Division of Wellcome Foundation Africa.

Edward Martin, Randal Taine and Kitaka joined hands to form the company acronym MTK, which to date is the oldest animal drug company in Uganda. It is MTK which gave birth to his other ventures such as Quality Chemicals, TINOSOFT Ltd, which deals in information technology solutions, and Mosquito Net Village Ltd, which makes mosquito nets.

Yet Kitaka wouldn’t have lived to see the growth of his empire had it not been a stroke of luck in 1995 when armed thugs shot him.

“I was ambushed by goons at Kansanga in 1995 who wanted to take away my car and when I tried to fight them, they shot me,” he recalled in a 2017 interview with BBS Terefayina.

“The bullets passed through my left arm, entered the stomach and passed just below the heart, above the liver and then passed out through the body and hit the car. I was taken to Nsambya hospital but luckily, President Museveni gave me assistance and I was taken abroad for treatment for two months.”

Indeed, Kitaka’s closeness to the president dates back to the eighties when NRM had just taken power.

“Museveni loves hardworking and developmental people and I think he loved that about me when he took power. For many years, I was the one in charge of his farms in Kisozi, Rwakitura and other places and I made sure I generated the best drugs for his animals, which have since been bred internationally,” he said.

However, in spite of the close friendship, Kitaka, a devout Catholic, decided to steer clear of politics.

“See, everyone is a politician in one way or the other. To me, politics requires someone who is a very good talker and I am not that kind of person,” he said. “I prefer thinking and listening to talking. But I am very good at following the laws put in place by politicians.”

In his free time, Kitaka has been a regular at Pope Paul VI Memorial centre, where eminent Catholics usually meet for a drink. Here, according to a friend who preferred anonymity, Kitaka was a free soul who would dance without the need to be prompted. “He loved live bands and always joined them on stage whenever the opportunity arose,” he said.

Being wealthy was one known fact about Kitaka but he also often shared tips on maintaining it.

“I’ve managed to retain my wealth by just accepting whatever situation there is and adjusting to different governments accordingly. You just have to obey what those in power say.  Another thing is not stressing myself, I only work for today, and not worry about the future or think about the past.”

Meanwhile, the selfless nature of Kitaka greatly endeared him to the Catholic Church, where he donated at will.

In fact, it is for this reason that the Catholic Church broke away with the Covid-19 restrictions to hold a special requiem mass for Kitaka on September 14.

Here, speaker after speaker extoled Kitaka for having a generous heart that helped the Catholic Church projects thrive.