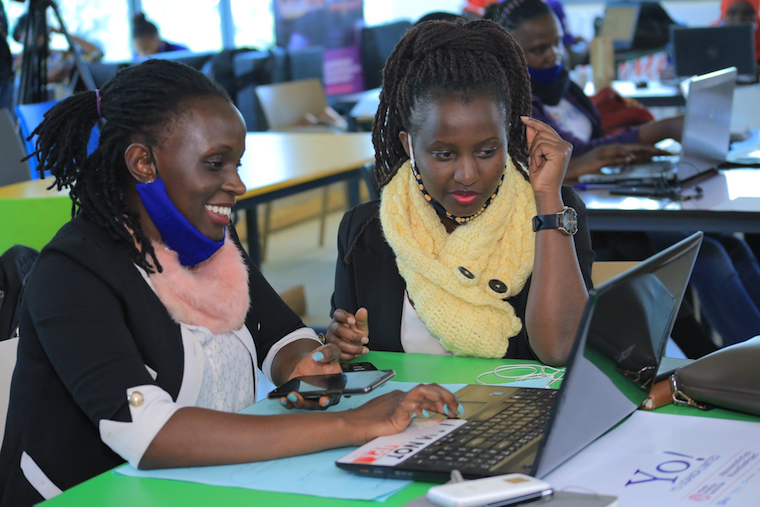 Some of the women developers at the hackathon

The coronavirus pandemic has vindicated the proponents pushing for the expansion and funding of the Information and Computer Technology (ICT) sector, former Uganda Investment Authority executive director Maggie Kigozi has said.

Kigozi, a consultant at the United Nations Industrial Development Organization (UNIDO) was the chief mentor at the ongoing Women in Fintech hackathon at Hive Colab in Kamwokya where 15 women-led teams are conceptualizing and developing digital financial inclusion products focusing on women.

She said Ugandans businesses and government officials should take time and imagine how they would have gone through the lockdown period imposed in March this without ICT tools and technology to continue conducting business.

Kigozi said several years back when she at the helm of UIA for nearly 12 years, when many did not believe, they identified the ICT sector as a driving sector that would propel other sectors in Uganda to the next level. She said however, many government officials instead thought it was other sectors such as manufacturing that would be the driver of Uganda’s economy.

”While I was there (UIA), we brought it up that this ICT is the future, this is the sector that is going to drive all other sectors but convincing Ugandans on that was not easy. It was really really hard. We had to bring together some smart people who understood what ICT could do.” she said.

”They were insisting that we want manufacturing, we said no; even manufacturing will not move if it doesn’t have the ability to communicate…None of the other sectors even Tourism had ICT as a priority and we said; You have a lion there but how do you tell the Americans that a lion is there…Even me I knew it [ICT] could work but did not know how.” added Kigozi.

Kigozi said they have since been vindicated even more so with the coronavirus pandemic. She said if Uganda had not made great strides in the ICT sector and digital solutions where products such e-banking, agency banking, mobile money, e-commerce, then Ugandan businesses would have found it very tough during the lockdown that was imposed earlier in March this year to mitigate the spread of coronavirus.

The Women in Fintech hackathon, organised by HiPipo under its Include EveryOne program, will culminate into the Women in FinTech Summit scheduled for Friday, September 18, 2020, at Sheraton Kampala Hotel.

The hackathon is meant to harness new compelling business ideas, concepts and models as well as talent specifically among women developers from across the country with a special focus on women in areas of payments, lending, saving, e-commerce, e-education, e-agriculture.

HiPipo CEO Innocent Kawooya told the developers on Monday to use their talent and technology to transform ordinary people’s lives.

”We’re very happy that we’re seeing success on the first day of Women in Fintech hackathon. When we proposed these hackathons to our partners that are global in Europe, in America and have run technology for very many years, they thought it would be very hard to happen. Yes, last year we had the hack-Mojaloop and we only had four teams and it was both men and women teams. This hackathon speaks to the fact that the years 2020-2030 are years for women - just like the UN says,” said Kawooya. 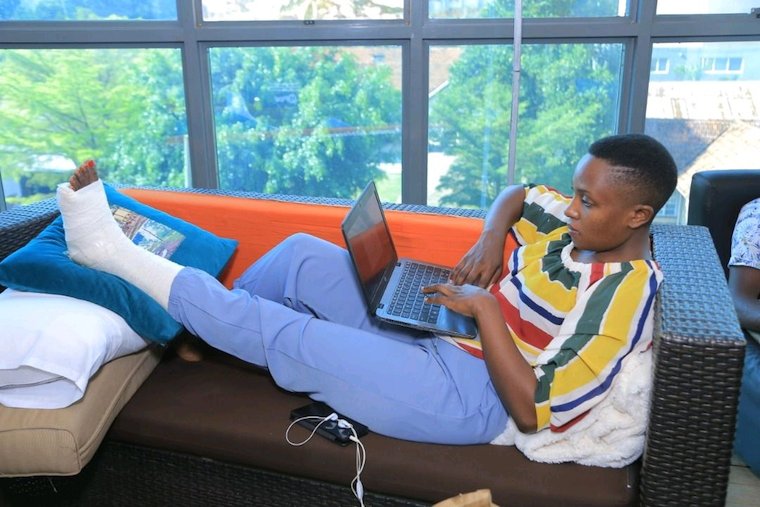 HiPipo is partnering with Crosslake Tech, ModusBox, Mojaloop Foundation and Level One Project and the best ideas/products will further be developed at the commercial level. The ideas at the hackathon must follow the Level One Principles of being simplified, general, and enhanced, they must be able to work with low-cost user devices, there must be real-time/immediate funds transfer, there must be able to make same-day payment settlement and the pricing must be transparent for everyone to see and once the transaction is made, it is irrevocable but a reverse transaction can be made.

The developers are being mentored by both Ugandan and global and have been introduced to the latest development tools and technology such as Mojaloop, postman, diagrameditor among others.

Kigozi further urged the developers to be patient and have the common person in mind while developing their applications. She said she was even happier that Ugandan women had been put together to develop solutions that appeal to their everyday challenges.

According to Kigozi, women face unique challenges brought about by societal, cultural, religious prejudices and setbacks and hence the need for solutions that attempt to rectify those challenges. Kigozi said now that even most companies are downsizing on their staff and office space after realising that staff can work at home, it’s high time more women embraced ICT and the opportunities it brings to complete the linkage between computing, finance and markets.

”Women have challenges, different kind of challenges, you know our culture, just going to work even going to office. But you see this is something you can do at home. You have your laptop there and you’re in business. You don’t have to walk out of the house. You know sometimes husbands are jealousy they don’t want you to get out of the house, they think you re meeting all kinds of people there, they don’t know that you can meet some people online…You can stay at home and do your work.”

Some of the ideas conceptualised at the hackathon so far include an education saving app that will enable mothers to save whatever daily amount they have to total up the Shs 150,000 monthly lumpsum demanded by insurance companies. Kigozi said Ugandans developers must also be patient and not expect instant returns because the money always takes longer to come than anticipated.

”Start small, we all started small, you will get to the big car, you will get to the big house I promise. Start small, focus. For so many years we run Pepsi and we did not get a single shilling as dividends. I was there for some years getting poorer and poorer until I got a job in government until I left them. I have not left them entirely am still on the board, I oversee and now we’re making money. So don’t be impatient, it will work eventually. Also, make sure you run your business ethically. Let people trust you. Do not let them down. You let one person down, they will tell the who country about.” she said.

Indeed, earlier, HiPipo CEO, Kawooya said after over 15 years of trying, it is only this year that HiPipo has been able to make its breakthrough and they decided to opt for community initiatives such as the Women in Fintech hackathon instead of building new structures.

Kigozi told the developers to emulate HiPipo’s Kawooya business acumen and character, who she said is very dependable and reliable

”He is so dependable. When Innocent says he’s going to do something, he’s going to do it. When he says this is not going to be possible, probably it is not possible. Have that trust that relationship. Go out of your way and be someone they can trust. You have a good example there of somebody to copy in the way he works.” she said.