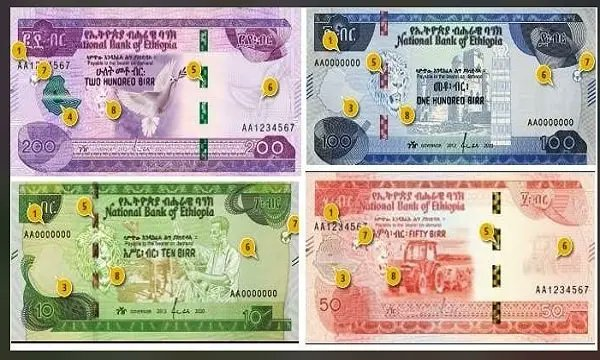 Ethiopia has introduced new banknotes to shore up the country's struggling economy and slow the hoarding of currency and illegal trade activities.

Prime minister Abiy Ahmed said the improved design and security features on new Birr notes for denominations of 10, 50 and 100 will make counterfeiting difficult. A new 200 denomination currency note has also been introduced.

Ethiopia is spending more than $97 million to print the new currency. The Ethiopian government intends to turn the 5 Birr note into a coin format.

Ahmed said in a statement that money outside the banking system has been rising, affecting how commercial banks can turn assets into cash. He added that the outside money also bolsters corruption and illegal trade activities.