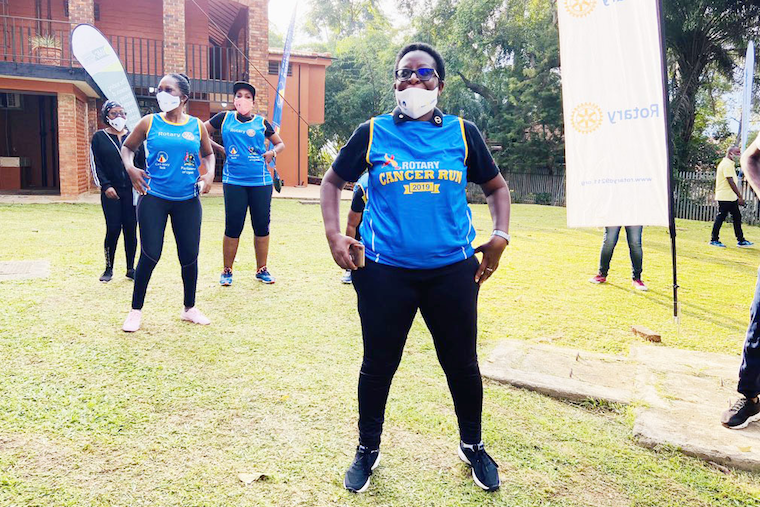 In March this year, with COVID-19 creating disruptions the world had never seen, I thought about an event that was five months away. For a while, I felt that by the end of August, the world would be normal again.

Like many people, I trawled the trustable news websites to check how far the scientists were moving to find a combination of drugs that could cure people of this unwanted disease. The more I read, the more realized that it would take a very long time to find a cure or vaccine.

At the back of my mind was the Rotary Cancer Run that was due Sunday, August 30 of which I was the chair of the organizing committee for this year. When we started preparing for it in September last year, I had created an executive committee which was made up of people who had been in my position before for the previous few years. I know them personally, and they are friends. However, I knew that they would never tell me what I want to hear instead of what I needed to hear.

So, in May this year, I called them and said we need a crisis meeting. This COVID-19 pandemic isn’t going away but even if it does, do we have time to organize an event that attracts more than 50,000 people in 50 towns across the country and a few other cities outside Uganda?

The consensus was that this isn’t possible. We didn’t even think it would be possible to get the funding we needed to pull off this event. However, since everything was now being done at home, we could try uncharted waters by organizing a virtual Rotary Cancer Run.

I then called the organizing committee to hear their views. Every year, a group of volunteers is identified to organize the event. I asked them what I had asked the executive committee and everyone said we can’t organize the event the way we have previously done. We agreed to do a virtual event.

A small committee was then tasked to come up with ideas and what we needed to do to organize the virtual Rotary Cancer Run. We sent letters to the key partners and sponsors informing them of our decision, and they too agreed with us.

Monthly, then bi-weekly and eventually weekly meetings were held were each subcommittee would present their plans for the virtual Rotary Cancer Run. All our energies were to do this event where people would run from wherever they are across the world. Plans were made and we went ahead to implement them.

Some of the key sponsors like Centenary Bank, LycaMobile, and Uganda Breweries among others and all media houses said the times were tough but they won’t let us down.

Along the way, I received a phone call from a PR executive with an agency that does work for Centenary Bank. The agency was proposing that we sell face masks this year. I didn’t like the idea at first. Everyone had a face mask and the hustle of making them. But I didn’t veto the idea either. I said we would think about it.

An hour or so after the phone call, I realized it was a wonderful idea and I presented it to the organizing committee. They loved the idea too and we incorporated it into our plans. Many people who participate in the run contribute by buying a vest for the day. We had decided not to sell vests this year due to logistical challenges as a result of the lockdown. The face masks, although presented their own challenges, they were not at the scale of vests.

One Saturday afternoon, a friend on the executive committee called. He had found contact with world athletes. They had agreed to do videos to encourage people to participate. Bryan Habana, Tyson Gay and Yohan Blake indeed sent the videos. Ugandans and Rotarians from all over the world started sending videos and photos that they will participate and they indeed participated. We had become global.

We turned a crisis into a first for us and pulled off a run of that scale across the country and in many parts of the world. We set up a command centre at the Uganda Rotary Cancer Programme office in Muyenga from where we streamed the event live to millions of people on TV and online. People were able to send their videos in via Zoom. As an entrepreneur, I learnt that we could turn whatever crisis we face into opportunities.