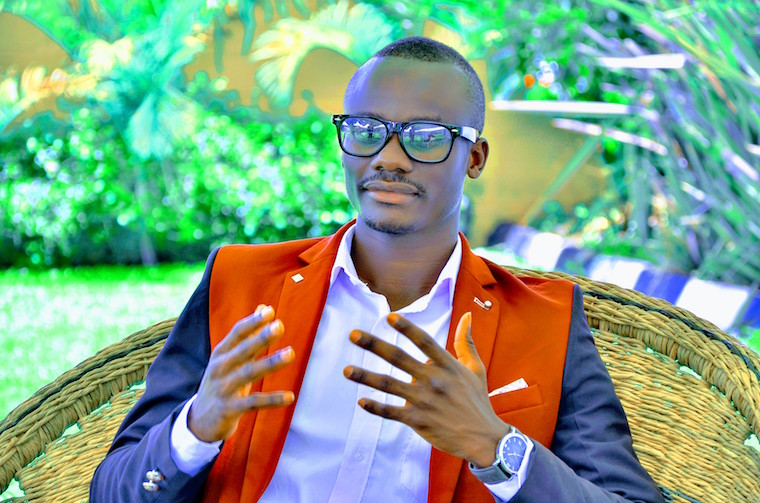 Douglas Smith received the most votes

Five lucky youth have won the public vote to emerge as winners of the MTN for Good campaign launched earlier this year.

MTN itself started as a small SME to become one of the most admired brands in Africa and the Food Good campaign sought to awaken the youth to the fact that it is possible to realize your dreams if you pursue them.

Douglas Smith of Sportrise polled the highest public votes beating over 100 other participants to emerge winner in the inaugural campaign. Sportrise is a local company that is using plastics to make soccer balls. Other winners are Joseph Semayengo a brickmaker, Julius Tusingwire a programmer, Brian Maw, a talented producer, and Tony Ayebare with an online butcher.

The winners will receive support from MTN in support of their dreams including MTN Mobile money to seed into their ideas, 60GB data per month for six months, Kigale fixed lines among others. MTN will also arrange for them to meet their idols.

In the campaign which targeted mainly the youth, they were asked to submit a one-minute video showing their dream. The submissions were subjected to a public vote and the top five videos with the highest votes declared winners.

“We all have dreams. It’s a great thing to be a dreamer because the ones who dream are the ones who own the future. Like MTN, many of the leading businesses, companies and enterprises started from an idea that sprung from a dream. Youths have many dreams and MTN wants to help them bring their dreams to life under the ‘For Good’ campaign, said Somdev Som, MTN Uganda chief marketing officer.

Today, MTN is a leading emerging market telecommunications operator with 240 million customers in 21 countries in Africa and the Middle East. In 2015, the telecom giant was named Africa’s most admired and most valued African brands by Brand Africa. MTN has consolidated its position of being at the forefront of innovation in connectivity.

“The youths have many dreams. Since we are in the business of connectivity we wanted to be the link that connects the youth to their dreams. Our pledge to the public is whatever your dream, let’s create it together.” Somdev added.

From connecting millions of people across the world with a dream of delivering a bold new world to its subscribers, MTN is seeking to connect youth to their dreams in its new thematic campaign dubbed ‘For Good’.

The ‘For Good’ campaign was rolled out by MTN Group in November last year and will run across the 21 countries in which MTN operates. Running under the theme; ‘whatever your dream, let’s create it together’ in Uganda, the campaign will be tied around connecting people, particularly the youth to their dream.