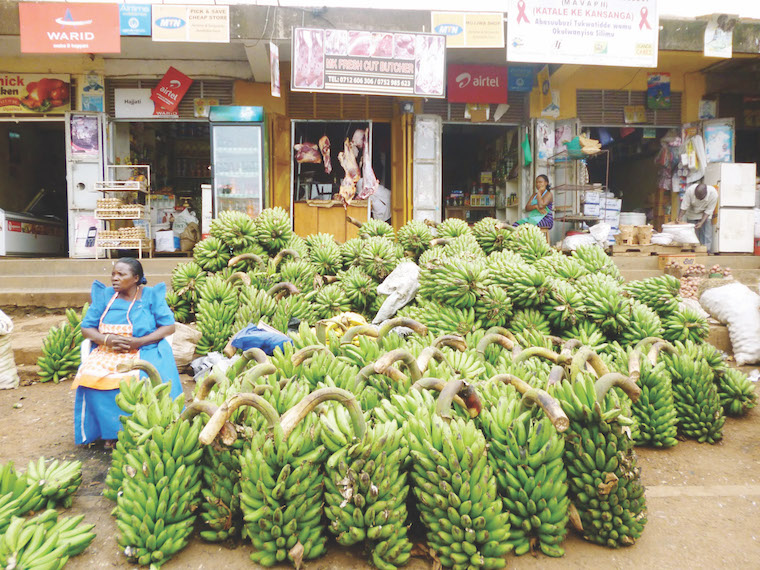 Last week, I predicted that most parts of greater Kampala will be urban in 30 years. Before that, Kampala’s population is estimated to grow to approximately 7.5 million people in the next 10 years, according to the World Population Review.

Urbanization means that there will be less land devoted to agriculture within Kampala’s 40km radius. Yet people will still need food. Africa imports food worth approximately $35 billion a year, according to the African Development Bank, and this is estimated to grow to more than $100 billion in the next 10 years.

This is a result of “population growth, low and stagnating agricultural productivity, policy distortions, weak institutions and poor infrastructure,” says a report by the Food and Agriculture Organisation (FAO), a United Nations agency.

Many of African dollar or even shilling billionaires are involved in food. In Uganda, we even import cabbages, onions and such other foodstuff! Yet our land is so fertile and the climate still favours agriculture. Uganda has a water body almost everywhere and even if you are to sink a borehole, the water isn’t that far deep in most parts of the country.

As Kampala expands and its population grows, there will be more demand for food than ever. The government is pushing industrialization as one of the ways to create the elusive jobs.

With the internet and advancements in technology, many non-traditional jobs will be created, leaving many youths working outside the agriculture sector. As Kampala expands, some people will become middle-class. The middle-class will demand more organic foods. They also don’t work in the gardens.

Over the last few decades, many people have abandoned agriculture, preferring to look for jobs in urban areas. The declaration that now some towns are cities will also lead to more people migrating to urban areas in search of jobs. At the end of the day, they will need food.

There is a news video circulating online that the price of Matoke, the staple food in many parts of Uganda especially the populous central region, has significantly gone down over the last few months. This has been largely attributed to the Covid-19 pandemic. However, the market and generally demand for food is enormous in central Uganda given the way Uganda’s economy is structured and the level of urbanization.

One way farmers can cut costs and increase their incomes is by growing food that is needed in a particular market. If, for example, you grow a particular food crop where the market isn’t available, it becomes expensive to transport it to the market. Let us take an example of Matoke.

If you grow Matoke in western Uganda, the transport costs are enormous to bring it to Kampala where the market is. This means that the farmer will get less as the traders have to factor in the cost of transport.

This means that most of the money the farmer could get is now taken by the transport man. With increments in taxes levied on fuel, the farmer will get much less. As you know, our value addition on Matoke is still in its infancy even though there is a factory that is being set up to make flour among other products.

So, the best bet for a farmer now to increase their profit is to grow food within a radius of about 120km from Kampala. This will cut down the cost of transport significantly and avoid price fluctuations that result in flooding the market. When a farmer is far away from the market, they may not be able to predict the market as they need much more time to bring the product to Kampala.

A farmer within 120km of Kampala can easily monitor the market in Kampala and decide whether to bring the Matoke to the market or not since the delivery period is short. In two hours, a farmer can have his Matoke on the market if the plantation is within a radius of 120km.

This calls for zoning the country so that farmers whose products are perishable like Matoke grow it near their biggest markets. Produce with a long shelf life can be grown anywhere even though the transport challenges would remain.

So, for those who are looking for post-Covid-19 business opportunities, growing food within a radius of 120km from Kampala is a smart bet.

+2 #1 kabayekka 2020-07-13 14:19
What this gentleman does not emphasise is the new towns that of recent have been added to the status of international cities.

For us Africans who are traditional, charity begins at home. For example now that Mbarara is now a major Western Province city, every child in this cattle corridor should be able now to have a chilled glass of milk everyday.

Other than first loading up this rich fat milk into lorry tanks, and driving it all tha way to Eldoret, Kenya or to Kampala Uganda or to Kisangani in the Congo.
Report to administrator
+1 #2 smusumba 2020-07-14 10:25
I think you need to factor in the concept of demand and supply. If everyone is cultivating the same matooke the market will be overwhelmed and the prices will decline.