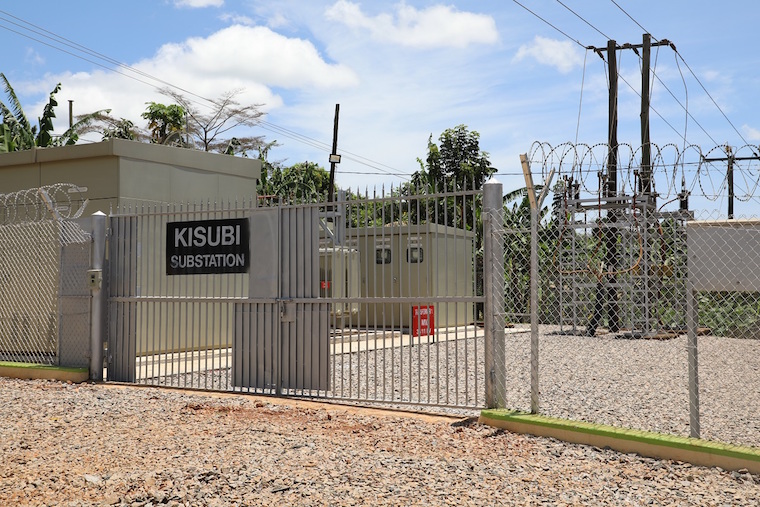 Umeme is expanding this Kisubi substation from 5MW to 20MW

To meet the countrywide growing demand for more electricity, Umeme Limited, Uganda’s largest power distribution company, has laid out a $83.3 million (Shs 310 billion) plan to connect more customers to the main grid as well as stabilize the supply.

The plan, contained in their capital expenditure plan for 2020 is part of the company’s larger $450 million (Shs 1.7 trillion) 2019-2025 investment plan, as the company comes to the end of its 20-year concession. Government of Uganda has indicated they will renew the concession.

The money is to be invested in support of Uganda’s four key national plan, namely: increasing grid connections, increasing demand, reliability of supply and driving efficiencies.

In a media statement, Umeme managing director, Selestino Babungi said that the company has already secured approval from the Electricity Regulatory Authority (ERA) and Shs 310 billion will be allocated to six critical areas.

“When completed, we will be able to reliably connect over 300,000 customers this year alone,” said Babungi.

Government of Uganda’s Electricity Connections Policy 2018-2027 aims at scaling up access to power and clean energy throughout the country, achieving 60 per cent access to electricity by 2027 - up from the current 28 per cent. Access will then be accelerated to 80 per cent by 2040.

To make this possible, all power distributors must accelerate their connections to at least 300,000 annually, while power generation needs to grow to 3,500MW by 2025, and 41,000MW by 2040. This will require maximum harnessing of  Uganda’s hydroelectric power potential, estimated at 4,000MW, largely along the Nile River as well as other potential energy sources, namely: geothermal (450 MW), solar (1,000MW), and nuclear (30,000MW). 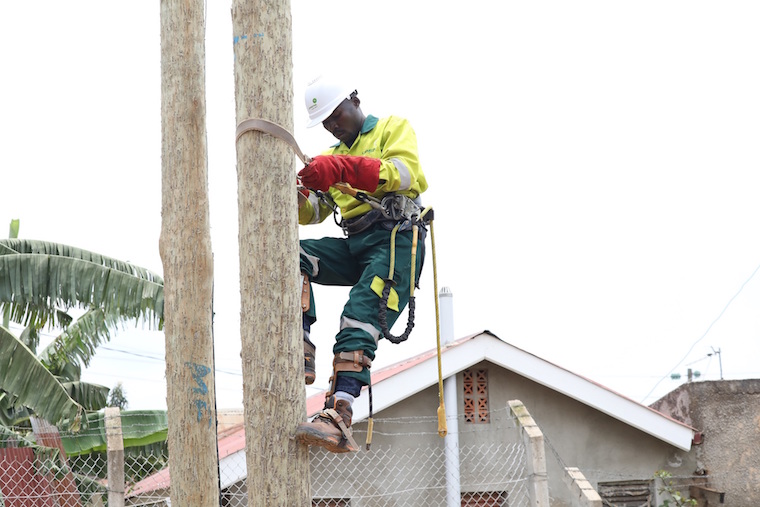 “Umeme’s growth in connections 14 per cent is well ahead of national demand that is growing at an average of 9.1 per cent. With the new capital investments, we expect to boost our new customer connections to about 250,000-300,000 per year. We will also invest in leveraging technology and business process improvements to reduce power losses and continue delivering more reliable power affordably,” he said.

“Umeme would like to reassure especially our government stakeholders that we are committed to supporting the government of Uganda’s agenda of modernising her people, create jobs, and increase household incomes through provision of efficient electricity distribution services,” added Babungi.

According to Babungi, Umeme is spending $26.27 million (Shs 98 billion) to convert the remaining 150,000 post-paid customers to prepaid metering (Yaka) to address losses as well as improve operational efficiency. $9.23 million (Shs 34.7 billion) will be put into distributing the power generated from the 16.5MW Siti II Hydroelectric power station in Bukwo district via a new $5.99 million (Shs 22.5 billion) feeder powerline the new Tangshan Mbale industrial park. This project shall also include a new switching station.

In the Mukono area, Umeme is also investing $3.4 million (Shs 12.7 billion) into evacuating power from the new UETCL substation in Mukono town, to the Mukono industrial area and to the in-construction National Water & Sewerage Corporation (NWSC) water plant in Katosi, Mukono district.

To support growing demand in the Bombo area, just to the north of Kampala, a $1.82 million (Shs 6.8 billion) switching station will be built at Matugga to enable network reconfiguration and network operational efficiency around the Liao Shen industrial park, Kapeeka. An additional $1.66 million (Shs 6.2 billion) will be spent on replacing the Bombo substation.

For northern Uganda, $1.56 million (Shs 5.8 billion) is being allocated to an evacuation line from the new Karuma hydropower dam, to address demand growth in and around Gulu district. Another $1.32 million (Shs 4.9 billion) will be spent on reconfiguring the Gulu substation to supplement and improve the old substation infrastructure and address the overloading of the existing power transformers.

In the Kampala area, Umeme is spending $2.1 million (Shs 7.8 billion) to replace the outdated power transformers and switchgear at the Ntinda substation with new 33kV equipment. In the neighbouring Nakawa are, $1.7 million (Shs 6.3 billion) will be injected into a new substation to feed the growing electricity demand from housing developments and industrial areas in the Nakawa and Bugolobi areas.

The Entebbe area will get a new substation at a cost of $1.38 million (SHS 5.1 billion). This is in anticipation of increased demand from the sprawling real estate developments and the Entebbe Airport expansions.

Other projects include $1.93 million (Shs 7.2 billion) in operational and network management systems to ease the services provision to its customers; $1.81 million (Shs 6.8 billion) to be injected into network refurbishment in Njeru Municipality, Jinja district and $1.8 million (Shs 6.7 billion) allocated to injecting new transformers in the network across the country.

“Umeme supports the government of Uganda’s post-Covid-19 recovery strategy of import substitution. Our investment plans are a further confirmation of our commitment to Uganda and the people of Uganda that we are proud of the journey we have walked with them thus far and are looking forward to continue powering Uganda’s progress and development,” said Babungi.