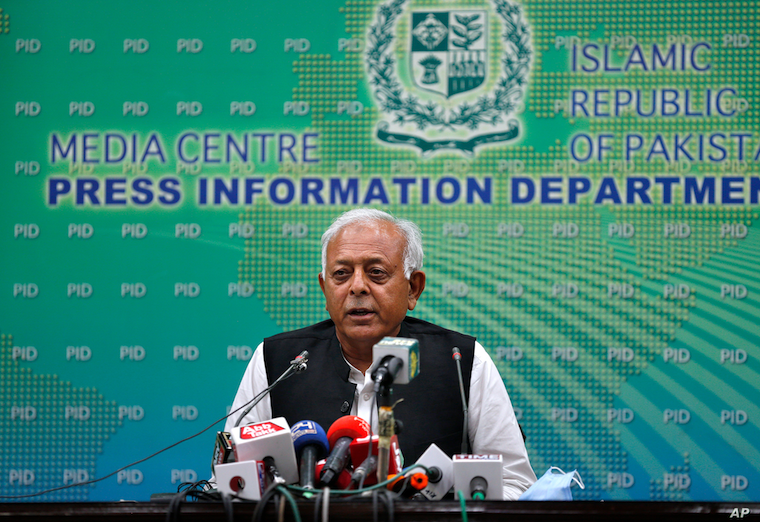 Pakistan has begun grounding scores of commercial pilots with immediate effect, a day after an official inquiry revealed that almost 30% of pilots in the country hold “dubious licenses” and “fake” education qualifications.

Aviation minister Ghulam Sarwar Khan, ironically also previously suspended over fake degree papers told lawmakers during the ongoing session of the parliament that there are 860 active pilots in the country working with domestic commercial airlines -- including the national carrier, Pakistan International Airlines (PIA).

Khan said that 262 of the pilots “did not take the exam themselves” to get a pilots’ license and instead paid someone else to appear on their behalf. Some of them “don’t have even flying experience”, he stressed while highlighting other massive irregularities such as nepotism that have plagued PIA, blaming them on previous governments.

An official PIA announcement said Thursday that in the wake of findings of the government inquiry, it is indefinitely grounding nearly 150 of the company’s 426 pilots pending further inquiries against them.

“The 262 pilots in question are associated with PIA and other domestic as well as foreign companies….PIA acknowledges that fake licenses is not just a PIA issue but spread across the entire Pakistani airline industry,” it said.

Khan revealed details about the number of pilots with dubious licenses on Wednesday, while sharing with lawmakers details of a preliminary investigation into the May 22 PIA plane crash in the southern city of Karachi that killed 97 people.

The plane took off from the eastern city of Lahore and crashed on a residential neighbourhood near the Karachi airport while attempting to land. Only two passengers survived the crash.

The investigation blamed it on “human error” and noted that the pilots and officials of the air traffic control on the ground did not follow set procedures.

Critics are praising the government for making public for the first time the outcome of an investigation into a plane crash and related irregularities plaguing the national airline industry.

There have been more than a dozen plane crashes in Pakistan over the past decade but promised inquiries into those incidents have never been shared with public.

“Findings of initial enquiry report about the recent air crash is a stunning indictment of politicization/criminalization of state institutions leading to their collapse,” noted Raoof Hassan, an Islamabad-based political analyst.

“Pilots were flying planes with fake degrees and licenses. Truly a matter of utter shame for entire institution.”