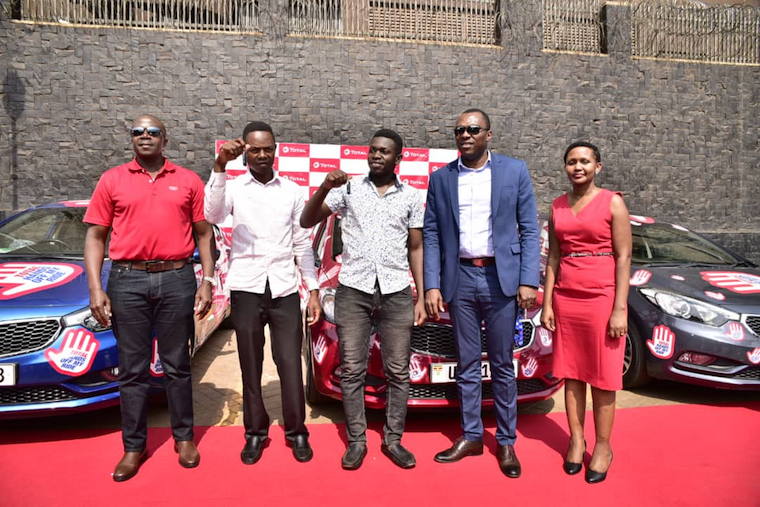 The trio of Godwin Mumbere, Moses Kalema and Jackness Abinsinguza are on cloud nine after winning brand new Kia Cerato sedans at the climax of Total Uganda’s campaign dubbed ‘Hands Off My Ride.’

The two-month promotion started in November last year up to December in which motorists who used the environmentally-friendly Total Excellium stood a chance to win several prizes ranging from free fuel, shopping vouchers, T-shirts and caps among others. The three Kia Cerato cars were the grand prizes after a draw.

Obi Imemba, the Total Uganda managing director, handed over the cars on January 24 at Total Wampewo in Kampala. Obi noted that Total embarked on the campaign as a way of giving back to customers.

“We will remain open to listening to you and being with you, thinking and designing solutions that meet your needs today and tomorrow,” he said.

“Those who have not been using Total Excellium should join the bandwagon because they are missing out on getting rid of bad fuel, air pollution and losing so much money because if you use Excellium you spend less in the long run by using less fuel.”