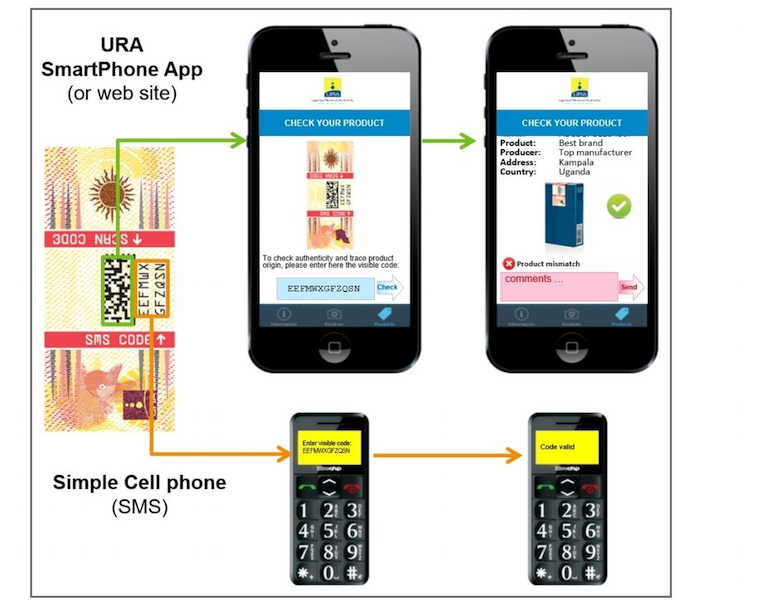 Besides helping in increasing tax revenues, the tax body claimed that DTS is another panacea for illicit trade, counterfeit products and unfair competition at the market place as It is used to track and trace excisable goods. The DTS was supposed to come into effect on February, 1, 2020.  Beverages and cigarettes were supposed to be URA’s initial targets.

All things were going according to plan until January, 31, 2020, when Sylvester Kamuli, a private citizen, obtained an interim order from the commercial court staying the implementation of DTS.

“An interim order of stay doth issue restraining the respondent [URA], its agents, officers and or any person deriving authority from it, from by which all gazetted goods comprised in water, soda, beer, wine, spirits and tobacco should bear the digital tax stamp under the Digital Trucking which solution is being implemented by the respondent,” read the order issued by Agnes Nkonge, the Commercial Court’s Deputy Registrar.

Kamuli’s court action has attracted the attention of Private Sector Foundation (PSF), an umbrella body whose major role is to serve as a focal point for private sector advocacy as well as capacity building.

In a letter dated February 3, 2020, Gideon Badagawa, PSFU’s executive director, informed the commercial court two things: they know about Kamuli’s case and they also want to join the case as interested parties.

“We have learnt about the above case through the media,” wrote Badagawa talking about Kamuil’s case.

“We are key stakeholders in the proper implementation of the Digital Tax Stamp solution and we would like to notify court that we are interested in joining the proceedings.”

Manufacturers and consumers’ input, according to Badagawa, can contribute to the complete determination of DTS solution.

“This solution is central to the viability of the growing industrial and trade sector in Uganda, especially if implemented properly, “Badagawa wrote.

“Our lawyers have been instructed to submit the necessary documentation in this matter.”

Back in November, Vincent Seruma, URA’s spokesman, had talked about how Ruhakana Rugunda, the Prime Minister, had organized a meeting of key stakeholders from which a harmonized understanding over the introduction of the DTS was reached, and that all taxpayers dealing in gazetted locally-manufactured products or imported goods should abide with DTS.

Manufacturers had been given three months up to January 31, 2020 as a grace period to finish up all stock in the distribution chain that did not have digital tax stamps.

In his pleadings, drafted by Muwema and Company Advocates, Kamuli seems to have different ideas. He wants court to stay the enforcement of the DTS, allowing a six months’ period or any other reasonable timeframe that court may deem fit.

Kamuli, who insists that he brings the suit in public interest as a consumer of various producers, which are subject to the DTS, says the full implementation of DTS without adequate information and consumer education, will deprive the consumers the right to participate in the formulation and implementation of development plans and programs.

“An order directing the defendant to conduct a general public sensitization campaign about the DTS for six months or such time as court may deem fit,” Kamuli says.

In instituting DTS, URA imposed a Shs 50,000,000 tax which was to be paid by any person found in possession of any gazetted goods not bearing a digital tax stamp starting February, 1, 2020. Kamuli, in his case, seems to take exception to this particular fine, insisting court should declare it as unlawful as it exposes consumers to unjust and unfair treatment in administrative actions.

On inquiring at various retail outlets, Kamuli says that he discovered that the retail outlets still had large stocks of unstamped gazetted products, which were not going to practically be sold before, February, 1, 2020, URA’s deadline.

URA insists that Digital Tracking Solution will it generate an extra Shs 48 billion in fees.