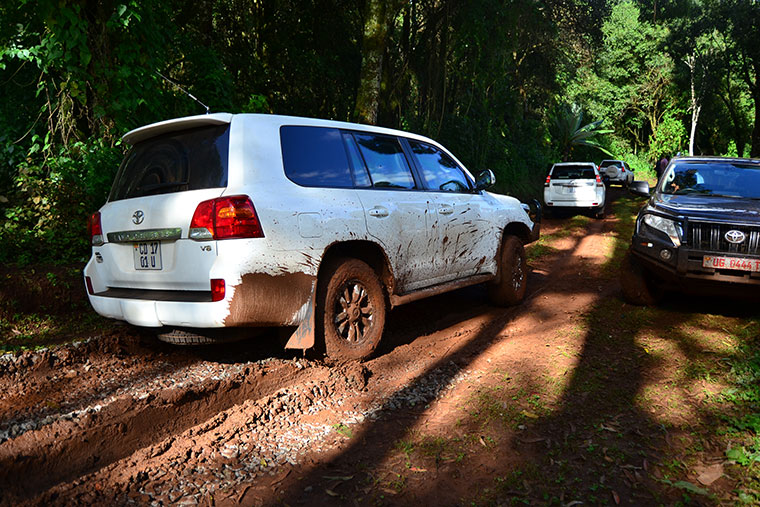 The European Union ambassador, also head of delegation to Uganda, Attilio Pacifici, has said the Eastern region is “blessed” with tourist attractions but has been neglected.

Pacifici said that deliberate marketing and infrastructural developments have not been prioritized for the region. He was speaking at a retreat to Mbale, for European heads of missions in Uganda, where they inspected different projects supported by the EU and also toured the area’s attractions.

“We have so many people that come to Kampala and then go north-west and leave a lot of wealth to the private sector that side. In the East, despite its beauty, it’s been neglected and we should all think about it,” Pacifici said.

He added: “There are shortages in terms of accommodation that the private sector needs to tap into. Let’s make this area easy for tourists because there’s room to bring more businesses here – a reason we chose it for the 2019 retreat.”

“Unfortunately, most of the ‘middle-class of the East’ are concentrated in Kampala which is giving us a problem. They need to come back and invest in accommodation facilities especially in areas near Mount Elgon,” Mujaasi said.

He cited Mbale’s premium big hotels, Mount Elgon hotel, Wash and Wills and Mbale Resort while others are “not up to standard for our prospective tourists.”

After one of the closed-door meetings with the envoys, Mujaasi intimated to The Observer that the Austrian government had offered to set up a cable car unit system that will join Bududa to Mount Elgon and Sipi falls.

“If we can pull off that investment [of cable cars], we can attract more tourists to the East,” Mujaasi said.

The tourism potential in the East is amazing but a lot needs to be done to tap into it. For instance, I was overwhelmed when two young girls from Kapchorwa aged 10 and 12 beat me to the finishing line in a three-lap race at the high- altitude training centre in Teryet. The region is rich with enormous talent that can attract more people to see it.

The region is full of champions. However, I can’t believe that such an incredible Mount Elgon national park gets less than 5,000 tourists annually. In Italy, we spend much more money training our rangers. They are very skilled and committed to protect wildlife. So, government needs to think about motivation to Ugandan rangers.

My most challenging moment was how to physically reach the champions of this region. It was almost impossible to meet these great people due to the poor road network. To develop the tourism and economic potential in the East, government needs to address this.

The road that led us into paradise at the Mount Elgon national park is a nightmare. We almost got stuck to and fro but eventually made it through. Prof Ephraim Kamuntu, managed to welcome us at the park but we don’t know how he maneuvered the muddy roads. Meanwhile, the UWA rangers are outstanding, despite the challenges they encounter while on duty.