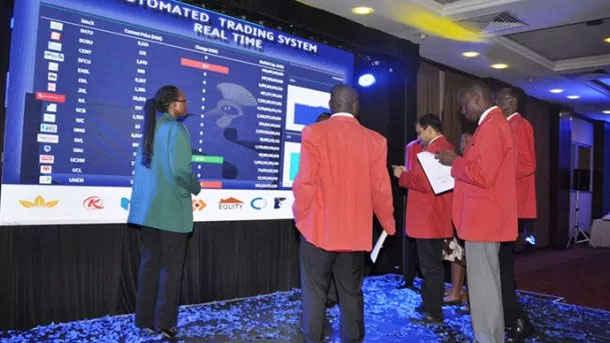 Upon its inception in 1998, the Uganda Securities Exchange (USE) set out to be Uganda’s preferred institution for investments and sourcing of capital.

Indeed, the first ten years saw a number of companies listing, the biggest of them all then being the Stanbic bank offer in 2006. Since then, however, the interest on the market has slumped, and the fortunes that once defined the securities have made it a shadow of its former self, writes AARON GAD ORENA.

Some large broker dealers such as MBEA Brokerage Services, Renaissance Capital and, most recently, African Alliance, have exited the market, complaining of a slump in trades and revenues.

According to scholars, risks associated with the required disclosure of Initial Public Offerings (IPOs) are not adequately compensated by additional returns. This is because a listing begs the question of legitimacy of the business. Also, the requirements needed for one to get listed might soil the reputation of the company, which is a risk that local businesses are not ready to take.

Prof Samuel Sejjaaka in his 2014 study “Challenges to the Growth of capital markets in underdeveloped Economies: The case for Uganda” observed that while the requirements for listing on stock exchanges are onerous to an average business, they are necessary to maintain the integrity of the markets.

In Sejjaaka’s report, IPO readiness is determined through publication of accounts, share transferability, board control and a composite variable for IPO readiness. He views legitimacy as a concern for many businesses despite the oversubscription of the Initial Public Offers (IPOs) for the local listings.

Other than the listing of drug manufacturer Cipla in September last year, there had not been any flotations or IPOs involving private initiatives/local companies since the inception of the USE. This implies that businesses/entrepreneurs, other than public enterprises which were listed mainly for structural adjustment reasons, are not taking advantage of the USE as a vehicle for raising capital.

A lot of findings in that study that was carried out in 2014 still apply to some of the struggles that the market faces today. If anything, this is an indicator that the market still remains in the hands of a few individuals.

If the recent market activity is anything to go by, a lot of work needs to be done if USE is to pull private Ugandan business onto the stock market.

The local company index (LCI), which looks at the performance of local companies, opened at 400.6 at the beginning of January, then dropped to 375.97 at the end of June before closing at 368.72 at the end of September, an overall decrease of 7.96 per cent during the year.

A seven-year trading trend also shows that after a steady rise between 2012 and 2014, there was a huge decline in turnover from Shs 466.4 billion to a paltry Shs 44.68 billion. Such statistics and the recent announcement by Quality Chemicals that they had made losses might further demoralize a business environment that has been reluctant to take up trading in stock.

Recently, the government which participates majorly through treasury bill issuances and auctions by the central bank has gone forward to order telecoms to at least float 20 per cent of their shares on the Uganda Securities Exchange.

According to Ibrahim Bbosa, the spokesperson for the Uganda Communications commission (UCC), new licences will be issued within 60 days and within a period of two years, all telecoms must register at least 20 per cent of all their shares.

The law also provides that an issuer for listing shall be a company limited by shares and incorporated or registered under the Companies Act (Cap 85) as a public limited liability company.

Speaking to The observer, Charles Nsamba, the communications and public relations manager at the Capital Markets Authority (CMA), whose mandate is to promote and regulate the capital markets in Uganda, admits that it has not been easy for USE to convince local business to jump onto their bandwagon.

“The lack of good governance structures, which are a prerequisite for listed entities affects most local businesses. They are family-owned and family-run, and oftentimes, lack proper management. Their record keeping is lacking and financials are not in order,” he said.

He also added that lack of information about the capital markets as a source of long-term patient capital for business ventures and fear for regulatory oversight is part of the reasons as to why many businesses do not see the benefits of listing on the stock market.

“Listed entities are monitored often by the exchange as well as the regulator, implying that one has to open up the business to strangers. This is not something that many business owners would easily accept,” he concluded.

Of the companies currently listed, nine are domestic, meaning they are primarily listed in Uganda while eight are cross listed from the Nairobi Securities Exchange. Some advise that the East African Community (EAC) should borrow a leaf from the south African trade block, the Southern African Development Community (SADC), whose stock markets are integrated.

Paul Bwiso the, chief executive officer of USE, argues that stock markets in the three East African countries are not at par, which has made integration quite difficult.

“While Uganda and Tanzania’s stock exchanges appear more compatible with each other based on results of trades done in the past, Rwanda’s stock exchange shares a CDS platform with the central bank in a very entrenched arrangement. Burundi is yet to establish a stock exchange,” he said.