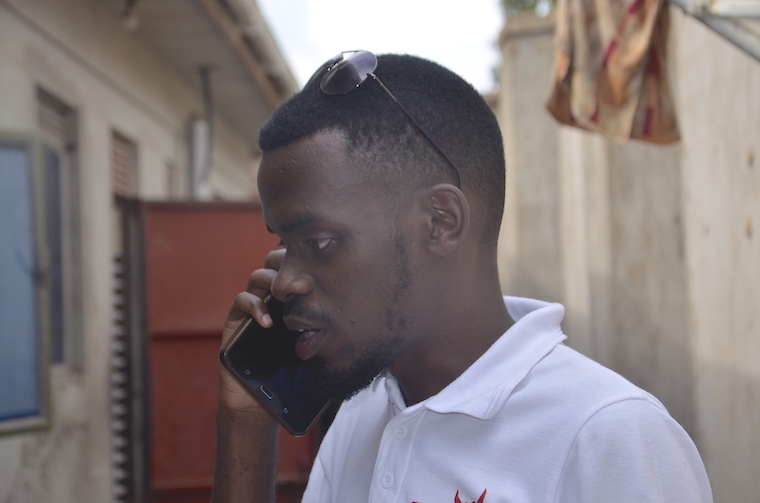 We are living in an ever-changing digital world that continues to ease our way of life. Gone are the days when one needed to walk to his favourite restaurant for food or walk to Kikuubo for groceries.

This can easily be done in the comfort of one’s home through placing orders online or through a phone application. In the same vein, Tony Ayebare does not even want people to go to the butchery anymore and his innovation of an online butchery is simply amazing, writes Johnson Grace Maganja.

Do you know you can order for different forms of raw meat online and get it delivered at your doorstep within Kampala?

All you need is a permanent address and phone contact.  The brains behind all this is Tony Ayebare, a 24-year-old tech geek with a vision of creating a wider marketplace for meat.

Ayebare had just completed his Computer Science bachelor’s degree in 2017 when he read the shocking news about Kampala Capital City Authority (KCCA) officers who caught butcheries using harmful chemicals to preserve the meat they later sold to the unsuspecting public.

“I was appalled, because my parents own a small animal farm,” he says. “But then again, I had always been fascinated about developing android applications and I got the idea to create an app that can help people buy fresh, uncontaminated meat,” he says.

“I also realized consumers were getting less value for their meat compared to market prices. This was the spark! I thought of creating a platform where people could get fresh meat and farmers could get more value for the meat they sell.”

Ayebare would embark on creating the online butchery in August 2018.

“At this point it was just an idea and it took me two months and a half of research and development until I finally launched the platform on November 27, 2018,” he says.

To start the venture, Ayebare had just Shs 1.8m.

“I sourced my capital from savings and loans from family which helped give me the push I needed, like paying for servers and domains.  I, with the help of a friend called Martin, hard-coded the first app we released from scratch within those two and a half months,” he says.

Ayebare admits the online butchery is still a work in progress and people are just getting used to it. He is also confident that with time, the business of buying meat is going to go digital.

“My online butchery is the first online meat store that focuses on mainly meat and also looks on how to help the farmers. We have a working platform where users can order for meat as low as a kilogram which our competition like the local butcheries or supermarkets doesn’t have,” he said. “Our platform also connects farmers straight to the final consumer which is somewhat a new idea so far.”

Indeed, Ayebare is satisfied with the service delivered to those who place orders.

“Ever since I started this company, I made it into the Seed Starts final regional pitch; even though I didn’t win, the mere fact that I made it that far meant that we were onto something. In September, we sold over 300kg of meat through our platform. That was an amazing milestone for us and our farmer partners. And yes, we made one year in business.

However, Ayebare also notes that like any other business, you have to count some costs.

“My major challenge has not been one but two; the first challenge was how to guarantee the quality of meat and the other challenge was the logistics. How to transport the meat to the client and maintain the quality and ensure it remains affordable,” he says.

He is so confident about the venture that he rules out ever being employed.

“My advice to young innovators is that to start a business, one does not merely need money to survive; the problem often lies in mindset and strategy. The additional cash injection will not change anything if the above two don’t change,” he says. “Starting up a business in Uganda is one of the most challenging things I have ever done in my life. It has taught me a lot through failure and success, but I wouldn’t have it any other way.”

Millennials are changing how business is done in the world over, and the older generation will have to adapt or opt out. The digital world has taken over how shopping is done, from music streaming and downloads, to buying appliances, cars, perfumes, news, name it.

Now, Ayebare is just one of the many that have come up with smart, hustle-free ways to do business even in sectors formerly dominated by semi-literate or so-called ‘low-class’ people.

From boda boda and taxi businesses, to hawking food and trading in wholesale merchandise, there is a millennial with an app that turns the business almost corporate, with a touch of an icon on one’s smartphone.

Kikuubo Online, for example, helps shopkeepers restock their shops without having to close their businesses to head downtown to Kikuubo lane, where most of the wholesale traders are located.

The Observer tested the service recently, ordering for a bag of sugar and a box of Protex soap, and the items were promptly delivered at the doorstep.

SafeBoda, Bolt, Uber, have all transformed the boda boda business and rebranded the motorbike taxi riders from careless, not-to-be-trusted road users, to respected and polite partners on the road.

When it comes to food vending, forget the young women crossing the streets balancing piles of plates with assorted foods. The food vendor is now also an app. Jumia and Simba are only two of food delivery services for various restaurants, and the former even dabbles in other things such as supermarket shopping, electronics and apparel sales, to name a few.

Ayebare has taken on the butchers, and a millennial somewhere must be closely studying the traditional markets to see how they can go to Kalerwe for someone who does not wish to leave the comfort of their couch.