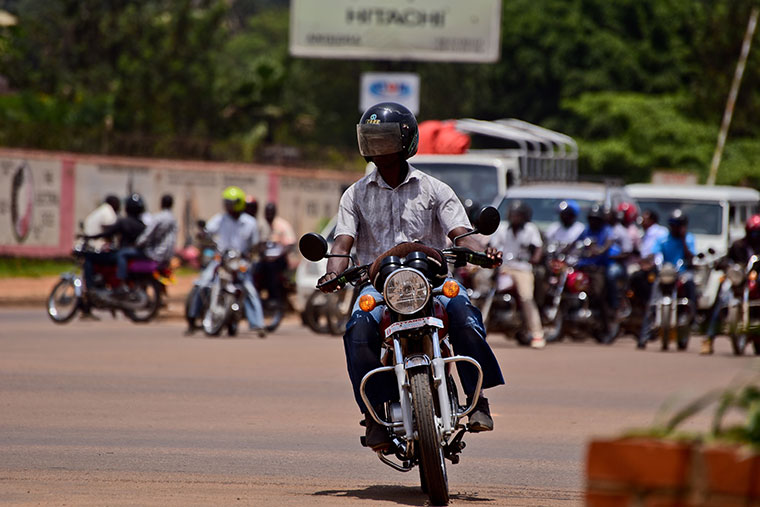 A friend who is setting up a bar in Kiruddu recently called for applications for several positions. He received thousands of applications.

One of them, a master’s degree holder, wanted to become the askari (a guard)! Somebody else posted on Facebook that his Uber driver had a master’s degree in Information Technology. He wasn’t doing it as a side hustle – he didn’t even love it – but wanted to make ends meet as he continued looking for jobs.

Over the weekend, I had lunch with a friend who owns a sizeable commercial printing business. He imported his machinery from one of the world’s leading makers of commercial printers in Germany.

The machines usually need servicing and the people who can handle them come from Nairobi. “They charge me per hour and don’t travel by road. Nobody has the capacity to do the job here. I tried to train Ugandans and I gave up,” he said.

The leading companies in the oil and gas sector found no welders who they could employ to do jobs. They resorted to training them to build capacity. Yet when they asked people to apply for jobs, many turned up with master’s in Oil and Gas, well versed with archaic theories. They needed people who could work on the rigs, not those who can explain upstream and downstream theories.

More than 40,000 students graduate from universities each year in Uganda. In January this year, 13,333 students graduated from Makerere University. The majority of these are awarded bachelor’s and master’s degrees. The economy can hardly find jobs for them, with some resorting to becoming career students.

The clamour for degrees is so high in Uganda and the politicians have partly ensured that university education is so cheap to attain. Makerere University charges far less than what the same students have been paying in private or even government-aided schools a year. A proposed increment of just 15 per cent, which for most courses translates to less than Shs 200,000 led to violence. Makerere is cheaper than many nursery schools.

When I was growing up, there was perhaps one graduate in a whole district and a district those days was really huge. Masaka started at Lukaya and ended at the Tanzanian border and even covered Ssese islands and extended to Buganda’s border with Ankole.

Then, students who could not directly join university on government sponsorship were allowed to sponsor themselves as opposed. Technical schools like Kyambogo have since become universities. An institute that skilled public servants was turned into a conveyor belt for degrees some as ridiculous as a diploma in project proposal writing! Businessmen who couldn’t write their names set up universities. To be a university graduate became the easiest thing to achieve in the world.

As a country, we have significantly increased the number of degrees and we even want more. I heard that teachers must have degrees. Don’t be surprised when you hear that to be a policeman, you will need a degree.

We have so many people with degrees today that we should deliberately focus on skilling people. Since our Safe Boda riders and Uber drivers are university degree holders, why don’t we invest in a proper training school for boda boda riding and car driving?

As far as I know, there is no proper school in Uganda that teaches people riding boda bodas and driving cars – hence the carnage we see on our roads. A driving school would not only teach people to drive, but it would also teach people customer care and improve the logistics industry forever.

We sing about the potential of tourism but all the little hotels that dot our country have staff that have never been trained. It is not uncommon for a waiter to assure you of the availability of a certain type of food only to return and tell you “chicken and matoke are finished.” It is not uncommon for the same waiter to bring beef to a vegetarian customer!

Young people and their parents despise such jobs and waste two years in high school, one as a long vacation (between university and high school), and then another three or four years attaining a degree. After wasting a minimum of six years, they return to do the jobs that they originally despised.

Imagine if the master’s degree holder who wants to become a guard had after O-level or even primary seven enrolled for a course in a proper security training institute, he would today have many years of experience and many years of earning an income, a far better return on investment than he will ever get from his security guard job.

One reckons many ambitious comrades are learning the hard way that if all the citizens of the country have the love and the will they can certainly take forward their country to greatness.

The wealth of a nation is its people. If all of them have got degrees good indeed. And then there is the issue of leadership that must move on with the desires and aspirations of the people of that nation.
Report to administrator
-2 #2 kabayekka 2019-11-06 13:22
Your article is actually emphasising the inefficiency that is going on around the country of Uganda. One is of the opinion that the judiciary is also part of the problem.

That is why a certain lawyer is trying something else in the East African Union Supreme Courts of Law concerning the amendment of the Uganda constitution recently.

Judgement was not done properly by the NRM judiciary. Another issue of inefficiency in this country, is the ongoing by-election process that has continuously failed democracy in this country. So our friend Denis the need to learn to ride Boda boda is not the only need in this country.
Report to administrator
+2 #3 Steven K 2019-11-06 13:57
Brilliant insights Denis. "Degrees for everyone" should be something left for developed countries.

I had some of my Engineering training in Germany, the biggest economy in Europe and I think the 4th or 5th biggest in the world. Germany's vocation system is the best in the world, they believe that a few degrees and many vocational skilled people are what an economy needs.

I attended kyambogo when it was still a Polytechnic and also attended it when it became a University, I can tell the DIFFERENCE!

Many Kampala arcade shop girls are degree holders but hustling on their own after realizing nothing from their papers.

Our education system has been so much commercialized that it has lost value! Whether Bachelors, Masters or PhDs, there are just academic papers and nothing else.

If I were a policy maker in Uganda, I would cap Universities at not more than 3 or 4 in the whole tiny Uganda and invest a lot in vocational education instead.
Report to administrator
0 #5 Lysol 2019-11-09 22:12
Boda boda is the thing of the past.

Many modern cities is the West now have e-scooters(for a single rider) to ride on around town.

Museveni's Uganda is always backward. The nonsense of the NRM so-called development.

Always 10 years behind the rest of the world.in term of development. That is why he is always begging Ugandans for more years. What a loser!!!
Report to administrator