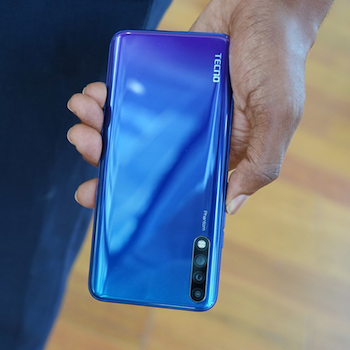 A delegation of Chinese investors were in Kampala recently where they showed interest in putting up a plant to manufacture Tecno phones.

Their interest would not be the first after another Chinese company harboured similar ambitions and tried to enter into a partnership with Uganda Telecom to make phones.

The company executives from Tecno were led by the company’s director Phillip Ruan. Ruan said that Tecno is selling 25 million units of phones in East Africa and Uganda takes between three and four million phones.

“The investment code mandates the Authority as the only institution in Uganda to operate the One Stop Centre (OSC) for Investors,” said Byensi.

He told the visiting delegation from China that authority has also been mandated to develop and manage industrial parks.

“It was not clear before as to which institution was to operate the one-stop centre and the development and managing of industrial parks in the country but now the new investment code clearly spells out those responsibilities,” he said.

The centre also hosts Diamond Trust Bank, the Giant Clubs Uganda, Umeme and the Uganda Free Zones Authority (UFZA). Byensi pointed out that the economy of Uganda is private sector-led, meaning that government does not interfere with the private sector.

“Government has introduced new laws and amended others to improve the business climate, you are also encouraged to expand your business. There are no restrictions like in other countries where you are forced to have a local partner,” he said.

Byensi noted that it is government policy to attract quality investments that bring in new technologies and skills.

“Quality investments are good for our economy because they reduce on our import bill and save on our foreign exchange,”.

“So, if you invest here, you will save us on the import bill, save foreign exchange while at the same time Uganda is strategically located to enable you access regional markets,”.

He added that Uganda is safe.

“Uganda is secure and this is the reason why we are hosting large numbers of refugees from neighbouring countries,” he said.

As of February 2019, Uganda is the third largest refugee-hosting country in the world with a total of 1,223,003 refugees. At least four per cent live in Kampala, while the rest live in the settlements, according to official government figures.