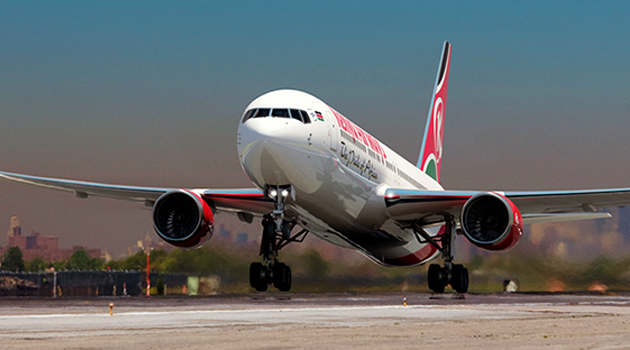 Last week, a human body nearly fell on a person sunbathing in his garden in London as a Kenya Airways flight from Nairobi descended on Heathrow International Airport.

The stowaway (person who hides aboard a plane in the hope of getting free passage) was hiding in the wheel well of the plane. The majority of stowaways die because of the conditions in that part of the plane. If they aren’t crashed to death by the wheels when folding, they freeze to death or die due to lack of oxygen.

CNN reported that 126 people have tried to hitch an illegal ride on planes since 1947 with 77 per cent of them dying. Of those 126 people, 34 were from African airports.

As this news was making headlines, a message purportedly authored by a member of parliament was going viral. Apparently, a planeload of Ugandan women had landed at Entebbe International Airport. These were rescued slaves from Middle East, happy to be alive albeit some in bad health conditions. Slaves in 2019!

There are countless documentaries of people walking the breadth of the Sahara desert and then jumping into rickety overcrowded boats to cross into Europe.

Many of them die in the treacherous desert, others drown when the boats capsize, and some ‘lucky’ few cross into the unknown that is Europe. Can you imagine one running away from Africa to cross into poor Greece?

The major reasons Africans become stowaways and do anything to reach the ‘promised land’ is lack of jobs in Africa. Jobs that can make one live a relatively comfortable life. Although you will always hear mantras like ‘Africa is rising,’ life on the continent is not for the weak-hearted. But so is anybody who can take the risk of freezing to death in a wheel well of a plane.

A lot of the people risking their lives to reach the West are educated to some level but they have been frustrated. They have seen their dreams fade after listening to countless speeches by politicians promising heaven every after few years. African politicians love statistics skewed in their favour. Economic growth rates of seven per cent, which are read out at national budget events and anniversary celebrations, mean so little when the stomach is empty.

However, there is also lack of information that leads people to do anything they can to go abroad. As you might know, the grass is always greener on the other side. Some people spend as much as Shs 10m to get visas, air tickets and bribing human traffickers to go and become maids in the Middle East.

Although I understand that in some cases people pay nothing and everything is arranged by the ‘labour companies,’ there are cases where the people who look for these jobs abroad actually put in money to go. A lot of it goes to middlemen helping them process documents.

I think anybody who has access to an air ticket to any destination outside Uganda can afford to turn that into a worthwhile business here at home. Such a business may not make one a billionaire, but at least it might help someone live a decent life than being homeless in Greece.

The problem is our education system trains us to only look for white-collar jobs and anything else is frowned upon. Yet with advancements in technology, anyone can learn a lot of things. There is no sector that technology won’t disrupt. Journalistic articles are today written by robots and university degrees are important but they are not indispensable.

And let us face it; a lot of the stuff being taught at universities in Uganda is archaic. I previously told you about university students who are being taught how to use a typewriter. What one needs is to keep learning new skills so that they can survive in these changing times.

The Kenyan flight stowaway was most likely one of the employees at the airport where the flight originated or paid a lot of money to bribe airport staff to have access to the airside.

So, why didn’t he keep learning new skills that would make him indispensable at his workplace?

I don’t want to blame the dead or people who cannot defend themselves but there is need for African youths to do something. Either improve the skills or chase away the politicians that are stealing your future.

You can do that legally. Life can’t be normal.

+3 #1 Lysol 2019-07-18 22:48
It is the political environment in Africa , stupid! Many shithole countries with dysfunctional corrupt governments ruled by dictators masquerading as fake democracies; by holding sham elections.

By the way the storaway was gainfully employed by the airport. So it's not about getting skilled
Report to administrator