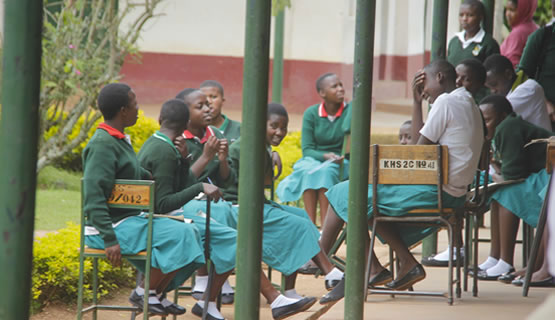 Students in Kigezi. Kigezi has been praised for for allocating funds towards offering equal opportunities in sectors such as education, health, water

When it comes to reviewing which local governments allocated more funds towards closing the inequality gap, Kigezi region are the high performers, according to a new report by the Equal Opportunities Commission.

Figures show that Kigezi region was 47 per cent compliant, while Karamoja was last at 36 per cent, when it came to allocating funds towards offering equal opportunities in sectors such as education, health, water, etc to all people regardless of their gender, age, disabilities, race, religion, ethnic origin, tribe, etc.

While releasing the report at the commission’s premises in Bugolobi, Kampala, recently, Molole Zamina, a member of the commission, explained that higher financial budgets, availability of other development partners in various sectors, information and trainings on issues affecting the populace were some of the key factors that contributed to Kigezi’s strong performance.

“Some places in Karamoja are hard-to-reach areas with few gender officers and technical people who can help in addressing issues,” said Zamina.

They will not receive a certificate of compliance from the commission. Some of the risks of not being assessed include not receiving money for their budget in the next financial year; accounting officers being held liable to the commission, among others.

Sylvia Muwebwa Ntambi, the chairperson of the commission, warned that when a district doesn’t adhere to the gender and equity plan, the population in that district suffers and this could hinder government’s plan in achieving the Sustainable Development Goal targets and the Uganda Vision 2040.

According to the report, out of the 172 local governments that submitted their budget framework papers and quarterly reports, only 65 managed to attain the 50 per cent gender and equity requirement score.

“Of these, only three passed exceptionally, with 70 per cent and above, and they include Mbarara district and Nebbi municipality council,” said Ntambi.

She further explained that these local governments too will receive the certificate of compliance and those that scored below 50 per cent will not be awarded with certificates from the commission.

They too risk not getting funding for their budget in the next financial year.