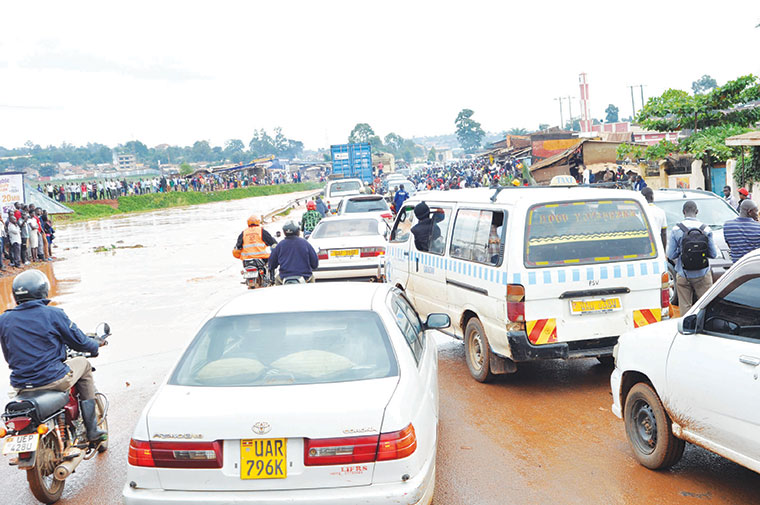 As soon as news filtered in that some one-street towns were now cities, some perhaps unemployed bazukkulu took to the streets of Mbale ostensibly so annoyed that their town was only to become a city much later than others. In a follow-up news story, some politicians from greater Mbale including MPs swore to walk naked if Mbale was not made a city soon.

The last time I was in Mbale, which is less than six months ago, I saw a town choking on garbage, especially the inner streets. The politicians and the bazukkulu have never promised to walk naked if their town was not clean. I heard from some elders that Mbale used to be the cleanest town in Uganda at one stage.

Now that it wants to be a city, I hope things will change though I believe a town that can’t manage to dispose of matoke peels and banana leaves should not be made a city. Sometime back, the country started turning every little county into a district and every little dirty trading centre into a town council. With almost no more districts and town councils to create, we have moved to cities.

In the clamor for cities, I hope that those responsible for creating them will actually empower them to be real cities in name, infrastructure and service. I hope these new cities will not be like Kampala.

Kampala has grown extensively over the last 20 to 30 years but the development is mainly an eyesore because the policymakers and technocrats paid no attention. In the late 1990s and early 2000s, private real estate businessmen started buying large chunks of land and created plots smaller than family graveyards and sold them to city dwellers.

In these so-called estates, they created roads that are one-way but without exits, which means that if you see a car in the opposite direction, you flash your headlumps so that they first reverse into their homes in order for you to pass.

The new landlords also built their perimeter walls into these roads to maximize their little spaces thereby ensuring that utilities would not be easily provided. In the Sunday morning rains that killed seven people, police firefighter trucks could not access the victims due to lack of sizeable roads.

Everyone builds the way they want. A bungalow here, a storied house there! A mosque here, a pigsty opposite it and a brothel behind!

At the top of the narrow one-way street is a boda boda stage-cum-board game centre with a woman who sells charcoal and a muzukkulu who makes rolexes. The houses on the same road are worth a million dollars.

Kampala, according to the World Health Organisation 2016 study, is number 28 out of 32 of the most polluted cities in the world. The traffic jam is unimaginable and the congestion is unrivaled. The towns being declared cities must avoid study tours to Kampala to avoid copying the wrong things.

To avoid becoming the next Kampalas, the new cities must emphasize proper urban planning that is long-term. Qualified and experienced urban planners with a global outlook must be hired to do this work.

This means that elected mayors (lord mayors?) with due respect should only be ceremonial. This is because the qualification for mayorship is as low as senior six in a village public school and elected officials usually only want to appease their electorate — mostly the so-called muntu wa wansi (peasant traders).

These new cities will need tough-as-nails officials who can do the job. These officials must be highly paid — as much as they would earn in a blue-chip company and they should then be held accountable.

There will also be need to sensitize people and engage politicians and other stakeholders of what is expected of a proper city. Proper cities come with inconveniences to the peasant traders, as it may no longer be possible to sell whatever they want on the street.

People who want to become homeowners cannot build the way they want and real estate companies should not be allowed to parcel out plots the size of a home garage. Proper planning, as hard as it is, brings enormous opportunities for these new cities and they should take advantage of this.

The writer is a communication and Visibility consultant.

What more do you expect in a country where qualified professionals have been ignored, but government businesses are carried out by clans men and women?

Have you ever come across a construction site where structural engineering procedures are adhered to?

We are dealing with a country run by unscruplous thugs and bandits who once pushed out of offices will return to their home countries, leaving behind slum cities, town and uncared for lumpens.

Have you forgotten that at one time, Uganda was financing Education in Burundi at the expence of Ugandan schools?

Under this regime, we do not deserve a clean Kampala, clean town- simply forget of Urban Development as long as these bands of thieves remain in office!
Report to administrator