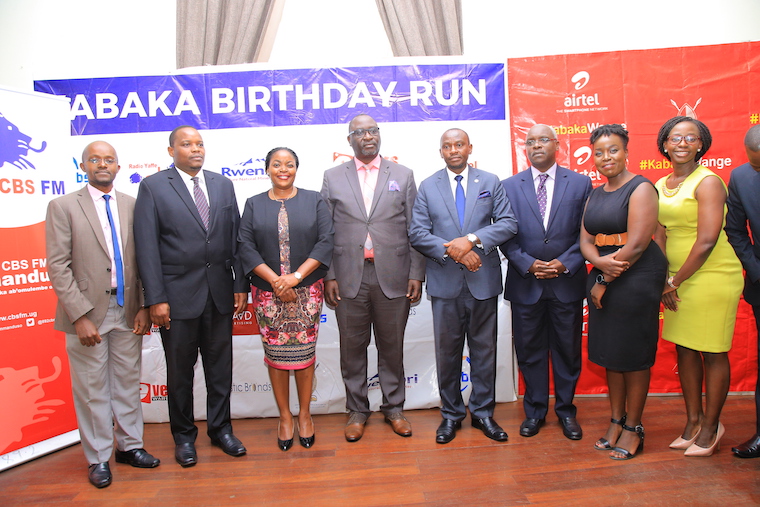 Officials from Airtel and Buganda kingdom at a press conference

Part of the proceeds from the 2019 Kabaka Birthday Run held last month, will go to Central Medical Laboratories to help in purchasing testing equipment.

Airtel Uganda and Buganda kingdom have announced that of the Shs 494 million collected from the event, Shs 200m will go towards purchasing equipment.

Robert Waggwa Nsibirwa, the deputy Katikkiro of Buganda said the money will be used to buy testing kits while the balance will be used for promotion of awareness on the disease across the country.

“This has been a social cause, for the six years we have done the Run; we have been able to bring the plight of the people with sickle cell and fistula to the limelight,” he said.

He added; “Buying test kits is not enough if people are not aware of where to find the testing services and more information about sickle cell.”

Nsibirwa said the remaining Shs 294m will be used for promoting awareness through the media, health camps and supporting groups that want to test their status. According to Nsibirwa, 21 per cent of people living in Buganda have traces or genes of sickle cell.

This is the third year Airtel Uganda is partnering with the Buganda to fight the sickle cell disease in Uganda. Remmie Kisakye, Airtel Uganda head of brands and communication said the run offers the telecom an opportunity to give back to the community.