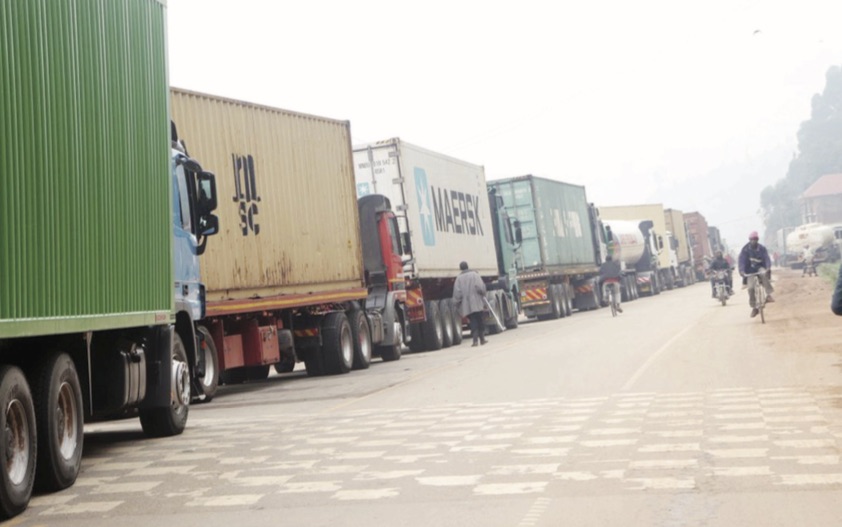 The political standoff between Uganda and Rwanda has not had a huge dent on the business activity in Uganda, with Stanbic bank’s latest research showing that the private sector turned to other markets to make money, writes JOHN VIANNEY NSIMBE.

The Stanbic Purchasing Managers Index (PMI) notes “there was continued improvements in customer demand and business activity, with job creation recorded in Uganda as a result” in the month of April.

It added: “Overall workloads increased meaning companies had to take on extra staff.”

Stanbic’s index is released every month to measure the pulse of the economy in order to determine whether businesses are growing or not.

The bank explains that the PMI is a composite index, calculated as a weighted average of five individual sub-components: new orders (30 per cent), output (25 per cent), employment (20 per cent), suppliers’ delivery times (15 per cent) and stocks of purchases (10 per cent). Readings above 50 signal an improvement in business conditions on the previous month, while readings below 50 show a deterioration.

For April, the reading was at 54.7 per cent. Jibran Qureishi, regional economist at Stanbic Bank said: “The PMI continues to indicate that the private sector remains in a good place. Despite unfavorable weather conditions, the PMI rose in April.

Moreover, the ongoing trade dispute with Rwanda has also not hampered private sector activity that drastically, perhaps due to other markets such as South Sudan increasing demand for Uganda’s exports. This diversity in Uganda’s trade mix should underpin its resilience.”

In 2017, Uganda exported about $220 million in both formal and informal exports to Rwanda, according to the latest 2018 statistical abstract from the Uganda Bureau of Statistics. The statistical data notes that “over the past two years (2017 and 2018), most of the arrivals and departures (from the East Africa states) were from Rwanda followed by Kenya, overall accounting for 79 per cent of the arrivals and the departures.”

On the other hand, imports from Rwanda averaged about $3 million in 2018. Benoni Okwenje, the Stanbic fixed income manager, said in a statement: “Both output and new orders continued to increase during April. In line with the headline PMI, the rises in both activity and new business were the twenty-seventh in as many months,”

“Businesses pointed to the securing of new customers, thereby driving new order growth. Improved customer demand and marketing efforts subsequently contributed to higher output. In contrast to the picture for total new business, new export orders decreased amid issues on the border with Rwanda. Increases in new work was however evident from other sources.”

Still, there was an increase in costs for the business community. The report noted that there was an “increase in cost burdens. Both purchase prices and staff costs rose, the former due to higher prices for materials including baking powder, cement, maize and stationery. In addition, electricity and water bills were higher in the period under survey.”

Congolese opened eyes & said NO to these 2 blood/power thirsty brothers who cannot share power in their own country Rwanda, but feel they are real men/leaders causing wars outside Rwanda!

When will Ugandans wake up to say NO to Museveni to stop Museveni/Kagame making their stand with each other?

Kagame is the boss in Rwanda, will not allow Museveni to help rebels joining Museveni in Uganda to unseat him easily!

Museveni is more dangerous now than ever before & Ugandans MUST UNITE & thrown him out!

Museveni has made Ugandans enemies of themselves through the divisive tribalistc system & will also make our people enemies of rwandese loyal to Kagame, yet it will Ugandans to pay the price!
Report to administrator