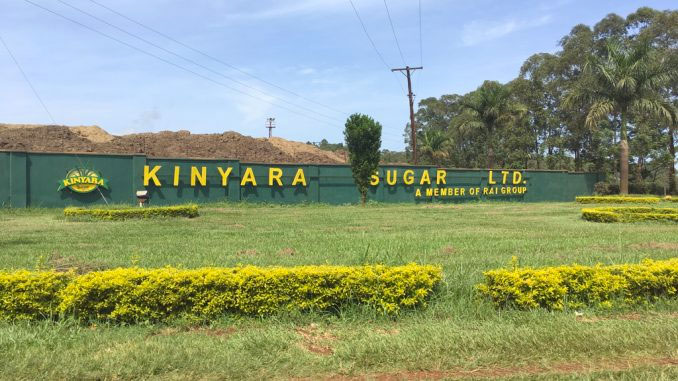 Kinyara Sugar Limited has extended support to the refurbishment of the Orukurato Rwa Bunyoro-Kitara.

The general manager of Kinyara, Ravi Ramalingham, handed over executive furniture and computers worth Shs 8 million to the Omuhikirwa of Bunyoro Andrew Byakutaga at the Orukurato Rwa Bunyoro Kitara, the parliament, in the presence of other officials.

“Kinyara Sugar being a community-focused organization with a robust outreach program, we pride ourselves in the promotion and development of culture given the fact that it is a fundamental aspect in the formation of a solid foundation for unity and togetherness in any community,” Ravi said in a press statement.

Ravi added that from both a cultural and historical perspective, the building is monumental and it is a great honour for Kinyara Sugar Limited to be part of the team that is fostering an enhanced new look and feel of the Orukurato Rwa Bunyoro-Kitara.

The history of the parliamentary building, Orukurato Rwa Bunyoro, stems as far as 1967, a year in which it was commissioned by the then Omukama of Bunyoro Kitara Sir Tito G. Winyi IV on April 12. The refurbishing is supposed to be completed by June this year.

Upon receiving the items, the Omuhikirwa of Bunyoro, Andrew Byakutaga, expressed gratitude for the support accorded by Kinyara Sugar and said it shows that the kingdom’s development efforts are being appreciated.