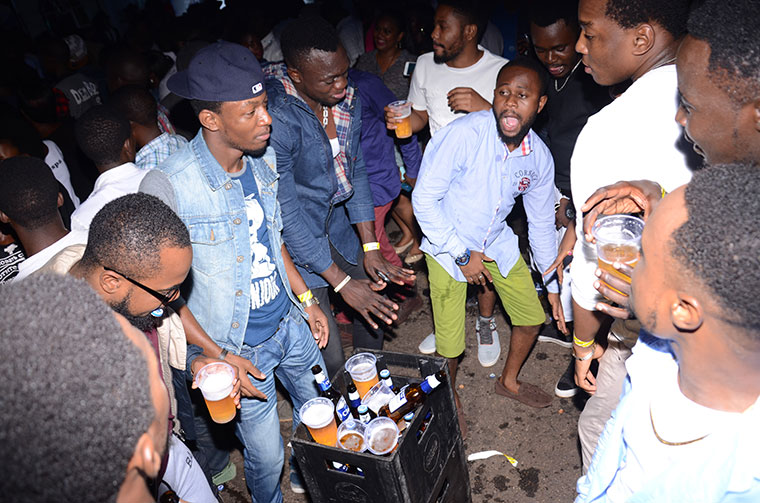 Beer makers Nile Breweries Limited and Uganda Breweries are among companies that are expected to fork out billions of shillings if Uganda Revenue Authority moves to impose the digital tax stamps (DTS).

This is because bottled beverages manufacturers, particularly the alcohol industry, will incur more production costs, should government go ahead to implement the DTS.

However, Ugandan manufacturers argue that their costs of production will increase up to about Shs 100bn per annum if URA implements this move. Manufacturers would be required to buy stamps and pay in advance from a supplier chosen by URA.

According to Onapito Ekomoloit, the NBL legal and corporate Affairs director, the introduction of Digital Stamps means that the beer maker has to part with Shs 30bn in installation of equipment to put the stamp on each beer bottle produced. The heavy investment required for the system means business will be constricted, resulting in lower profitability.

“As per our projections, targeted volumes based on the proposed pricing show that the tax stamps will cost the company close to Shs 15bn annually, and this would directly affect NBL’s growth, profitability and sustainability as a local manufacturer,” he said.

NBL currently produces 40,000 cases daily while Uganda Breweries produces 35,000, according to market data. NBL’s cases contain 20 bottles, which means for the 800,000 bottles produced daily, using an estimate cost of Shs 50 for each stamp, the beer producer’s costs will be Shs 40m daily, even before paying the usual tax duties.

However, it is not clear how much of the money paid for the stamps will go to the government and the contracting firm, SCIPA. With such increases in production costs brought about by the DST, automatically there will be an impact upon the selling price of beer.

While URA fronts the need to verify production volumes and excise payments of these manufacturers, both companies argue that they already have systems in place for this and are complaint taxpayers, thus the relevance of this system is not clear.

Besides, excise contributions may instead decrease following a decrease in volumes due to the high cost of production. Last year, NBL was recognized by URA as the second highest taxpayer in Uganda.

The brewers highlight that the paper stamps are also bound to affect their production volumes and ultimately sales.

“Our production processes involve high speed lines and wet bottling environments which are not favourable for paper stamps. The number of bottles and cans is high and diverse in design with complex packaging lines, applying stamps slows down the bottling lines,” said Ekomoloit.

He added; “That returnable bottles and open crates present challenges that are not present in other alcohol sectors.”

The brewers contend that given the unique nature of their trade and contribution to the economy in terms of tax and employment, it would have been only prudent for the tax man to have consulted before considering the DST option.

“The high unit volumes in our industry make beer producers an attractive and lucrative target for tax stamp providers since they will be paid on per mark basis. It is therefore hard not to question the motive behind this DST,” says Ekomoloit.

Manufacturers recently expressed concern over the manner in which the tax stamp providers SICPA were chosen. URA opted to single source the Swiss firm rather than use a local service provider in line with the government’s Buy Uganda, Build Uganda policy.

“The stamp would translate to about $4.5m per annum per alcohol company of our size. We have subsequently learnt that for alcohol, the cost could triple,” she said.

She added: “This money will not allow us a tax deduction because it is a payment for the stamp.”

Kiyemba said that annually UBL spends about Shs 56 billion on farming communities in extension services and grain purchases. With the DST, UBL might be forced to reduce on what they spend on farmers to pay SCIPA, which is not even based in Uganda.

James Odong, the assistant commissioner, domestic tax department, at URA, explained that this is not an introduction of a new tax. However, their focus is on excise duty, which already exists and is paid by local manufacturers and importers.

He said that there have been smuggling of excise duty commodities such as cigarettes, expensive spirits and wines.

“Government decided to get a solution to curb smuggling and counterfeiting and so DTS was the solution; some of the goods for DTS will include soda, cigarettes, beer, spirits and wines,” he said.

Odong admitted that the manufacturers and importers will meet the cost of the stamps but the equipment that will affix the stamps on the products will be provided and installed by SCIPA, a company contracted to do the work.

On the question for procuring SCIPA, Odong explained that URA followed the procurement procedures to get the service provider and a five-year contract was signed with the company.