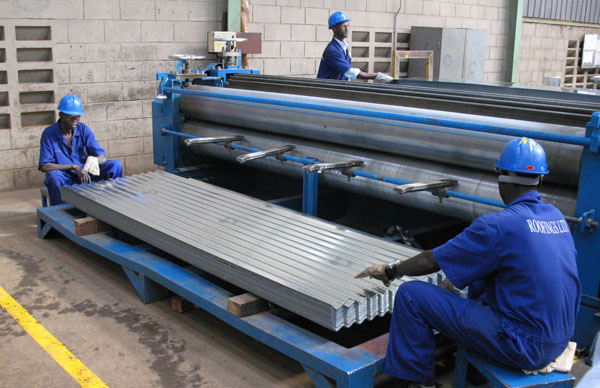 Ugandan researchers have called for an audit into the country's key sectors for possible value added tax (VAT) leaks.

VAT leakage is loosely defined as an inefficient processing of the VAT on part of the company and VAT rebate on part of government, usually resulting in loss for either party.

Social services and arts, entertainment and recreation sectors were also found to present a significant compliance risk. EPRC researchers, Paul Lakuma and Brian Sserunjogi wrote in their latest paper, The value added tax (vat) gap analysis for Uganda, that the country faced a compliance gap of up to 40 per cent in 2010. This reduced to around 30 per cent in 2016/17.

“The sectoral decomposition of the VAT gap suggests that manufacturing, construction, wholesale and retail trade, water supply, other social services and arts, entertainment and recreation sectors present a significant compliance risk. This calls for investigation and audit of these sectors,” the researchers wrote.

VAT is a levy charged on a product whenever value is added at every stage from production to the point of sale. In Uganda, the levy stands at 18%. VAT is usually based on the taxpayers’ consumption. The more you consume, the more you pay it.

For Uganda, the companies that pay, usually claim it back in input costs. But in areas where companies are unable to convince the tax body for a refund, they choose to file wrong information, the paper indicates.

“This paper has showed that Uganda’s VAT compliance gaps are large but have been reducing over time…consistent with Uganda’s low but improving tax efficiency relative to its regional peers. As a percentage of GDP, the compliance gap was around 3.6 per cent of GDP in 2016/17.”

Manufacturing was found to have the biggest compliance gap, according to Lakuma, because it uses mainly agricultural inputs as raw materials. Agricultural inputs are exempt and therefore manufacturers cannot claim back VAT on their use, giving them leeway to file wrong information in an attempt to reduce their tax bill.

Manufacturers, who are the largest purchasers of agricultural products in Uganda, were found to have large compliance gaps, which means that the VAT exemption on the supply of agricultural goods is not recovered in the manufacturing sector.

This was due to reduction in imports during the general elections season, the lag effects of the global financial crisis, the effects of rebasing the economy from 2005/06 to 2009/10 and potential loss of information during the switchover from a manual VAT system to an e-tax system.

The paper notes that the supply of petroleum fuels for industrial use account for more than two thirds of tax expenditures in the manufacturing sector.

In the transport sector, it says, exemptions granted to trailer suppliers and the zero rating of international transport are key areas for audit by ministry of Finance.