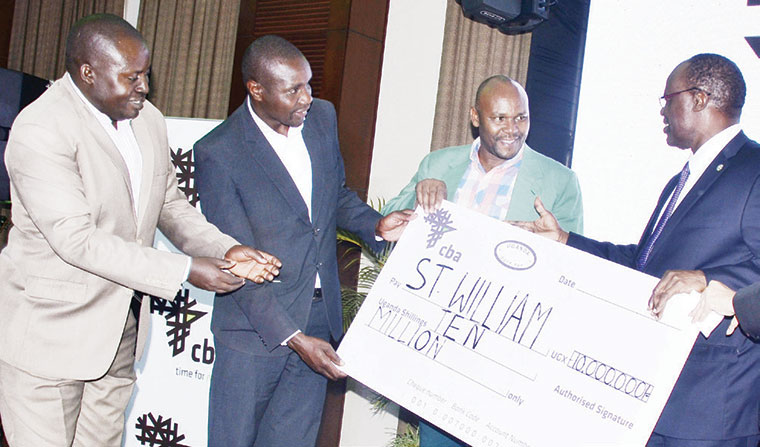 Commercial Bank of Africa (CBA) Uganda has bid farewell to Samuel Odeke, its inaugural managing director, and simultaneously appointed Anthony Ndegwa to take over the reins. This was announced last Thursday at a dinner at Kampala Serena hotel.

Odeke, a financial management professional boasting over 26 years of banking experience, oversaw the entry and establishment of CBA in Uganda.

Under his stewardship, the bank was able to secure an operating license with the first branch at Twed Towers, Nakasero. Ndegwa acknowledges the enormity of the task at hand; operating amidst an unpredictable economic environment, but pledges to pick a leaf from his predecessor’s notebook to consolidate the gains.

At the same event, the CBA Bank Uganda board extended Shs 10m to St William SS. The Sheema-based school suffered the full impact of the torrential rains that pounded the region earlier this year. The donation, therefore, goes towards ongoing reconstruction and renovations.

In the banking sector, Ndegwa has worked for First American Bank, Credit Agricole Indosuez, Citibank (in Kenya and Uganda), Standard Chartered Bank and Bank of Africa.

He is a Certified Public Accountant of Kenya (CPAK), a holder of an MBA from Herriot-Watt University - Edinburgh Business School and a bachelor of science in Business Administration from United States International University.